Facadism - the practice of gutting old buildings and leaving only the front or facade - is getting under the collar of heritage expert Allan Matson. 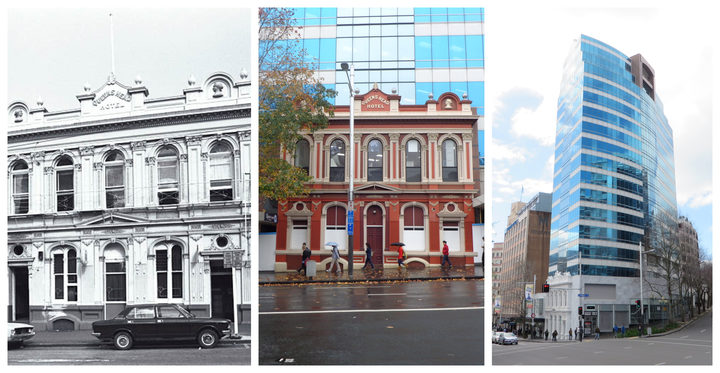 Matson is president of the Civic Trust which seeks to preserve heritage buildings and was an elected member of the NZ Historic Places Trust Board (now Heritage NZ) from 2009-2014 and a long-time critic of facadism.

"It's leaving the outer shell, it's the shell of the building, the skin, and removing all the inside of the building to facilitate the proposed development."

He says the practice probably came from the "bean counters".

"There is a facade of heritage protection - it's a great metaphor."

We have collective responsibility preserve some of our heritage, he says.

The art deco Jean Batten building in Shortland Street is an example of getting it wrong, he says.

"The building, its plan form was like an E and the middle part of the E was the toilet block - and that they should have demolished and then keyed in the rest of the building.

"Instead what they did was demolish both staircases - a streamlined moderne one at one end and at the other end an art deco one."

He says BNZ spent millions to "have that fight" all for "15 extra carparks." 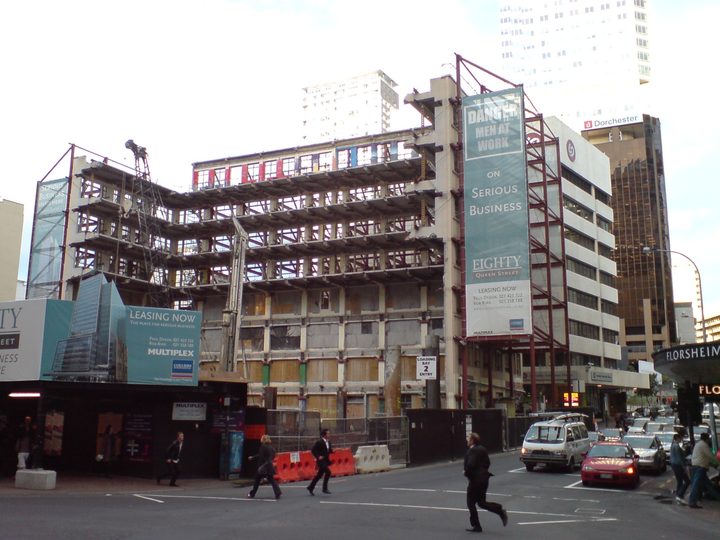 The Jean Batten building in Auckland City, New Zealand, after its almost complete demolition. Small sections were kept as part of the new skyscraper building seen on the advertisement billboard in front. Photo: Public Domain

He learnt the value of history and the integrity of buildings when visiting England as a boy, he says, and facadism does not do enough to protect that heritage.

"With buildings today, you walk through the doors of a facaded building and there's no sense of who was there because it's, you know, 1990s Gib board.

He says New Zealand does not value its built heritage as much as other countries.

"Because they're not educated. And who should have educated them? I think that was partly the job of the local councils and Heritage New Zealand."

Auckland's unitary plan does not offer much hope, he says, and the loss of heritage in the city is yet to reach rock bottom.

"We haven't got there yet, we're heading there.

"The unitary plan, they're busting the myth that 'don't worry the protections are better than they used to be' but that's really not much comfort because they weren't much good before."

He says he's not an absolutist and recognises that some things must go as time goes on, but there should be space for some heritage to be protected.

"If you're talking about the fabric of the city there is a place for modern and old together - you don't have to turn the old into a modern.

"I look and I see the approach generally is to take the easy option. My quest has been to force the authorities to acknowledge the heritage significance that exists."