Baby Mama’s Club the ground-breaking web series that features four Māori and Pasifika women in lead roles is back for another series.

The show, created by Hanelle Harris, is a dramatic comedy that follows four women in Auckland as they search for Johnny, the absent father of their children. 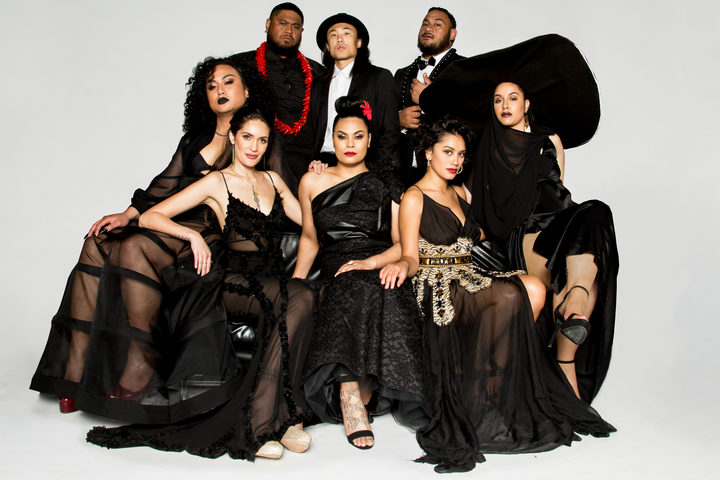 Harris plays one of the lead characters, Shan, and says the programme was born of a desire to see some realistic representation on the screen.

"The show is basically about four women who come together after finding out that they have the same baby-daddy, Johnny. He's dropped off the radar and they band together to hunt him down.

"It's about how women need each other despite the fact that society will pit you against one another."

Harris says it was a struggle, at first, to get Baby Mama's Club made.

"We were told by producers that it would have a hard time finding an audience, it was a really original idea but no one would watch it.

"Early on it was really hard to stay inspired because you kind of trusted those people know what they're talking about."

"There's a very damaging perception that having kids early ruins your life, it's just not socially acceptable. So for us it was about saying that we were proud to be mothers young and that it was a choice we made.

"I know for myself I can say 'I'm 28 now, I have two kids, my children have provided me with the motivation and the determination to actually make something of myself'.

The characters, she says, are heightened versions of themselves.

"As women, and having been at one point in my life a single mother, there's a real shame that you are used goods, that you are luggage, that no man that's worth it will actually want you because you come with X Y Z.

"It's about telling single mums that they can date - and especially someone like Kowhai, who has probably dedicated her whole life to raising her young daughter and missed out on those formative years as a young adult when she was getting to know herself and figure [out] who she was in the world." 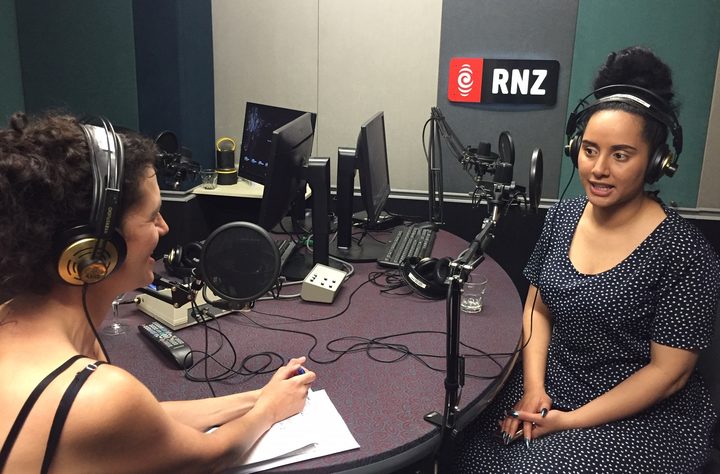 Harris' real life experience of being a young, brown mother is reflected on the screen.

"Myself and Moana ... our children used to go to the same primary school and it was a predominantly Pākehā school and as young brown mothers we did stick out like a sore thumb.

"We were often side-eyed. It actually caused so much anxiety around the pick-up because there would be this awkward lull where you're sitting there outside the classroom and all these mums' groups are around you, and no one includes you.

"For a long time my partner would be like 'ah, you're crazy, it doesn't happen' ... then he started doing school pick-ups and he was just really blown away at how exclusive those mums can be."

Harris says she conducted focus groups before writing the show.

"The predominant thing that came back was young mums find it really hard to find coffee groups or play groups when their kids are young because they feel a lot of judgement from those older mums."

Nevertheless, she says Baby Mama's Club is a "love letter" to the women that got her through a tough patch in her life when she broke up with the father of her son.

"I'd been with him for eight years - it was a domestic violence relationship. Coming out of that I came into the arms of women and that feminine energy nurturing allowed me to find myself.

"Especially if you've been in that kind of situation for years, there's a lot of re-learning to do."

Her life experiences make the show real and it has resonated with audiences, she says.

The second series of Baby Mamma's Club, funded by NZ On Air, is coming soon to TVNZ on Demand