The profits made by the big four banks in New Zealand is a smoking gun for a market with not enough competition, an economist says.

Some $5 billion flows from New Zealand to Australia every year, ANZ alone has made $2 billion from its New Zealand operation in the past year.

A recent report from the Reserve Bank and the Financial Markets Authority found that the Australian-owned banks were not guilty of the kind of systemic misconduct in New Zealand they've been caught engaging in at home - but it did not look at profits or market distortions - that was never in its remit.

Professor Tim Hazledine from the faculty of business and economics at the University of Auckland tells Noelle McCarthy that Kiwibank is the only tool in the government's hands to drive meaningful competition in the market.

"We should use Kiwibank to drive down the profits of the other banks, even if it means the Kiwibank itself making less money, given the other banks have 82 percent of the market and Kiwibank's got 7 percent, if it could act as a fighting brand in the banking market the beneficial spill overs to New Zealand business and consumers could be well worth it," he says.

"I think the only way we can really do it is by using a bank we happen to own, which is quite well established now, and turning it into an aggressive competitor, basically forcing through the market the big four banks to improve their game."

The apparent reluctance to tackle the "cosy oligopoly" is a hangover from the 1980s, Prof Hazledine says.

"We are stuck, it seems, with this Rogernomics idea that you shouldn't interfere with business, you should set it up and let it get on with the job, even if that means it says 'OK thank you we'll become a monopoly or a cosy oligopoly'," he says.

There was a time when the big four were all New Zealand-owned, but they were effectively abandoned, he says.

"They all got thrown out the door for whatever people would give for them in the Rogernomics era of the early '80s and '90s. 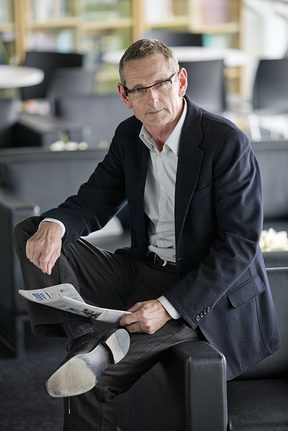 "We just sort of abandoned them really and got what we could, thinking that the private sector would be better able to run banks than the state sector - now we couldn't buy them back of course because they'd be worth so much more."

The recent Reserve Bank report was regulatory in nature and Hazledine says the Commerce Commission is the right body to look at wider matter of competition.

"Systematic charging too much for mortgages and not paying enough for term deposits is the thing that affects all of us - they [Reserve and FMA] didn't get into that at all, and nor could they.

"It was too limited an inquiry to really satisfy us about the big issues of competition. The Commerce Commission - which has become a lot more lively in the last few years, which is good - they are the people who will do it and I hope they do."

Banking is a mature business and such high profits for doing much the same as they always have is odd, he says.

"You wonder why they need to make so much profit, they're not doing much new. In Canada one of the banks, the Toronto Dominion, became the market leader by just doing a few things like opening on Saturday mornings."

"It's a factor in the building supplies industry: the Productivity Commission found large discrepancies in the price of plywood and cement just between us and Australia.

"It seems to be a factor in groceries - you can get on the rich list in New Zealand, seriously rich, just by owning one Pak 'n' Save outlet." 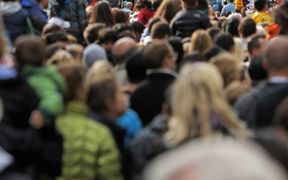