Peter Jackson on They Shall Not Grow Old

Kiwi filmmaker Peter Jackson's World War I documentary They Shall Not Grow Old is out in New Zealand cinemas today.

Making the film enabled Jackson to connect with his grandfather William Jackson's wartime experience – which he otherwise knows very little about, he tells Wallace Chapman. 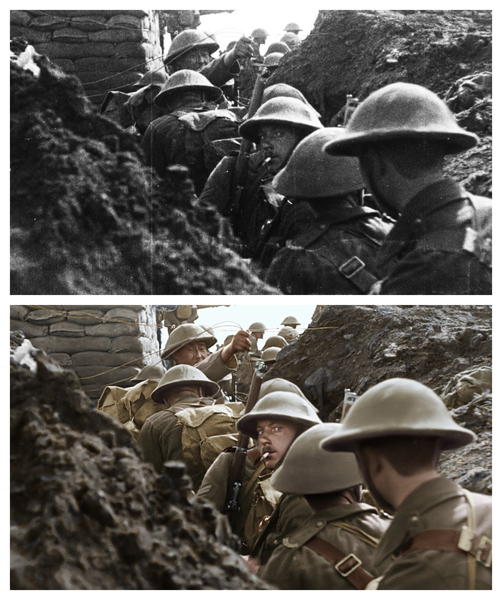 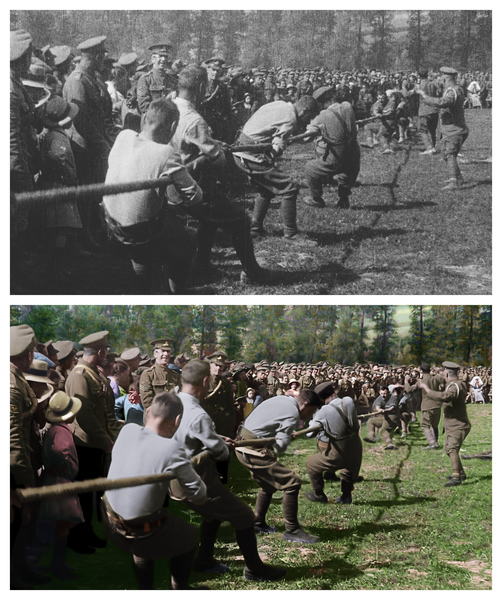 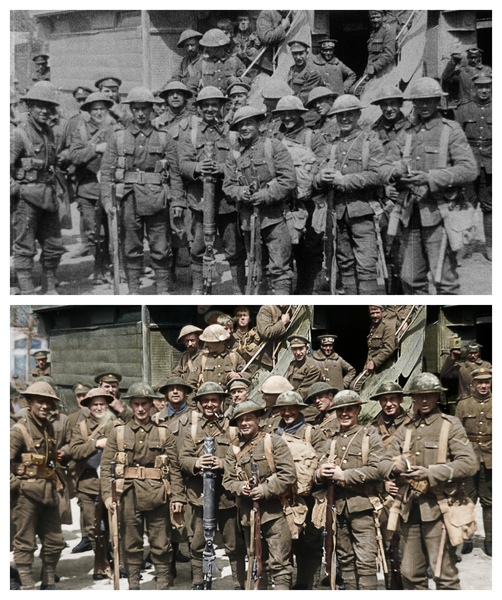 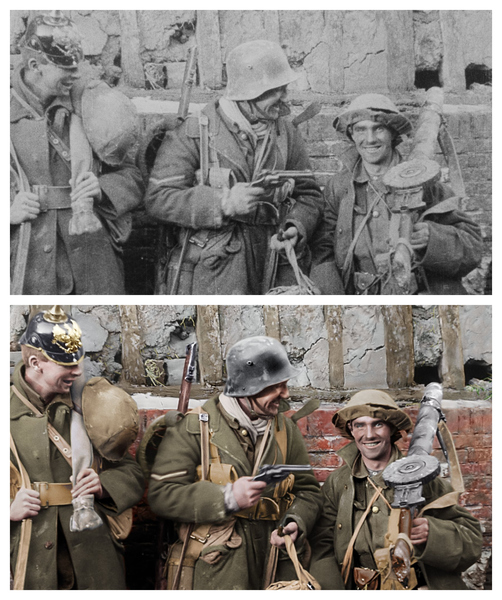 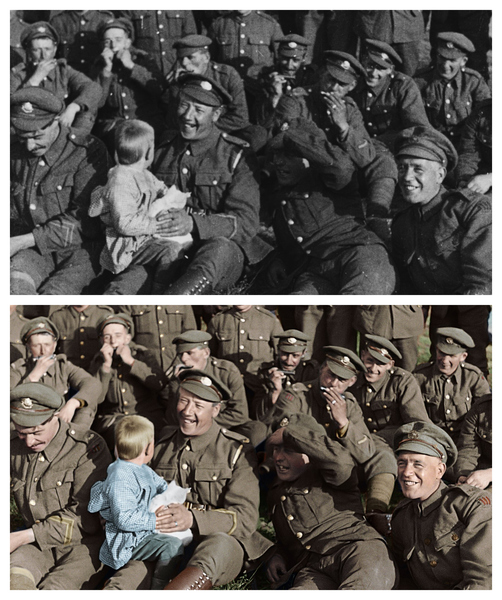 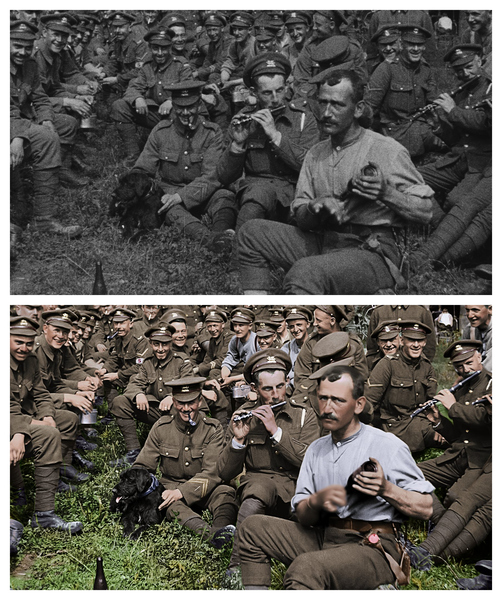 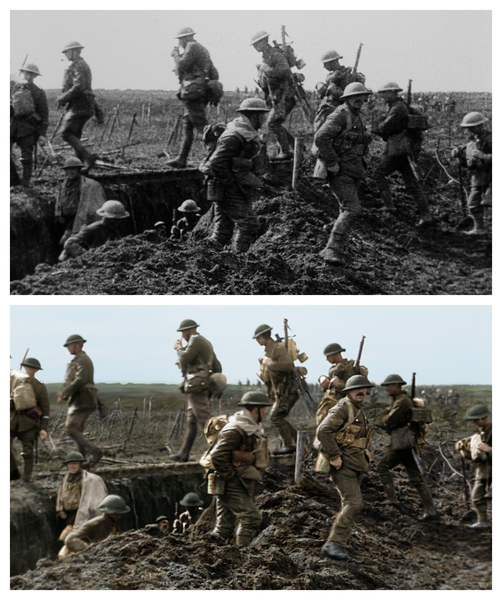 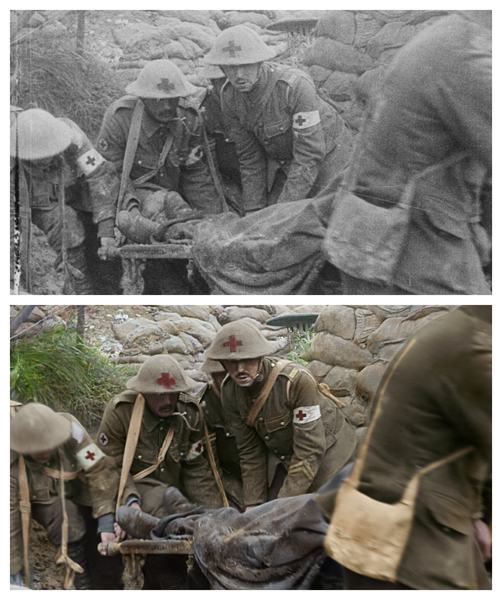 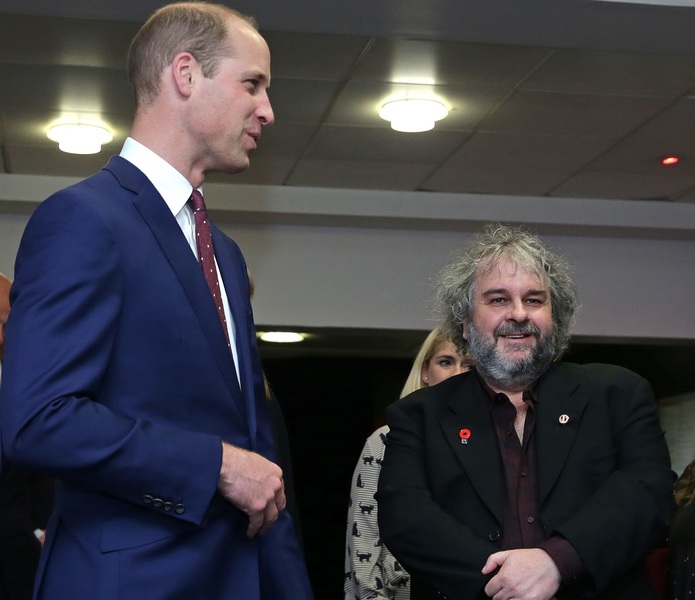 Prince William, Duke of Cambridge Sir Peter Jackson attend the world premiere of Jackson's film "They Shall Not Grow Old" during the BFI London Film Festival in London on October 16, 2018. PHOTO: AFP

They Shall Not Grow Old was commissioned by the British Imperial War Museums in association with the BBC.

It features 90 minutes of restored and colourised archival footage and a soundtrack created with clips from archival interviews with British WWI veterans.

Some reviewers have said the battle scenes in They Shall Not Grow Old far surpass any of the staged battles in Jackson's Lord of the Rings films, but Jackson won't take any credit for that.

"There was a limited amount of creation on my part, really.

"We didn't make this stuff up and we didn't have to attempt to make it up."

After seeing the soldiers' faces and gestures in the video footage, they "came alive", Jackson says, and he realised it should only be them we hear in the film – rather than narration by someone who was never there.

"They're coming alive on film so they should be telling their own stories in sound."

Jackson was able to zoom in on teenage soldiers in the archival footage and "expose" their very young faces.

He says it is shameful that the British Army allowed children as young as 14 to enlist, before the practice was stopped in 1917

"The British government turned a blind eye to kids joining up."

Jackson points out that it wasn't just the British, though. A 14-year-old Australian soldier lies in a grave at Gallipoli.

Jackson and film editor Jabez Olssen listened to hundreds of hours of archival audio for They Shall Not Grow Old – some recorded during combat, but mostly interviews with 200-plus soldiers in the 1960s and 70s, recorded by the British Imperial War Museums and the BBC.

Jackson says he was struck by how incredibly pragmatic the men were, simply telling it how it was without exaggeration and even without emotion.

In the 600 hours of interviews they listened to, only one man choked up, Jackson says.

"A generation of young men went to the slaughterhouse and so many were killed over there. But they're not actually asking for our pity – we have imposed it on them.

"These guys were made of strong stuff."

Jackson has no diaries or letters from his grandfather's World War I experience so listening to the veterans talk about their day-to-day experience gave him precious insight, he says.

"They all went through the same routine, the same training, they ate the same food… there's not really any guys that sort of go off on a tangent. They all say pretty much the same thing in different ways.

"It did let me connect with what [William] must have gone through… Everything in the film he would have experienced in one way or another, I'm sure."

Jackson says he only included in the film experiences that multiple people spoke of, including the sense of blankness many felt when news came that the war was over.

"You've got to imagine how intense it is that you could be killed at any second by a shell. So intense and then suddenly it's gone; as if a switch has been turned off. 'Okay, thank you, you can go home'.

"You could feel they were shocked and a bit lost.

"They'd lived and trained and become essentially professional soldiers… and by 1918, they were a very good army… and suddenly the war stopped and they didn't have anything to do.

"It sounds weird to talk about it like that, but you can imagine that state of mind, can't you?"

They Shall Not Grow Old is rated RP16 (parental guidance)