When Shane Warne emerged as a rare cricketing talent in the early 1990s, he single-handedly made the mysterious art of leg spin bowling fashionable again.

Warne went on to have a 15-year international career, taking 708 test wickets for Australia at 25 runs apiece and 293 ODI wickets at a shade over 25 runs apiece.

But the stats don't tell the full story. Shane Warne was a colourful showman, a touch arrogant, certainly – but when he was bowling, bars emptied. 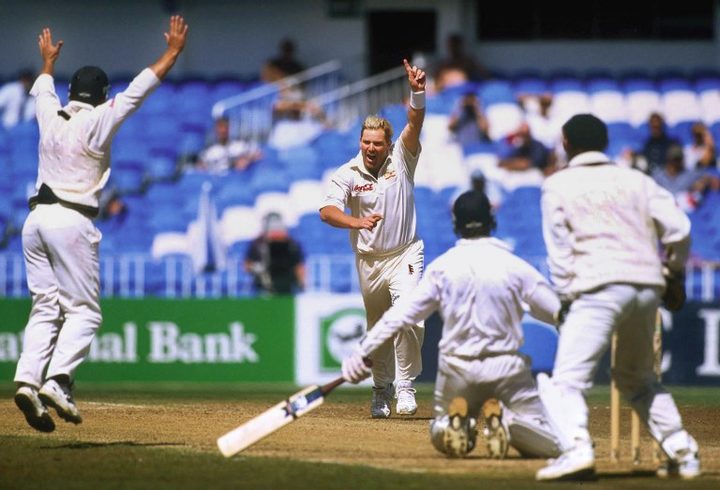 Shane Warne celebrates his test wicket-taking record of 355 on the last day of the first Test match between Australia and New Zealand at Eden Park 15 March 2000. Photo: AFP / FILE

Warne tells his story in the autobiography No Spin, written with Mark Nicholas.

In 1993, after Shane Warne bowled 'that ball' to English player Mike Gatting at Edgbaston Cricket Ground, he became as prominent on the front pages of British tabloids as he was on the back.

It was Warne's first ball in the first test of The Ashes and he had clean-bowled England's best batsman with a perfect leg break.

"I just tried to spin it as hard as I possibly could and in the end, it drifted and curled and dipped and then just clipped the top of off-stump," Warne tells Wallace Chapman.

Suddenly he was public property and the English tabloids couldn't get enough of him.

"I'd go to a pub for a beer during an Ashes series and walk out and there's ten photographers taking pictures of me.

"I'd get the bus to the ground and in the paper, they'd be 'ten things you didn't know about Shane Warne' and I'd be reading it and say 'I didn't know that either'.

"There's no school you can go to learn how to do that and how to cope. It was very intrusive, but I don't think I handled it all that well at times either."

Growing up, Warne had always wanted to be an Aussie Rules player and signed up as a junior with St Kilda.

But it soon became clear that, although a decent football player, he was never going to make the top flight in AFL.

Meanwhile, his bowling was coming on.

"I grew up in the late '70s and '80s and played junior cricket on matting pitches, this coarse matting that was put on concrete. So whatever the ball did it was accentuated. When it spun, when someone bowled spin, it would bounce and turn prodigiously. So I was a little bit intrigued by that, curious of the why and how.

"I started to try and do that. I bowled double bouncers and full tosses but every now and then I would land one and it would spin, and I had the natural ability to be able to spin the ball." 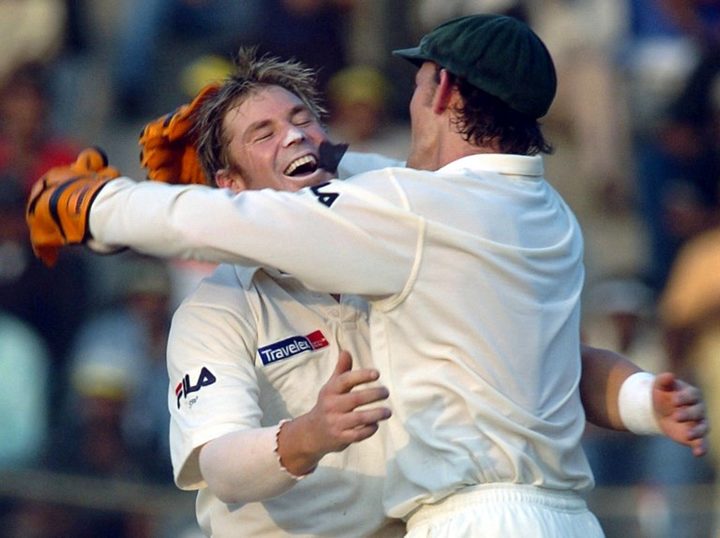 Warne was soon playing Australian state cricket, league cricket in England and after an ill-fated and short-lived stint at the Australian Cricket Academy made his debut for Australia in 1991 against India.

His debut in Sydney showed little hint of what was to come and he was "smashed around the park," Warne says.

But Warne had gotten a taste of test cricket and liked it.

Determined to get better, he hopped in his car and drove from Melbourne to the home of his old mentor, former test bowler Terry Jenner, in Adelaide.

"I stopped off at the bottle shop and bought a slab of 24 cans and knocked on his door unannounced and said 'gidday TJ'. He said 'What the hell are you doing here?'

"I said I just wanted to chat and that I'd brought a couple of beers we could chat over."

"He said 'Shane, you're overweight, fat actually, you've got no discipline and you think you're better than you are. You don't deserve to play for Australia."

Warne had gained 20 kilos while playing league cricket in England, but training with Jenner over the next few months he soon lost that weight and worked on the mental side of bowling spin.

"In the years gone by, I was basically bowling big leg breaks and wrong 'uns and flippers and all sorts of stuff, and I was waiting for the batsman to make mistakes. I wasn't trying to out-think them. I wasn't trying to have a plan against them. I'd say to myself 'I haven't bowled a wrong 'un for an over or so, I'll bowl one now'."

Warne went on to become a leading strike bowler in one of the best Australian cricket sides ever.

Some of the batsmen who faced him never quite recovered.

South African batsman Darryl Cullinan came to Australia with a big reputation in 1994, but had a horror tour and was clueless in the face of Warne's bowling variations.

Cullinan was dropped from the tour but came back four years later after scoring mountains of runs against other countries and seeking psychiatric help for his inability to play Warne.

Later he gave an interview to the Australian media, admitting that he'd had counselling for the demons that had haunted him after facing the demon leggie.

"There's this story about Cullinan, he said 'I've been playing the man and not the ball, I've gone to a psychologist and I've got my head right now I've got to watch the ball'. And I'm reading this going 'goodness me, this bloke's all over the place – I'm going to give it to him again'."

Cullinan eventually walked out to a warm welcome from an 85,000-strong Melbourne crowd and took his mark opposite Warne, who had the ball in hand.

"I linger around the stumps and I'm lingering with intent. Mark Taylor [the Australian captain at the time] says 'mate just get back to your mark'. I said 'no way'.

"I stood there and as he was marking centre, I was standing at the crease looking at my field and whispered to him 'hourly sessions, mate?' He looked at me and I said 'What colour was the couch?' His head snapped round and it ended in 'off' what he said to me. Three balls later, I knocked him over again for nought."

Warne has fond memories of his first tour to New Zealand in 1993. 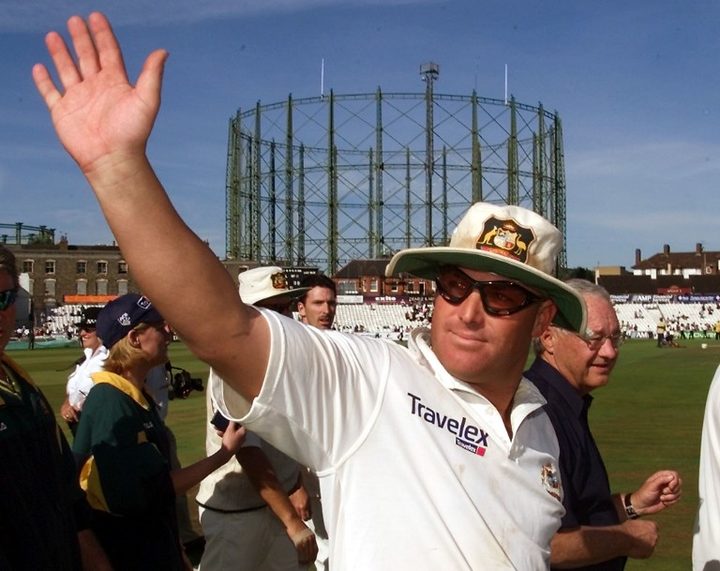 Shane Warne waves to the crowds after Australia defeated England on the final day of the fifth Test Match at the Oval August 2001. Photo: AFP / FILE

"New Zealand, they had a very good side – John Wright, Martin Crowe and Andrew Jones. Martin Crowe was a terrific player."

"You knew when you played a Stephen Fleming New Zealand team it was going to be a tough contest.

"Martin Crowe was a good mate, Dan Vettori is a good fellow, Craig McMillan, Nathan Astle... all those guys are really good fellas."

Warne retired from international cricket ten years ago and all forms of cricket five years ago, and he is now a commentator.

Last month, he was appointed to the MCC world cricket committee – an independent panel of former and current players and umpires with the power to propose changes to the laws of the sport

Warne has some advice for fledgling spin bowlers.

"If they want to be a spin bowler, try and spin the ball because you can learn how to be accurate, consistent and all that – but it's very hard to spin the ball."

Too many spin bowlers these days put accuracy and consistency over fizzing the ball down, Warne says.

"I call them slow bowlers, not spin bowlers."

“Any young boy or girl out there who wants to learn spin, just practise spinning the ball. That’s all I did, I tried to spin the ball as hard as I could all the time and I got quite good at it. Then it was a matter of working on consistency, accuracy and everything else.”

Shane Warne's autobiography No Spin is published by Penguin Books