A year after Darcy Clay released his 1997 hit ‘Jesus I Was Evil’, the Auckland musician took his own life. For the first time, his father Bob Bolton talks about his son's life and work in an interview with Wallace Chapman. 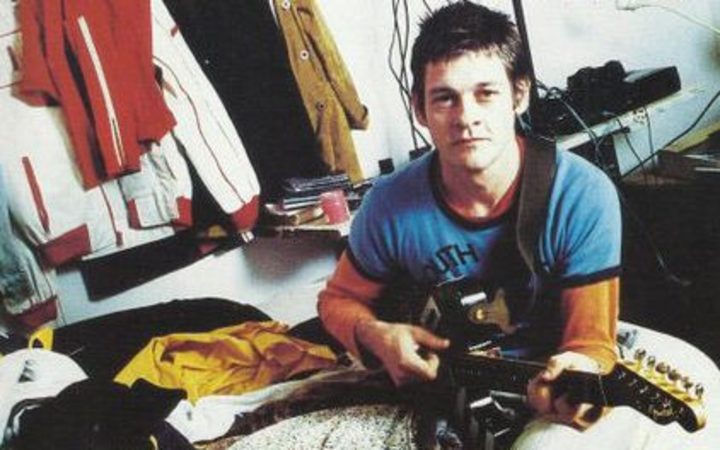 Darcy Clay on the cover of New Zealand Musician, 1997 Photo: via AudioCulture

‘Jesus I Was Evil’ – the riff-heavy 1997 debut single by Darcy Clay – is regarded by many as one of the best New Zealand songs ever written.

But the following year, Darcy Clay (real name Daniel Bolton) took his own life at the age of 25.

For the first time, his father Bob Bolton talks about his son's life and work in an interview with Wallace Chapman.

Daniel Bolton was born on 5 December 1972 and for the first weeks of his life, he was a very sick baby.

"By New Year's Day [1973] he was desperately ill in hospital," says Daniel's father Bob. "They never knew what was wrong with him, he just went into terrible organ collapse. He had three blood transfusions… then for some reason that they don't know, he came right.

"I think it was his own little character and his mother's nursing and love. After that, he had to go back to hospital every five years, but they never found out what caused it. After that he grew up into a robust, healthy, well-adjusted boy." 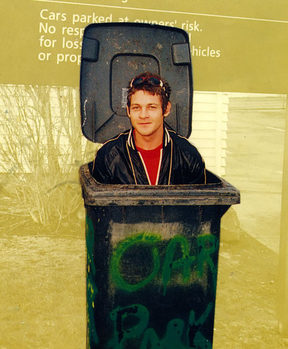 Daniel loved soccer and cricket and seemed to have an innate understanding of music – the family played lots of classical music at home: "Daniel really loved Beethoven, Mozart... and Mahler, I think, too."

When Daniel was 10, his mother Jo died of cancer at just 38.

He seemed more deeply affected by the loss than his siblings, Bob says: "More than the other two, he sort of switched off a little bit. He went a little blank and he didn't really want to know any of the details."

But after a couple of months, Daniel seemed to come right.

When he was 15, the Bolton family moved to Atlanta, Georgia, where despite being "not a very well-structured kid", Daniel thrived in the rigid American high school system.

He made good friends there and played the bass drum in the school marching band.

But Bob believes it wasn't until his early 20s that his son really found his passion for music – while staying in Sydney's Blue Mountains with Bob's sister's family: "It's my belief – and was my wife's belief – that that was where he got his creative freedom up there, it's a great place for that sort of thing.

"More than anyone, my sister discovered his creativity before anyone because he was there in his bedroom playing with his guitar and his keyboard ... My sister rang me up one day and said 'Oh Bob, you've got to listen to Daniel's music'. But he never really played it for me.

"Then one Sunday night he said 'Dad, listen to this' and he popped this cassette into the cassette player and played ‘Jesus I Was Evil’. I was immediately knocked out. I just knew instantly that it was absolutely original and a hit, a creative hit, you know?"

One day out hawking his cassettes on Ponsonby Road, Daniel encountered a famous Kiwi broadcaster.

"On one occasion he approached Paul Holmes. Paul Holmes was at the light in his green Jaguar. And he got blown off by Paul Holmes. He'd say 'Dad, if I ever get famous I'm never going on his show'."

Eventually, Tim Moon and RNZ's Trevor Reekie signed Daniel – aka Darcy Clay – to their label Antenna Records, and ‘Jesus I Was Evil’ went to number five in the New Zealand charts. There was also interest from the United States.

Bob believes that Daniel worried about following up the success of the song and became overwhelmed by the commitments and paperwork that came with the accolades: "That was, I think, an anathema to him. And I think he found that difficult." 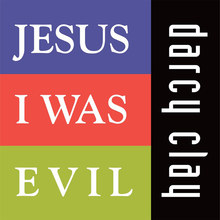 No one in the music industry was to blame for the fact that Daniel came under this professional pressure, Bob says.

"There's no other way you could do it. If you've got a hit and you want to keep going and go to America, you then have to commit to contracts and recording studios and all the discipline that goes with those sort of things. He probably didn't enjoy that pressure, but there was no other way.

"It was only in retrospect that we realised … he wasn't quite happy. He was 23, 24, it's not unusual. He had a pretty wild lifestyle and he was getting a lot of fame, a lot of attention, it didn't seem that unusual at the time."

"I don't think I'm qualified to judge any of these things. It's a great mystery."

In 1998 – a year after the release of ‘Jesus I Was Evil’ and three weeks before he was to perform at a suicide prevention event – Daniel took his own life.

"Daniel found all the hard things easy and all the easy things hard," his brother, the cartoonist Steve Bolton, said at the funeral.

"He had no trouble sitting in his bedroom and knocking out hits, but ask him to hold down a job or read a contract … he did everything a little bit off the wall. Everything was a little bit eccentric with Daniel, there's no question about it. It certainly made him a fascinating and interesting person. And I've never heard of anyone who met him who didn't like him."

Bob says his heart aches for anyone who loses a child under any circumstances: "I feel for them and I feel for myself, but I don't pretend to understand or know or have any answers. It's a very, very complicated thing.

"I see a lot of well-meaning advice about suicide and suicide prevention … There is never an article in a newspaper or magazine article that isn't followed by a long list of numbers that you can ring.

"Whether that works… I have no professional opinion, but I think the only people who understand suicide are dead, basically. And I think anything else is well-meaning but perhaps not well-informed."

"Losing a son at that age, it was depressing to me. I was depressed and helped a lot by other people."

Ahead of the re-release of Daniel's two EPs this year, Antenna Records' Tim Moon went over to Bolton's house to look through Daniel's stuff – including the electric guitar that's been wrapped up since his death.

Tim has been "wonderful" to Daniel's memory, his wishes and his family, Bob says.

"We went through together, for the first time in 20 years, Daniel's schoolbooks and all that sort of thing. I'd never been able to go through them and after 20 years I could.

"Everyone seemed to like Daniel. I've never heard a bad word against him. So that's standing him good stead as time goes by [with] all the people who knew him professionally and as a friend.

"I don't think so much of Darcy Clay, I just think of Daniel Robert Bolton, my youngest son, who was a dear little boy and a wonderful young man who was loved by everyone in my family and in my extended family. Yeah, good on Darcy Clay, but I still love Daniel Bolton."

This year, Darcy Clay's two EPs - Jesus I was Evil and Songs for Beethoven (a live recording of his support set for Blur) have been re-packaged and released on vinyl.

Where to get help with mental health: