Modern definitions of illness are usually listed by global health organisations, but they can carry stigma and are subject to cultural power dynamics, author Mike McRae says. 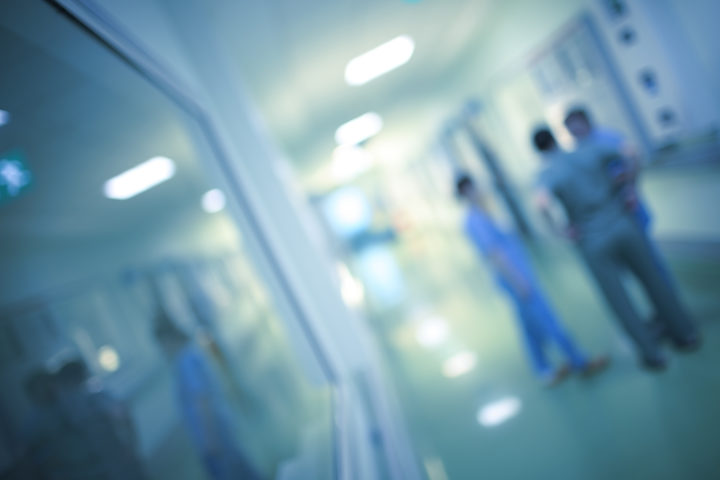 McRae is a science communicator with a passion for anatomy, disease and medicine and his new book Unwell: What Makes a Disease a Disease? explores the history of disease classification and the problems that system poses.

He tells Sunday Morning's Wallace Chapman there are a few supposedly definitive books that list the diseases of the world.

The troubles of defining a 'disease'

"The main ones that we tend to turn to are like the International Classification of Diseases which is a big compendium of all things illness that is put together by the World Health Organisation.

"The World Health Organisation will have a conversation with the people that are researching these things, they'll talk to doctors around the world, they'll look at the research, the literature.

"Then they'll kind of make a decision on 'well, is this thing that's in there already - does it still need to be a disease, can we get rid of it' or 'should we move it to another chapter - maybe we got the heading wrong', or 'should we put something else in there completely'."

The problem is that the definition of what a disease is can be very changeable. 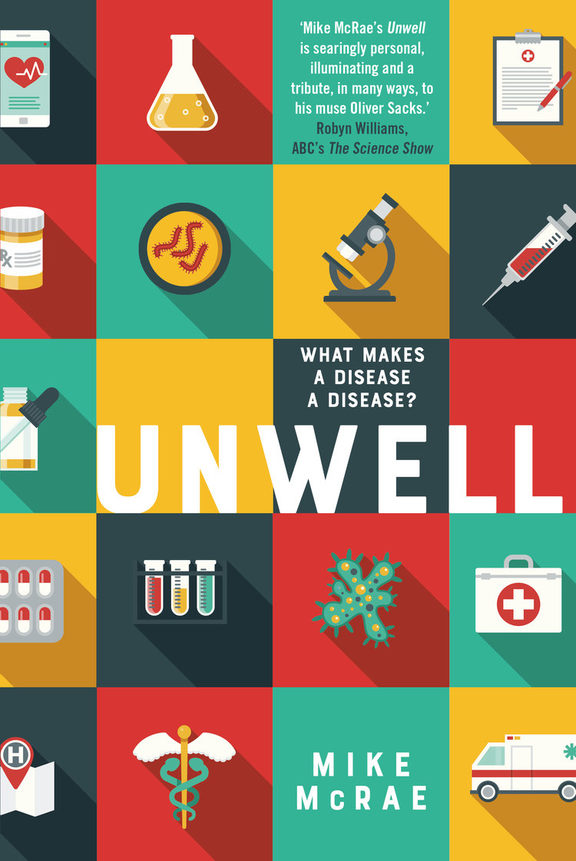 "Not all suffering is viewed as a disease," McRae says.

"Sometimes it's just 'something in life we have to deal with' or sometimes it's 'a disease' and this is the problem - nature doesn't care. In nature, we suffer ... biology goes on."

"The question really comes down to a blurry line of: how much are you to blame, and how much does your condition impede you from fulfilling some social obligation."

That means there's a cultural aspect to the whole process and McRae says that can be problematic.

"It's not just fuzzy and it's not just a pedantic discussion because it has such a serious impact.

"If you have a look at, for instance, the amount of funding you can get for raising awareness of breast cancer versus, say, lung cancer - lung cancer isn't quite as sexy as breast cancer because, well, people attribute it to smoking - even though not everyone who has lung cancer has smoked."

He says that for example osteoporosis was not considered a disease until about 50 years ago.

"Looking through the literature, you go to The Lancet which is a famous journal - back in the 1960s there was an argument that was going on over whether or not osteoporosis is a normal part of ageing: do we just get brittle bones, or is it a disease?"

Chronic fatigue syndrome is an even more recent example and still suffers from difficulty over classification.

"If you go back into the 1960s they were deciding then whether the strange incidences of lethargy that have sort of popped up across America in a couple of instances after they've had outbreaks of viruses [was a disease] ... 1980s was really where it started to come to the forefront because then you had it in the media - this concept called 'yuppie flu'.

"You had people who said 'look, clearly people who are just feeling really lethargic need to just get up off their bum and get out and exercise more' or 'they just need to get over themselves' and it was seen as this late 20th-century epidemic of people who were just too lazy.

"That stigma has stuck so there's still that little bit of a sense that 'chronic fatigue syndrome could actually just be 'something that people are making up'. 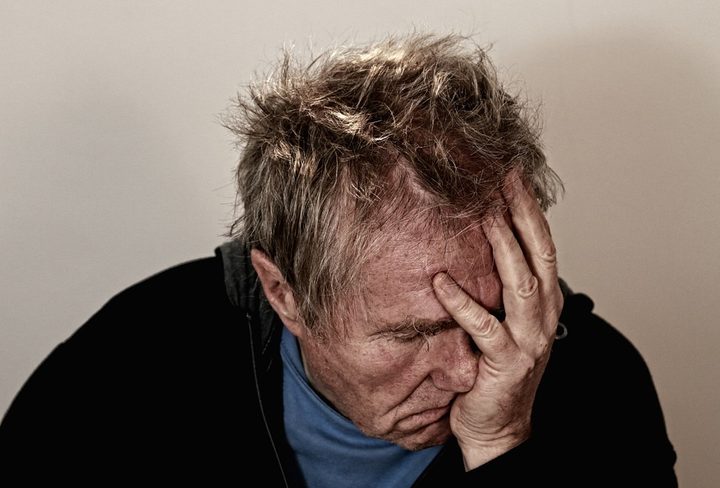 What's now known as chronic fatigue is characterised by extreme fatigue that does not go away with rest and can't be explained by another underlying medical condition.  Photo: creative commons - pixabay - geralt

"Over time, we've looked and gone 'can we find something physical' and this has been the difference … we are finding more and more links between various biological differences, and things like chronic fatigue.

"We'll get to the point that we can then diagnose it better, we can treat it, and then it becomes an actual disease.

"What a shame we have to get to that point - because, there's just so many people who have just lost faith in the medical system because they're saying 'I'm suffering and yet I'm ignored, why do I have to deal with this?'."

Medicine and a history of cultural subjugation

Just like there are problems with getting actual problems to be recognised and treated seriously, there is also a long history of the opposite: things that are misconstrued or misunderstood as a particular disease. Many conditions that have been considered diseases in the past are now no longer listed - for example, 'Americanitis' or 'neurasthenia'.

"In the 19th century we're learning more and more about how the nerves work and this one guy came up with this idea of saying ... 'I wonder if it's linked with the nervous system and I wonder if the nervous system is sort of you're born with so much energy in it and over time it just depletes'," McRae says.

"It was basically a mix between chronic fatigue, and depression and anxiety and impotence and eating disorder - it was everything rolled into one.

"Neurasthenia was quite a popular condition for quite some time, in fact it was the number-one diagnosed condition across the western world."

There are other examples however, where disease classification was used to uphold cultural and societal power structures - sometimes racist, sexist or homophobic.

"There was a gentleman in the US centuries ago who came up with this disease who basically said that those slaves who wished to flee, who don't actually wish to be a slave - they must have a disease.

"What that allows you to do is then say 'clearly you're not to blame but there is something physical broken, and now I as an authority can fix that': You no longer have responsibility over it, this is something that we can actually 'repair' in some way."

These kinds of power struggles go back centuries.

"Hysteria - so, since ancient times we blamed this 'wandering uterus' the fact that a womb doesn't sit still, for women just not acting like we want them to act."

He says treatments included everything from impregnating women, to in the 19th century giving women an orgasm, or "paroxism, because [it was suggested] 'women don't appreciate sex in the way that men do'."

"That was a way of subjugating, of basically exercising control over a population because we say 'you're not behaving as we want you to behave'."

"The tragic example that still persists to this day, believe it or not, is 'conversion therapy' for homosexuality. We still have people who identify as having a sexuality that other people go 'that's broken, that's wrong'.

"Not only that, we'll actually use the guise of science to try and correct it. It's shocking that this actually happens - it's pseudoscientific and it's pointless, it's one of those things where something's pathologised because 'you don't actually fit what we deem as normal or moral'."

The line between illness and responsibility

Part of the reason for all this confusion, inconsistency and injustice is because of the difficulty of drawing a line between where an illness causes someone to lose their control over themselves, and where they have to take personal responsibility.

He says this is a question he struggled with, and had to rewrite his book to reflect what a personal effect that problem has on people's lives.

"When I first wrote 'unwell' it was very much a textbook sort of thing ... science is very objective, it's cold, you keep that distance from it. 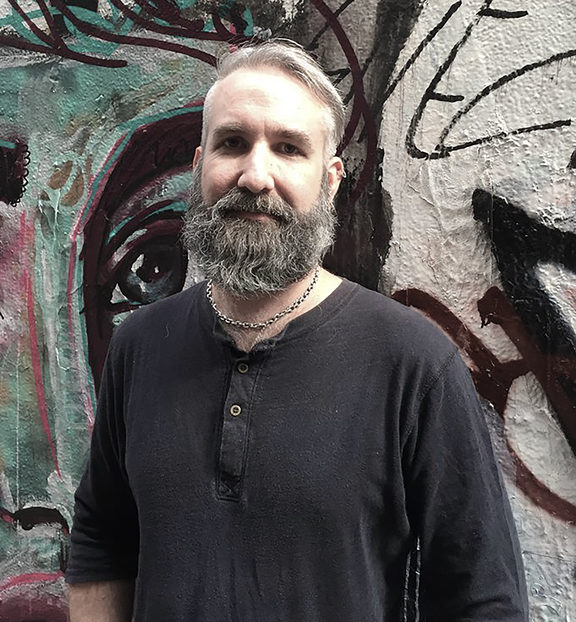 "When talking to people and looking at their own life and seeing how illness doesn't define us, but still sort of has a role to play in our everyday life, I think it allows me to put into context that whole dichotomy a bit better.

"My partner for example, she was diagnosed several years ago with ADD [Attention Deficit Hyperactivity Disorder], and she's a late 30s, professional intelligent woman, she's a teacher, and yet you often think of ADD being just recalcitrant teenage boys just not behaving.

"It really seriously affects her life - this is something where her diagnosis was a huge deal for her because it meant now that she had an understanding of how her brain worked a little bit differently.

He says even though he has spent so much time researching illness, he still sometimes gets "cranky".

"Can you just close a cupboard door, can you put your shoes away', and my brain goes 'yes she has ADD but where does the ADD stop and her personal responsibility begin.

His solution was to look at the history and the science.

"Disease does not have an easy definition ... for centuries, scientists have looked for this defining line between you and your brain. Philosophically we can't answer it - we can't say yes or no, free will exists or it doesn't, we can't see where agency begins and ends.

"There is nothing we can do to look inside a brain and actually see where you start and stop and yet so much depends on it - medicine depends on it, our justice system depends on it, and yet we don't even have a definition for it." 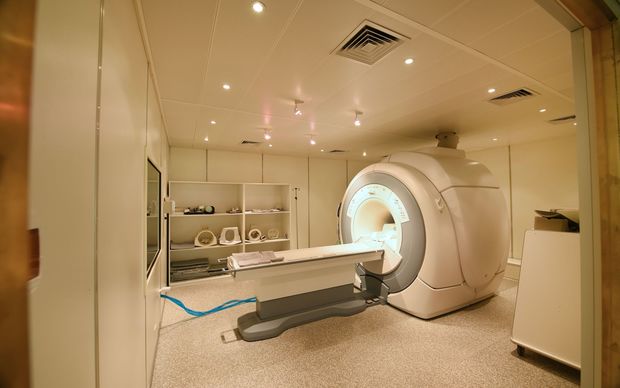 Neurologists use MRI machines to study the brain. Photo: 123rf.com

Looking at that problem, and considering what it means for mental health, disease and disorder is a daunting prospect - and it's not helped by the divide between psychology - the study of the mind and behaviour - and neurology, the study of the brain.

"There's this spectrum in there that still sees the mind and the brain as separate things, now, you wouldn't think that with your liver: no one looks at your liver and sees the function and the biochemistry as distinct - it's a physical system.

"For some reason with the brain we still see the brain as being this meaty organ that does things and then the mind as something separate from it."