Farah Palmer on women in governance in sport

Dr Palmer, who is also a senior lecturer in management at Massey University, was the first woman to be elected to the NZ Rugby Union board. 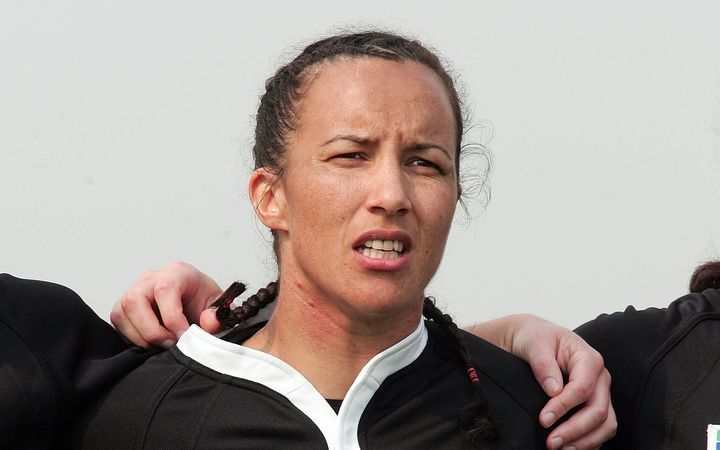 She spoke in Auckland over the weekend at the first NZ Rugby Women in Governance Conference, which aims to bring together women from executive roles in New Zealand rugby to support them and the sport.

She says the event was partly to show women in rugby governance roles that there is support for them around the country.

"We really just wanted to let everyone know, 'look, you may be the only woman on your board at your province or at your super rugby club, but just to let you know you're not alone: look at all these other women who are doing great jobs in terms of governance and what can we learn from each other, what networks can we set up, where to from here'."

Dr Palmer says New Zealand needs to take a two-pronged approach to increasing the representation of women in governance roles across sports.

"One is agency, it's getting women to put their names forward and being confident and brave enough to do so.

"The other part is a structural change and maybe that's looking at constitutions and looking at the process in terms of how people get on our board, and what we can do as an organisation to ensure there's greater diversity on our boards." 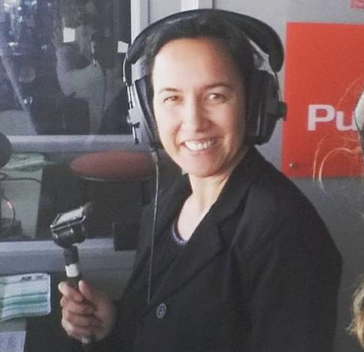 "Greater diversity of thinking is what creates greater governance, better governance and of course that'll be better for our game."

She says she herself initially felt discouraged and hesitated to put her name forward for the NZR board role.

"I suppose I wasn't sure if I was the right person to even consider putting my name forward and so I had a lot of self doubt and that was the hardest part for me was just being brave enough to go 'look, just be brave, put your name in the hat and just see what happens.'

"Once I did that and once I got on, it's been challenging but it's also been really really exciting and rewarding."

Prime Minister Jacinda Ardern also spoke at the conference and said rugby still had a long way to go towards being inclusive before it could really be called the national sport.

The New Zealand women's rugby side, the Black Ferns, has been in nigh-unbeatable form.

They've won five world cups, been named world rugby team of the year, and more recently trounced the Australian side in two test double headers - first winning 31-11 in Sydney, then a 45-17 drubbing in Auckland on Saturday.

Despite this strength of performance, contracts for the team's players have only recently been awarded after the disparity with the men's team was highlighted, particularly by top player Portia Woodman. 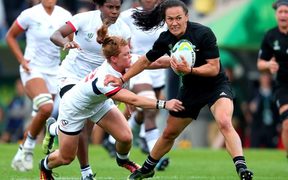 Portia Woodman was part of the World Cup-winning Black Ferns and player of the year at the World Rugby Awards. She talks to Kathryn Ryan about her busy year on the field, and where she sees the game… Audio

Dr Palmer says much progress has been made.

"We're not calling it a curtain raiser any more, we're calling them double-headers, we're showing that we value the women's game as much as we do the men's game and we're just trying to improve that and change the mindset of people."

"It's not only that … 28 of the Black Ferns players have been contracted, we have contracted Black Ferns Sevens players as well, we've got more teams in the - I'm going to say it even though I hate saying it - Farah Palmer Cup.

However, there's still a lot more work to do to support women's rugby in New Zealand.

"The Rugby Women in Governance conference we had yesterday was just another indication that we understand that we need to have equality and equity at every level of the game."

"This is a cultural change for a lot of people.

"We just need to all kind of say to ourselves 'you've earned the right to be there', and then you can earn respect - because it is a big change for some of the groups of our rugby community to address."

Read more about sport and equality:

Other countries appear to be seeing the example New Zealand is beginning to set and also putting more resources into women's rugby, pushing the game to a more competitive level.

Dr Palmer says there are several nations to watch out for.

"Of course we've got the northern hemisphere teams - we've got England, they're always the ones we love to beat in the world cup - and we've got teams like Canada as well, they do a really great job.

"They're definitely doing things in Australia to try and encourage the development of women's rugby in Sevens and in 15s."