The Chase's Governess, Anne Hegerty, puts the quiz show's popularity down to its intense, exciting format and its affable, welcoming host.

TV quiz show The Chase has taken off in the UK since it first went on air in 2009, and is a hit in New Zealand too where it is regularly up the list of the week's top 20 most-watched TV shows.

The show's format is simple: contestants play against a professional quizzer, known as the chaser, who attempts to prevent them from winning a cash prize. 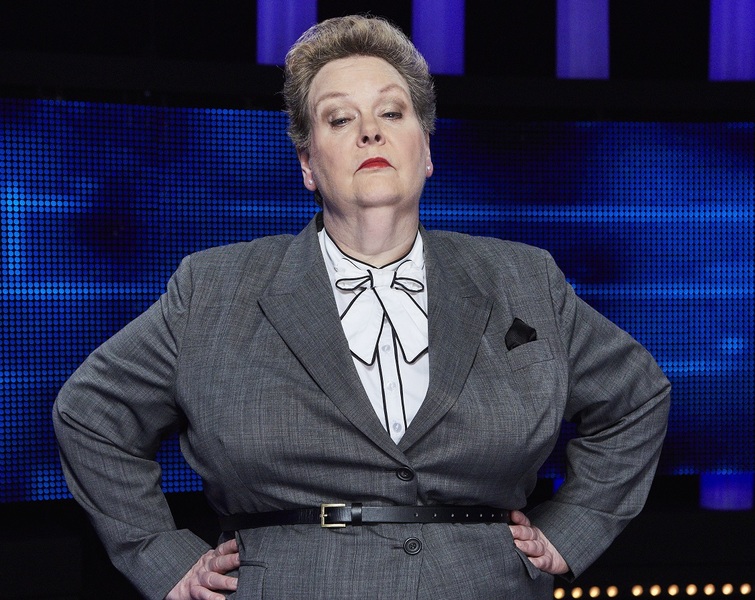 Anne Hegerty, one of the Chasers on the popular ITV quiz show that screens on TV One in NZ. 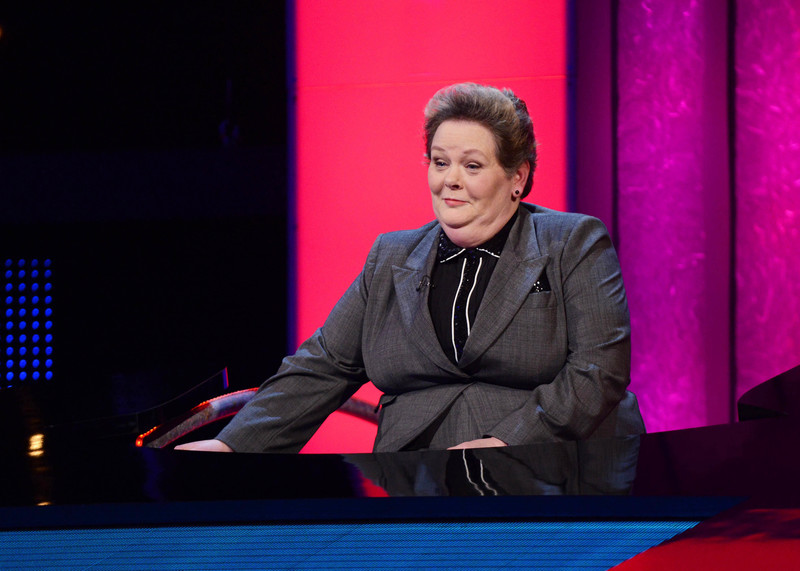 Anne Hegerty, aka The Governess, in action on The Chase. 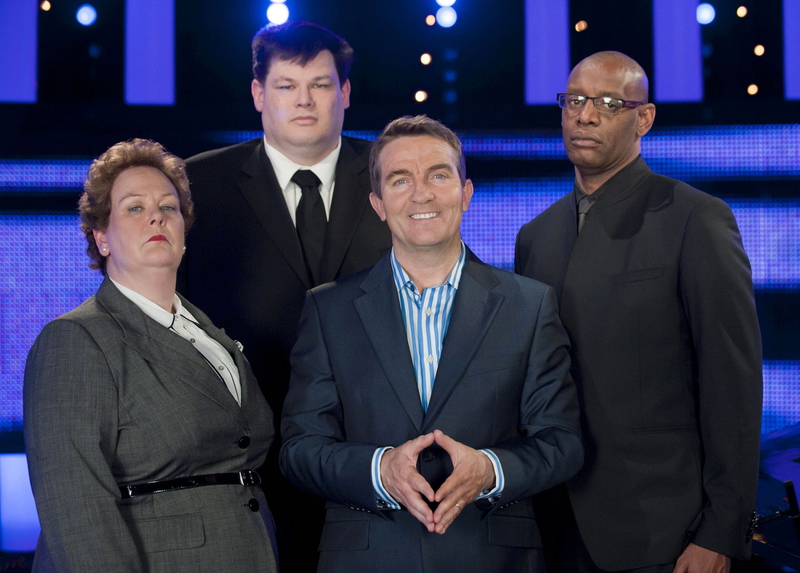 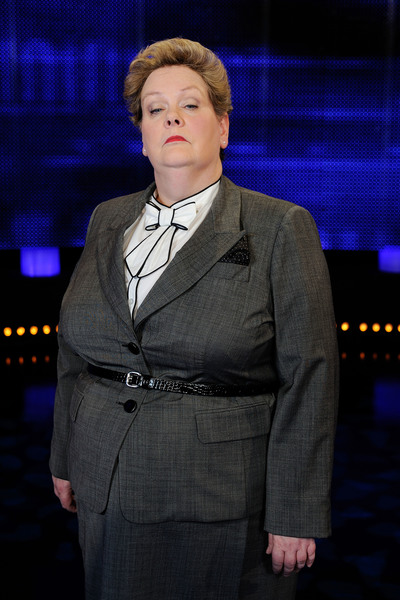 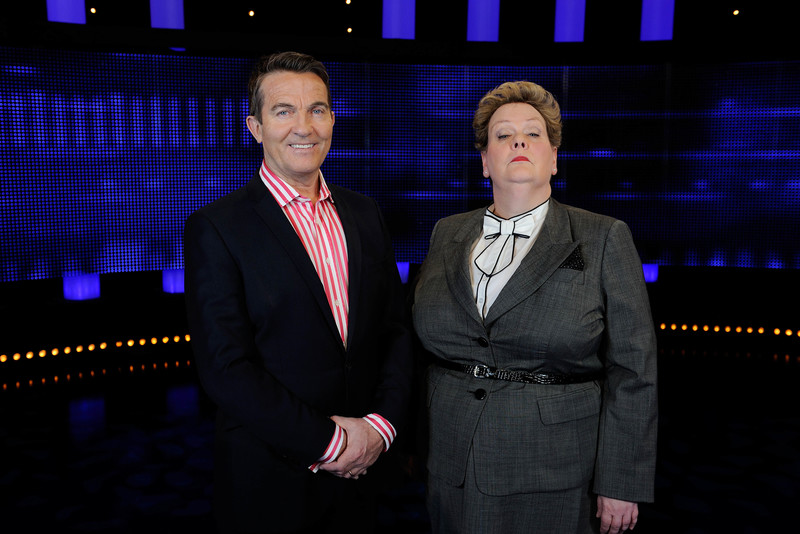 Hegerty, aka The Governess, was in New Zealand at the weekend as part of a whirlwind visit from the UK to promote the show - not that you'd think it needs a lot of promotion with an average of 1.3 million Kiwis tuning in a week.

Hegerty's persona on the show is strict, haughty and daunting - but as she says that's largely an act.

Hegerty has quiz pedigree and it was her involvement in high-level quizzing in the UK that brought her to the attention of The Chase producers.

"Back in the 1980s I was on Mastermind, I didn't do very well, but one of the things you can do once you've been on Mastermind, there is this sort of social club that you can join."

Through membership of that club she became involved in the UK's high-level quiz circuit.

She dipped her toe into TV quizzing when she auditioned to become an egghead on Are You an Egghead?, another popular British quiz show.

"I didn't actually become an Egghead but I was third on that competition, and that sort of put me on the map. I didn't realise, but the quizzing community is a little incestuous community and everyone knows everybody.

"Just about that time they had been looking for their female chaser, hadn't found one, had gone ahead with the pilot series without one, and that went out in June 2009 and by July 2009 people were talking about me as a potential chaser and I got the job the following year."

She has what she calls a "sticky memory" and retains information she is interested in - and her interests are wide-ranging.

"I'm sad and tragic and I don't have a life. I stay home and I read a lot. I'm always surfing the web, I'm always looking things up on Wikipedia, I just sort of get curious and think 'I must know more about that'.

"There are some things I really try to remember and they just will not stay there. I'm really having difficulty remembering all the hits that Drake has had because it's just ridiculous, so yeah, some things do fall out. "

The Governess character and her starchy costume emerged through Hegerty's banter with host Bradley Walsh, she says.

"She was going to be called the headmistress and then during rehearsals Bradley started calling me The Governess, and I subsequently realised that this was a great compliment because his nickname is The Governor.

"I simply liked the idea of being called The Governess better, I think because a governess is more of a freelance, she can do what she wants, she hasn't got the school board telling her what to do. She's just Mary Poppins and she can do anything."

She puts the show's popularity down to its format and its affable host.

"It's a great format, it's easy to understand and it's exciting. The final chase is just some of the most exciting TV that you will see, so there's that.

"I also think that Bradley is just the most massive, massive asset, Everyone adores Bradley. He's so, so good, he's such a pro, and he's such a nice guy to work with and I feel that's another reason why it's such a hit."

Walsh plays the clown on the show but is no fool, Hegerty says.

"He's so good at being friends with contestants. He's really quite smart, he was trained as an engineer and there are no stupid engineers - he quite often knows the answer to a question when he pretends he doesn't, but he will let the contestants show what they know, he will let us show what we know. "

Hegerty is on the autism spectrum and was diagnosed in 2005, she struggles with certain tasks, so much so that she almost lost her home some years ago.

"I'd had all my life what they call executive dysfunction, which sounds very much like laziness but it's like where you really want to get things done and you just simply can't see your way to doing it, you can't get the brain cells lined up without getting distracted."

This meant that while she was working happily as a freelance proof reader, she had neglected administration.

"I live in a flat that's owned by a housing association, it's called shared ownership. You own half the flat, you pay rent on the other half.

"I had essentially not been paying my rent and one of the housing association's officers sort of knocked on my door and she charged right in and said 'right we will fix this, we will sort this out'.

"She sent round this brilliant social worker who filled out all the forms, got me on a housing benefit and got me on disability benefit. "

These days, her busy life can be a challenge, she says.

"I live in Manchester, and the show is recorded 200 miles away. There is a degree of organisation in getting myself packed and putting everything in the car and getting myself down to Elstree.

"Honestly, I swear, I wake up in the morning and I have coffee and I have a shower and I have breakfast, and I drive myself to the studio, and I get made up and I get changed into my costume and I'm on the studio floor, and I'm like 'right, I've done all that difficult stuff and now this is the easy bit'."

And she thinks there's life in The Chase yet.

"I remember Bradley saying to me 'I reckon we've got five more years', and that was four years ago. And people keep on saying 'five more years', it keeps on rolling over. I'm very happy to stay with it as long as they want me to."