Sand is the most extracted solid material in the world with 50 billion tonnes mined a year, used for everything from roads and buildings to mobile phones - and we’re running out. 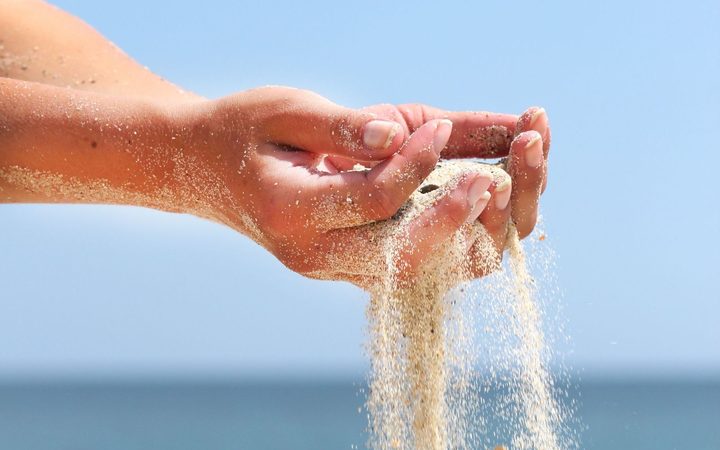 Investigative journalist Vince Beiser has written a book The World In a Grain about the planet’s falling reserves of sand and humanity’s need to find better ways of using it. 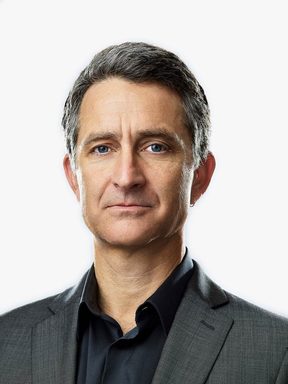 “I thought what most people think when they hear about the issue, which was ‘sand, really? Sand is that important?”

“We need concrete, we need to use sand to make concrete ... it’s the foundation of modern civilisation.

“We could not have modern roads, modern buildings, office towers, dams, airports. None of this stuff would be possible without concrete.”

He says sand is just about the most abundant material on the planet, so most of it gets used locally.

“People don’t really think about this much, but 100, 120 years ago there was almost no concrete in use at all on the planet. All our buildings were made out of brick, out of metal, out of wood.

“It just came out of nowhere and took over the world. And the reason for that is it’s really a great building material: it’s cheap, it’s easy to use, the raw materials for it are cheap and abundant, easy to find.

However, because of the scale of construction in the world today, problems are starting to arise.

“In 1950 there were only about 750 million people, worldwide, living in cities. Today that number is four billion.

“We’re building the equivalent of eight New York cities every single year on this planet.”

“We use 50 billion tonnes of it [sand] every single year, which - and the comparison I use for Americans is that’s enough to cover the entire state of California an inch deep in sand, every year.

Beiser says Shanghai gives a bit of an idea of the scale of the problem. 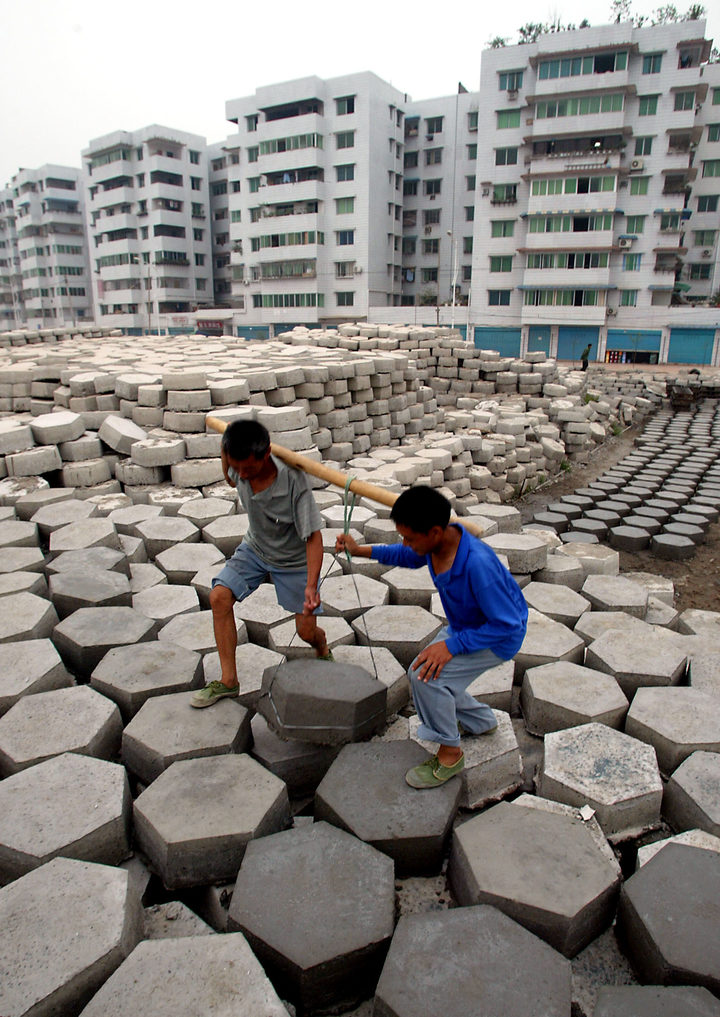 Workers carry the cement slabs which will be laid along the banks of the Yangtze River, to prevent soil erosion at the new Fengdu town with newly built apartments blocks in the background, upriver from the giant Three Gorges dam project, 16 June 2003. Photo: AFP / Goh Chai Hin

“Shanghai has absolutely exploded in the past 20 years. They have build more skyscrapers in Shanghai in the last 20 years than there are in all of New York city, there’s something like 30 million people just living in that one area.”

He says sand for Shanghai’s construction used to come from the Yangtze river.

“They realised they were doing terrible damage to it, they were wrecking fisheries, causing riverbanks to collapse.

“Villages were actually sliding into the rivers because so much sand was coming out.

“So they had to stop sand mining on the Yangtze river, and they moved it to a place called Poyang Lake - which is the biggest freshwater lake in China that’s now become the biggest sand mine in the world - and now it’s starting to have its own very serious environmental problems.”

He says the need for sand is everywhere.

“There are places in Morocco … beaches in Morocco that look like the moon now, where they’ve stripped the sand right down to the rock beneath."

Morocco might have desert as well as beaches, but the sand used for construction needs to come from sea, lake or river - having been eroded by water instead of wind.

The associated environmental problems also have a large effect when mining the seafloor, as is done in New Zealand.

“First of all you are literally sucking up the seafloor itself, so whatever was living on that seafloor - so fish, crustaceans, plantlife - is dead.

“The other thing that happens is when you do that you stir up huge amounts of muck, right, sandgrains and mud and all kinds of other junk, that gets suspended in the water, it takes a long time to settle back down.

“While all that junk is floating around in the water it blocks sunlight, the sunlight that’s needed by things like coral reefs to survive.”

He says he’s not sure what the solution to the problem might be.

“We need this stuff, especially in a world where the population is growing so rapidly. We’re at 7 billion people, we’re headed for nine billion. All those people need housing, they need places to work. 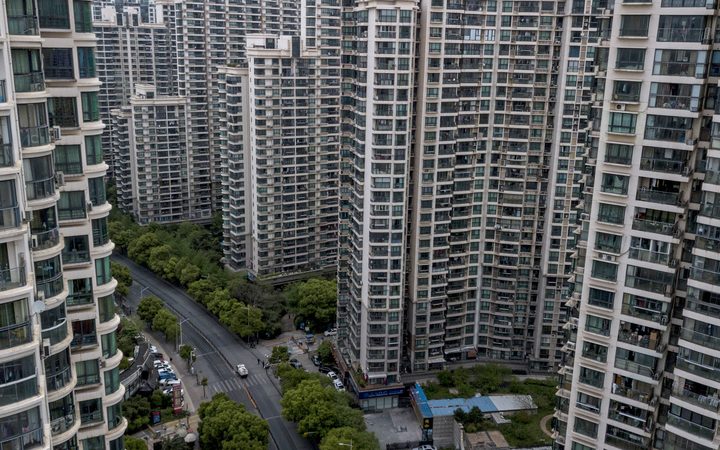 “Even if tomorrow we could find some new miracle substance that we could replace it with - let’s say that we found something that you could make out of bamboo - then we would still need 50 billion tonnes of bamboo to keep up the pace of building."

There is some promising research going on which could help, he says.

“There are a lot of researchers around the world who are doing really interesting work on making better concrete ... that for instance uses less sand … or concrete that lasts longer so you don’t have to rebuild as often, or concrete that uses other materials besides sand.

“Some folks that are looking at using bamboo in concrete, or shredded recycled plastic, or coming up with just different compounds that will give you the same strength but with less sand."

He says that’s not the only answer however, and we need to start being smarter about using sand and concrete, in the same way as we do with other resources.

“We need wood, we need to cut down trees for wood, but we can’t just go on just clear cutting rain forests all around the world, so we need to start really start thinking about sand in the same way.

“Find ways to build our cities on a smaller scale … use fewer resources all across the board.”

Vince Beiser's The World in a Grain: The Story of Sand and How it Transformed Civilisation was supported in part by the Pulitzer Center on Crisis Reporting. The book is due out in August.