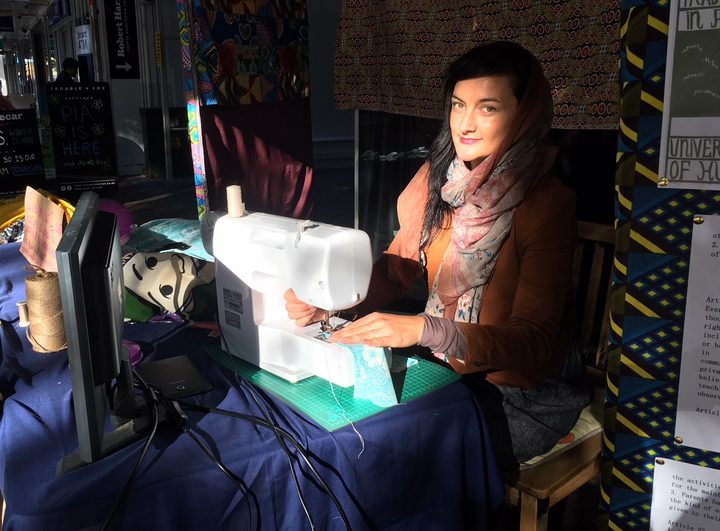 A Nelson nursing student spent last week trying to live her life as if she were a garment worker in Bangladesh, in an effort to highlight sweatshop practices.

Yasmeen Jones-Chollet worked 16 hours a day sewing bags on Trafalgar Street in Nelson, only allowing herself to take three 10-minute breaks a day.

In keeping with sweatshop practices, she wasn't allowed to talk to other people or see her five-year-old son. However after her shift ended at 10pm each night she was allowed to upload a diary note to her Facebook event page.

After seven days of hard graft, she spent yesterday in Trafalgar St giving away the bags and talking to people about exploitation of workers.

Ms Jones-Chollet said she did it to raise awareness of exploitation in the fashion industry.

She says after watching the documentary Udita she felt compelled to do something.

"I'm really impressed with myself for being so disciplined. In the end I was taking less than ten minutes and a few days I only took two breaks...a couple of days I forgot to eat my dinner because I was so focused.

"I felt stressed, I felt like I had to make the bags." 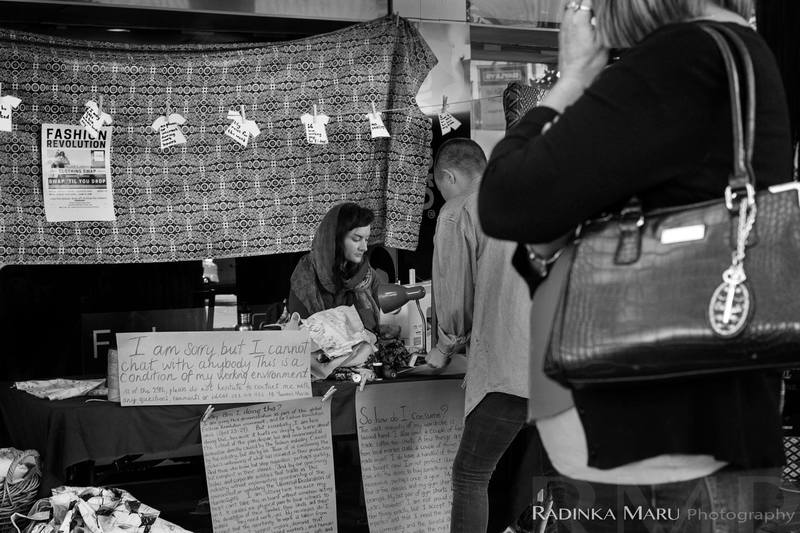 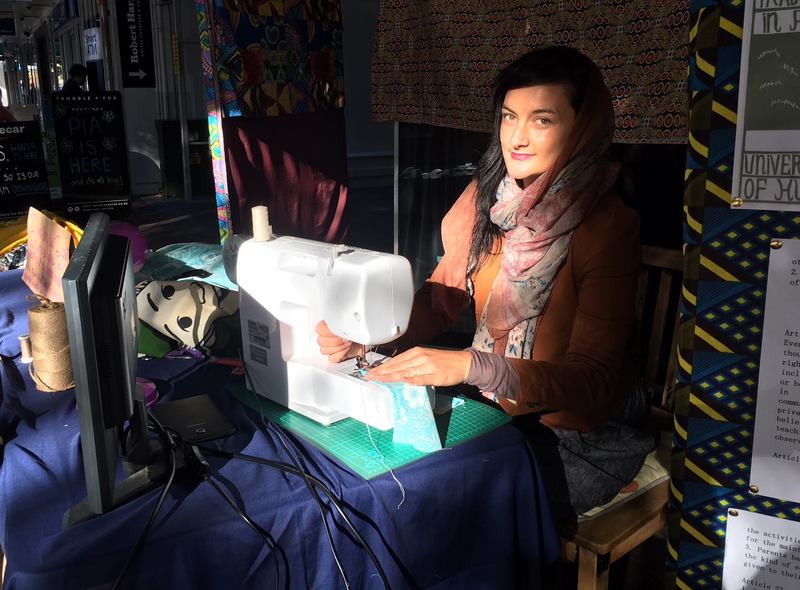 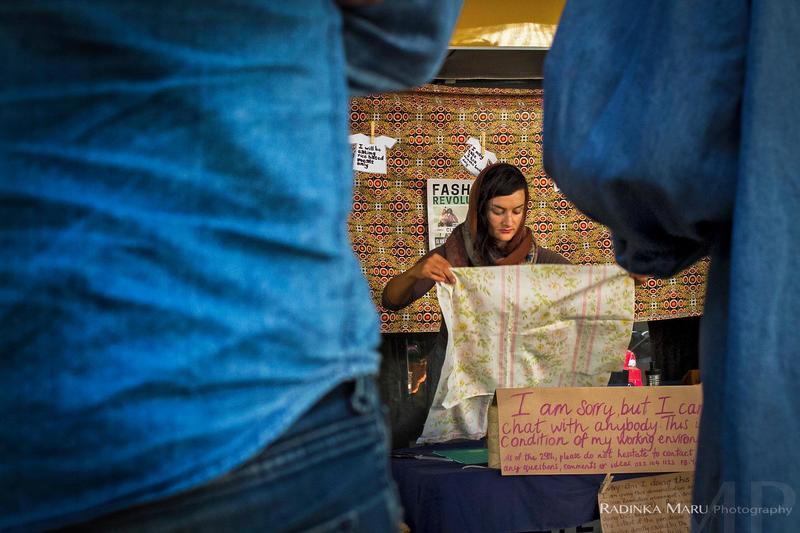 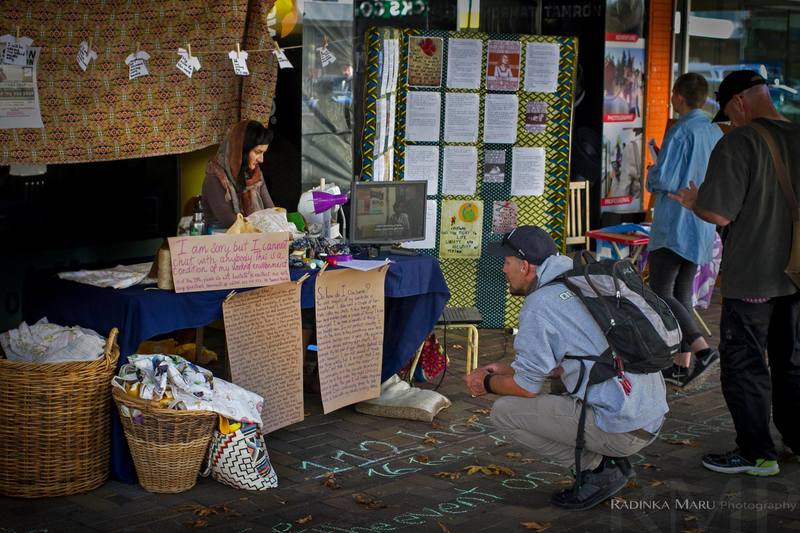 Nelsonians looking at the protest information. Photo by Radinka Maru 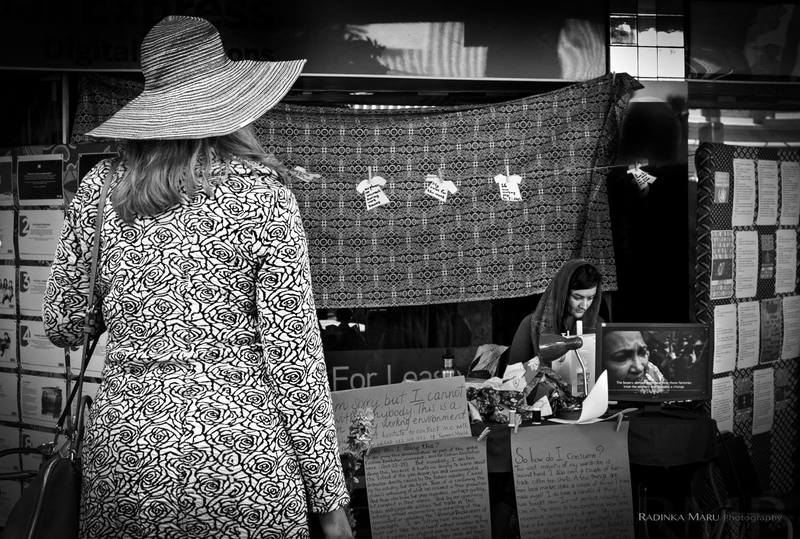