Jeff Goodell: 'No matter what we do, sea levels will rise'

"Miami became a popular diving spot where people could swim among sharks and barnacled SUVs and explore the wreckage of the great American city".

That is a quotation from a new book by Jeff Goodell about the future impact of sea level rise on coastal cities. 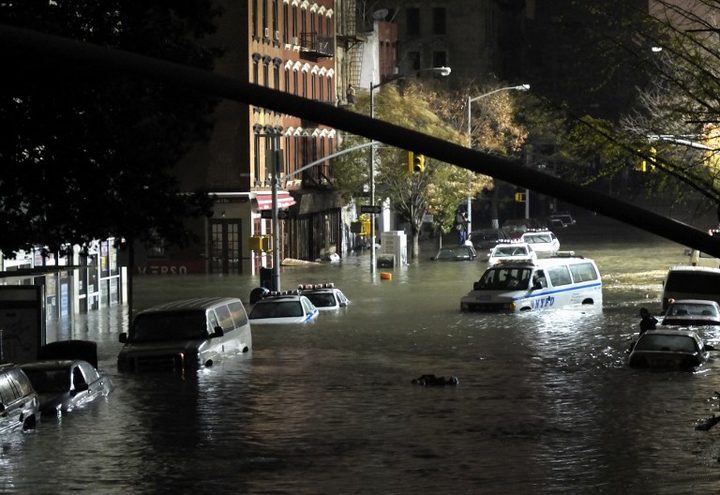 His book, The Water Will Come: Rising Seas, Sinking Cities and the Remaking of the Civilised World, takes a not if, but when look at the great coastal mega cities in a world of rising seas.

"I thought it [sea level rise] was some kind of far-off thing that would be an issue in 50 years and then Hurricane Sandy hit New York.

"I was wandering around Manhattan and the Lower East Side [the day after the storm] where they had had about nine feet of water. That water stayed in there for a few hours and then retreated and I was walking around the soggy streets and watching people pull mattresses out of their basement, there was still water in all the cars."

An environmentalist friend told him to look on it as a dress rehearsal for sea level rise.

"He said imagine there's nine feet of water that came into Manhattan and instead of going away in a few hours it just stayed there. And that's what sea level rise will look like."

This is our future, Goodell says, even if we abandon our cars, put solar panels on the roof and skateboard to work.

"If you really want to blow your mind with all this, go down to Miami", he says.

"I was wandering around Miami Beach in an area where there was $US10 million condos, and three feet of sea water on the street, just on a normal high tide."

Miami was an abandoned swampland until the early part of the 20th century when developers realised they could dredge the swamps and build houses in the sun.

All of south Florida is a low-lying region, either in the swamps or on barely elevated, filled-in islands, and building carries on apace as the sea encroaches.

The city of Miami Beach has just spent half a billion dollars raising streets and putting massive sea-water pumps in to protect infrastructure.

"You can't be in Miami Beach and not understand what's happening. During king tides, even with these new measures, you're driving through several feet of water. It's happening in real time there."

And he says everyone in South Florida knows what's going on.

"It's one thing to know it, and it's another thing to take action to do something about it."

To attempt to protect the whole of Miami-Dade County in the same way as Miami Beach would cost many billions.

"The economics of it get really ugly really quickly." 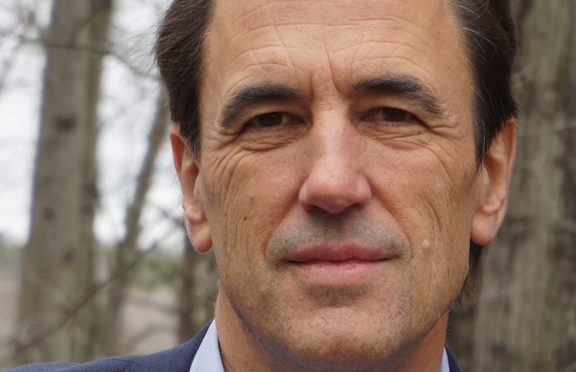 Jeff Goodell, author of 'The Water Will Come', in NZ in May for the Auckland Writers Festival. Photo: Supplied

And what of real estate prices there? Goodell says it will be the middle classes, in regular homes they've put their life savings into, who will suffer most, not the wealthy in their Norman Foster-designed condos.

"The value of these houses is going to plummet long before there are sharks swimming through the lobby of the Hilton Hotel."

Salt water does a lot of damage to infrastructure, and New York is still dealing with the aftermath of Hurricane Sandy six years on.

The 100-year-old Canarsie Tunnel under the East River was flooded with millions of gallons of salt water during the storm, causing severe damage. Now city engineers are shutting it to allow for repairs, taking out the L Train, which takes billions of passengers between Brooklyn and Manhattan.

"We're going to get more flooding of infrastructure that was never meant to be flooded and the subways of New York are a great example of that. Even just a small amount of salt water into these tunnels and electrical systems is just a huge nightmare … corrosion in the wires corrosion, in the concrete that holds up the tunnels.

"It's emblematic of the massive problems sea-level rise will cause for cities around the world."

While sea levels have been much higher in the past, humans weren't around in any numbers, they certainly didn't have condos on the beach.

"The problem is built infrastructure, the basically human hubris that we built a lot of stuff right on the coast with the notion that just because the water is here and the sand is here for now, we think that is a forever fixed line and it's not.

We didn't build any of this stuff with any sense of adaptation, or any sense that this line between sea and land could move - and move quite quickly."

Loading up the atmosphere with CO2 is supercharging the phenomenon, and we can't be sure whether we'll be dealing with 30cm or 1m of sea level rises in the next three decades.

He says there is "zero chance" of holding global temperatures increases to under 2 degrees Celsius.

"That's not going to happen; we're moving into an age of rapid climate change."

He says we need to have two conversations; one about cutting emissions and another concurrently about adaption - dealing with the consequences of damage already done.

"How are we going to adapt to this rapidly changing world that is going to come at us one way or another."

He says the idea we are going to have a climate change epiphany and rapidly decarbonise the world is "delusional".

And the idea that technological smarts will dig us out of the hole is also dangerous, he says.

"I think that is a very dangerous kind of denial, given the scale of the risks."

Jeff Goodell is coming to NZ for the Auckland Writers Festival and speaking at the Aotea Centre on Sunday 20 May.