British chef Gordon Ramsay has opened more restaurants than some of us have had decent meals, and sold a stack of books - both memoir and recipe. 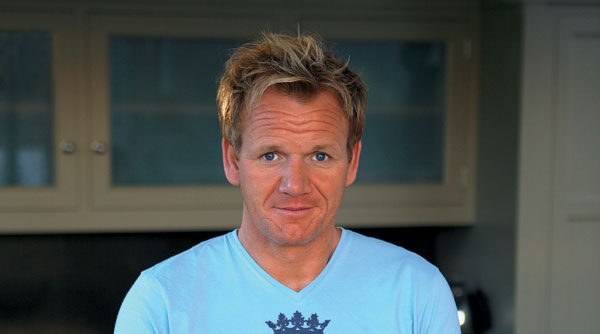 He is of course a TV star with the likes of Hell's Kitchen, MasterChef, Hotel Hell and The F Word.

He won his first Michelin Star at 27 and went on to win three, which he holds to this day.

He told Wallace Chapman it reflects the kind of cooking typical in the Ramsay household.

He says what he cooks at home isn’t the same as in his restaurants and parents need to take responsibility for what they put in their children’s mouths.

“[It’s] was having four young kids and going through the motions of trying to stop them having body issues and worrying about what their mates think of them. Because I’m fed up of the way kids get blamed for the way their eating habits spiral out of control, it’s not the kids, it’s the parents.”

“I was eighteen stone and slightly gnarly - short tempered. He now takes care of himself after being “a big boy” some years back.

“This business can consume you in a way that becomes unhealthy so. I’ve just turned 51 and my father passed at 53 so I’ve got that stern reminder of keeping fit.”

He took up triathlon six years ago and says it saved his life.

“Having been a fat chef I don’t think it’s a good image for any restaurant, walking in and you see this fat chef behind the stove.”

And don’t believe the myth about never trusting a skinny chef, he says.

“It was like the SAS of kitchens, pretty full on. What I learnt early on in the days with Marco was you have his reputation in your hands, everything you touch goes on to his plate.”

But the experience set him on a path he’s followed ever since.

“Once you’ve been in one incredible kitchen that’s all you want from then on in.”

Although happiest with his whites on, he has stepped back and says delegation and nurturing young talent in his kitchens motivates him now.

He likens it to being a “conductor of a very good orchestra.”

“A chef needs to be unselfish, you need to open up and nurture and share that talent.”