Jimmy Carr: 'I don't draw the line, audiences draw it'

Award-winning British comedian Jimmy Carr is known for jokes that sail close to the wind. He says people don't choose what they laugh at - it's a reflex - but when he hears an 'ooooh' after they laugh, he knows their conscience has kicked in. 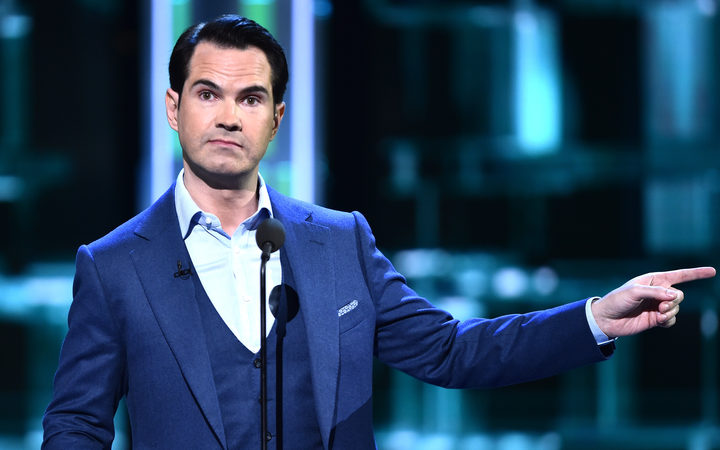 Carr has made a name for himself in Britain and abroad for his appearances on Stephen Fry’s QI, and as the host of 8 Out of 10 Cats and The Big Fat Quiz of the Year. Around 1.2 million copies of his live DVDs have been sold, and he was the first British comedian to have a live show picked up by Netflix.

In his 17 years working as a stand-up comic, Carr has found himself in hot water with the British press a number of times, most notably for jokes about Reeva Steenkamp, who was killed by Oscar Pistorius, and about returned servicemen and women.

“There’d be no point in saying something out there and offensive if the audience didn’t laugh. I think you’ve got to be very careful. And when you’re a comedian with my kind of reputation, you could get carried away and mistake a sharp intake of breath and a reaction for a laugh.

He says first and foremost every joke has got to get a laugh.

“The sharp intake of breath isn’t anything. It’s easy to shock. Being funny is the thing. Being funny is the only aim. My favourite sound in comedy is when something gets a big laugh and then everybody goes ‘ohhh’, because the laugh is a reflex, you don’t choose what you laugh at.”

He defends his joke about amputee soldiers making Britain’s most successful Paralympic team by saying that humour’s function in society is to help people deal with life, especially for those who have been through something as traumatic as war.

“People need to deal with that stuff. I get annoyed when people take those kind of jokes out of context. They take it from a concert hall at 10 in the evening, and then put it in your morning paper at 8am. They don’t deliver the joke, they just write it down.

“You don’t say that at the beginning of a show either. That’s a joke for the end of the show, when the audience has got into the rhythm of it, they understand… they get that it’s a joke.”

Carr got into comedy in his mid-20s, when he left his job with Shell to join the circus.

“I just didn’t like my circumstance… so I just changed everything. I didn’t leave to be a rich and famous and successful comedian. I left to join the circus. I just left and went, ‘I just want to have a laugh, every day’. It worked out remarkably well.”

He describes his talent as “20 percent God-given”, and the rest as hard work.

For his six-date New Zealand tour next month, Carr will be seeking out local references to add to the show.

“People like it when you find out a little bit about their town and know a little bit. I don’t think anyone minds when you take the piss. They mind it when you don’t know where you are.”

“There’s no shortage of things to take the piss out of in New Zealand, and also, you guys can take a joke, it’s basically like being at home. The sense of humour is pretty similar.”