Philip Bagshaw: why doctors need to speak out

You can count on one hand the number of doctors who are prepared to put their head above the parapet and call for changes to the health system, but Philip Bagshaw and Pauline Barnett are doing just that. 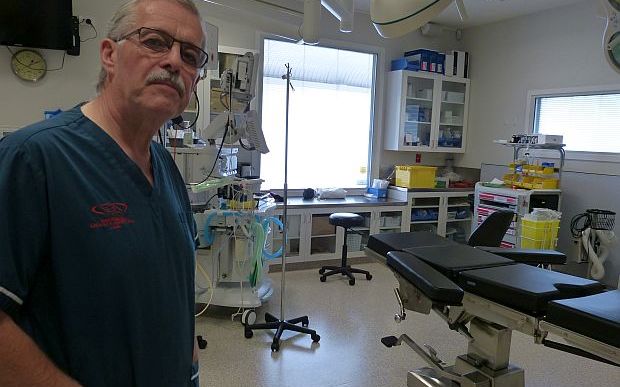 The pair ask whether advocacy by doctors should be an obligatory component of medical professionalism in a recent paper published in the New Zealand Medical Journal – 'Physician advocacy in Western medicine: a 21st-century challenge'.

New Zealand is stuck in an austerity model for health and it's about time doctors spoke out about it moving to an investment model, Bagshaw tells Wallace Chapman.

Philip Bagshaw is a retired academic surgeon and a founder of the Canterbury Charity Hospital and Pauline Barnett an associate professor at Canterbury University.

There was a time when advocacy by doctors was commonplace, Bagshaw says.

In the first half of the last century – when medical practices were a lot less reliable – advocacy could be for an individual patient or for social justice: clean water, housing or healthy food.

"When medicine was less effective, and sometimes harmful, doctors built up trust in the community by speaking out on behalf of the community

"As the 20th century occurred, we got this bio-medical model of health where medicines became more effective and scientific doctors tended to do [advocacy] less and less."

The bio-medical era ushered in a "golden age of doctoring," Bagshaw says, before countervailing forces came into play that were political, technical and socio-economic.

"These tended to undermine the authority of medicine."

"Things were going pretty well until the 1990s for us, and at that stage neoliberalism really was the order of the day with managerialism in medicine.

"Medicine took a terrible hit, everybody knew that at the time, but very few people did, publically at least, anything about it. They may have complained behind closed doors, they certainly didn't come out in the media and complain."

When the age of austerity started to bite in the 1990s, Bagshaw and some of his colleagues openly questioned the philosophy and its consequences.

"We wrote a book called The Patients Are Dying, which chronicled the deaths and problems occurring at Christchurch Hospital, and some of us were threatened with unemployment and all sorts of other things."

Bagshaw says he tried to voice his concerns through traditional professional channels.

"All of which I found didn't help. It was just not possible to change things. Whilst you can think globally, you must act locally in order to make change.

"So we opened a hospital that provided care for those who just couldn't get it through the public system."

We need to question whether doctors should be vocal or not – and what the consequences are if they're silent, he says.

"The example that springs to mind is the NHS in Britain where doctors haven't spoken out 'till relatively recently. And now they see it's in dire jeopardy, of course they're speaking out in large numbers –  one would have hoped they had done that sooner."

Doctors are the people best placed to see things going off the rails, he says.

"If we aren't the ones who can see where the problems are, then who can? And I think the public expects us to speak out on their behalf."

The New Zealand health system is still locked in a 'the only way is austerity' mindset, he says.

"Massive amounts of research from Europe have shown that's not the case. If you invest in health properly and judiciously you will save money."

"I'm hopeful that one day the public system becomes universal again, as it was intended under the original Social Security Act – and in that case, we [Canterbury Charity Hospital] can hang a sign on the door that says 'no longer needed'."