The uniquely shallow subduction zone along New Zealand's east coast has attracted about 80 scientists to take on what one says is the world's first targeted data collection for slow-slip events. 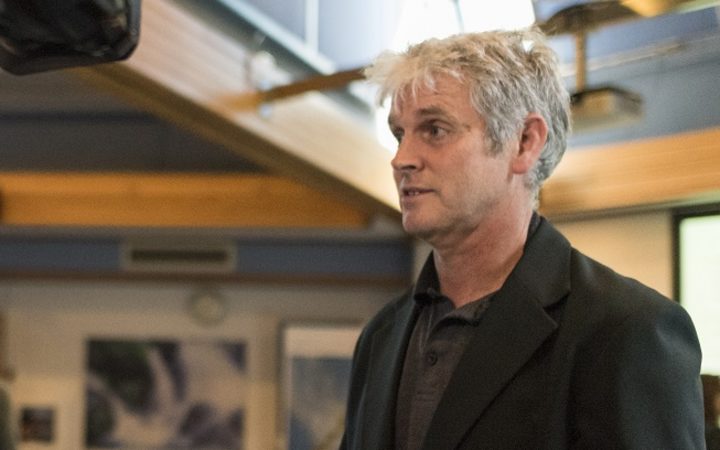 He said New Zealand's east coast was one of the best places on earth for such research.

"What Hikurangi [trench] has special going on is that within the space of about 500 or 600 kilometres - from Kaikōura up towards north of East Cape - the particular subduction margin shows a lot of variability in the ways in which the subduction appears to be behaving."

It was not just the variability, but the depth which was of interest, he says.

"At most places around the globe where slow-slip events occur on subduction zones, it's typically around the 30, 40 kilometre depth ... deep down under the land or sea but deep down into the system.

"That is inaccessible, but in New Zealand ... up around the Hawke's Bay and Gisborne these events are occurring very shallow.

"And because they're the shallowest [subduction] places on Earth, they've become accessible to ocean drilling technologies. They have captured the imagination of the global subduction community."

The teams were going to be studying slow-slip events, a relatively new scientific discovery.

"Until about 15 years ago - i.e. prior to GPS measurements being made across coastal landscapes across subduction zones - seismologists really pigeon-holed subduction faults and other crustal faults into two categories: Those that were either creeping or those that were stuck and locked and likely to release that strain that was accumulating in large sudden events and earthquakes."

Continuous GPS measurements have reavealed that subduction zones actually have a variety of activities going on including continuous creep or slow creep, Dr Barnes says.

"So it really is a new field of science.

"An earthquake requires the strength of the fault to finally be overcome with the forces that are imposed on it so that it breaks ... but slow-slip events are some kind of process where the fault zone fails but it also fails to advance into a full, large rupture."

"The IODP (Integrated Ocean Drilling Program) drilling programme will provide us with a tool to be able to get at some of the processes that are actually occuring in these types of slow-slip events so we can understand more about how the subduction fault works."

It was uncertain exactly what was driving the slow slip events, or what might be responsible for allowing the pressure to be released at a slower rate, but one avenue being investigated was the presence of gas hydrates, a form of methane gas which coalesces to be something like ice, he says.

"We're seeing these creeping landslide processes that seem to be tangled up somehow in the vicinity of where we've got hydrates," Dr Barnes says.

"It could be in some way related, but there's also one hypothesis that the hydrates themselves actually influence the way these are creeping and moving." 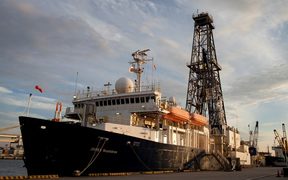