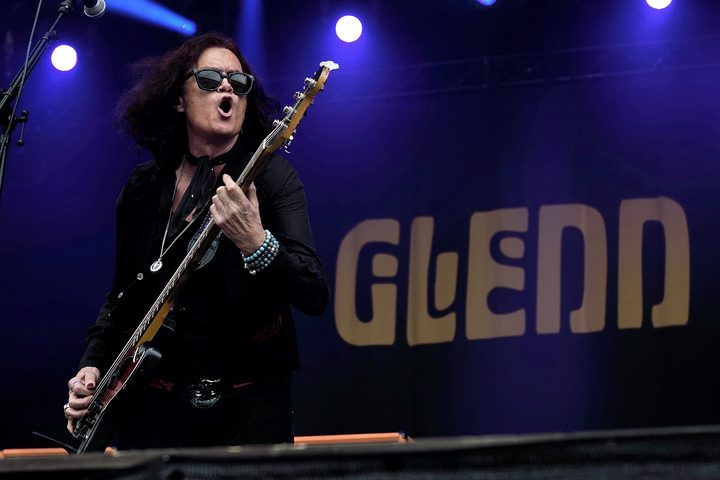 He talks with Wallace Chapman about his time in one of the biggest rock bands of the '70s whose live shows were "pure danger".

In 1973, Hughes was playing in funk-rock band Trapeze when Deep Purple – at the time one of the biggest rock bands in the world – invited him to replace Ian Gillan on vocals and Roger Glover on bass.

“They were following me around America and the UK for a year. They kept popping up in London, popping up in New York and Los Angeles and I had no idea they were going to ask me to join.”

The nucleus of the band that became Deep Purple Mark III obviously liked what they saw.

“They must have seen me eight or nine times. I was so overcome when the asked me to join because they were my friends and at that time, as you can imagine, Deep Purple in 1973 were the biggest band in rock music.

“It was a very beautiful thing for me to join a band of lovely chaps.”

Hughes was only 21 when he joined.

“I was just a young, young fella, and it was a great and glorious moment.”

Deep Purple founder and guitar virtuoso Ritchie Blackmore, who is notoriously prickly, made Hughes feel at home in the band. 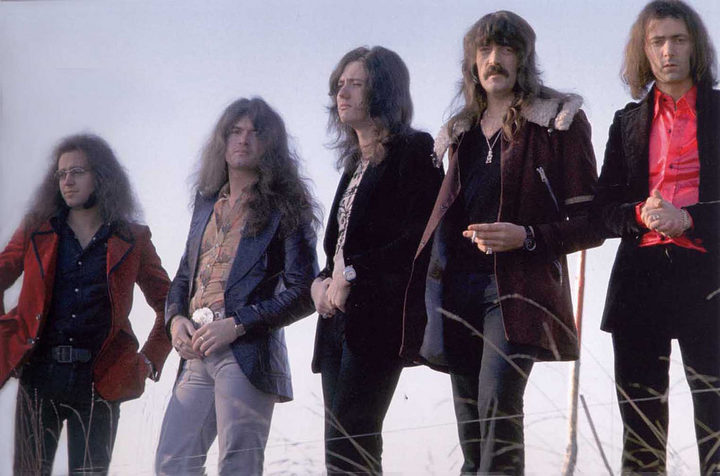 “Yes, he was crazy, yes, he was funny, yes, he was an incredibly gifted guitar player, but he made me feel so welcome on a one-on-one level. When you’re with Ritchie alone it’s a very joyous thing.”

Blackmore’s mood changed back in England, however.

“We got back to England and the band was around, Ritchie became dark and moody.”

Despite this, the new line-up hit a creative hot streak.

“We wrote Burn and Stormbringer in the crypt in the dungeon at a 12th-century castle. ‘Burn’ was written in 20 minutes.

“Back in 1973 those guys in Deep Purple MKIII were friends, family there was no turmoil -  we were just five dudes in crypt!”

By the time the band broke up in 1976, the party lifestyle had caught up with Hughes and he became heavily addicted to cocaine.

“I was born a musician in a musician’s family, I read music at nine years old.

“I had no expectations or intentions of money, fame, women or drink. I had nothing but love of music. We all know the story changed in the '70s when I went off the rails and had problems but I came out of that with a great consciousness of a higher power that saved my life and has saved many others.”

“I became the guy you’re talking to now. The other guy would not be here now.”

After three career-defining years with Deep Purple, Hughes went on to have a successful solo career and briefly front Black Sabbath in the 1980s while deeply mired in addiction.

“If you went on to a Deep Purple stage you would be frightened, things would fly all over the place, it was a dangerous bloody place to hang out. The glory of Deep Purple was you never knew what was going to happen next.

“It was dramatic, it wasn’t choreographed it was just pure danger.”

Glenn Hughes performs Classic Deep Purple Live is in Christchurch on 26 September, Wellington on 27 September and Auckland on 3 October.