Brian Cox has had a long and distinguished career in theatre, television and film.

Born in Dundee, Scotland, Cox, who is 70, has won an Olivier and an Emmy, has played Hermann Göring, Hannibal Lecter and - in his most recent project - Winston Churchill. 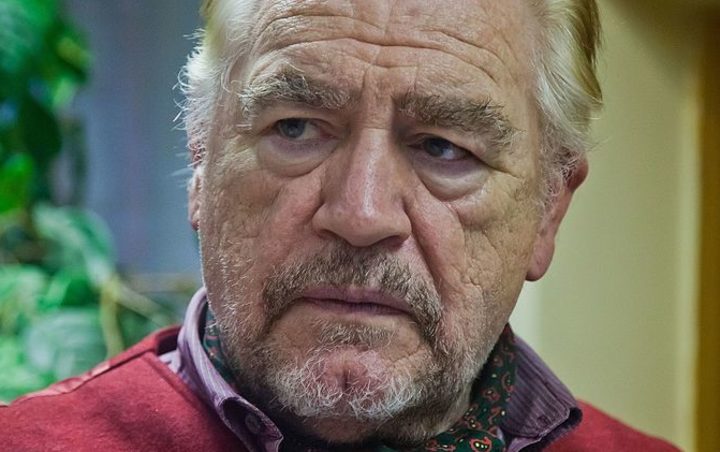 He is married to the actor Nicole Ansari-Cox, has four children and lives in Brooklyn, New York.

Cox says Churchill was the role of a lifetime because the World War II leader was multi-faceted.

“Certainly, at my great age you end up playing grandfathers and people at the end of their life. To play someone like Churchill it’s such a rich canvas; he’s such an incredible character, he’s a poet, he’s a politician, he’s a strategist, he’s a master of rhetoric … he’s a real renaissance man and he was arguably the greatest Briton of the 20th century and probably the greatest Briton for many centuries.”

Cox says Churchill was the MP for his hometown, and although not well-liked there, was admired for his leadership during the war.

“I grew up for the first ten years of my life with the notion that he wasn’t a liked person, although [my family] did acknowledge that he got us through the war.

“That’s the thing about him, there’s not a lot of that vision around any more - being in the UK in 1939 to 1945 you were very much at the sharp end, because it was touch and go whether we were going to survive - we did, and it was mainly due to him.”

Churchill has famously been played by many actors, but Cox says he avoided watching other interpretations.

“I’ll watch Churchill and I’ll put together my own brief on Churchill, piecing together different parts of his life - it’s detective work.”

And he says it was also impossible to ignore a simple truth about Churchill.

“All babies look like Churchill and Churchill looks like all babies, there’s a great child-like sense to Churchill. My boys are obsessed with Family Guy and now Stewie Griffin to me is Winston Churchill.

“He [Churchill] was depressive, he suffered from the Black Dog, he drank too much - even the cigar smoking is a form of thumb-sucking. He was volatile, he was incredibly volatile like children are, but he was also brilliant as children can be.”

Cox’s own difficult childhood helped him understand what drove Churchill. 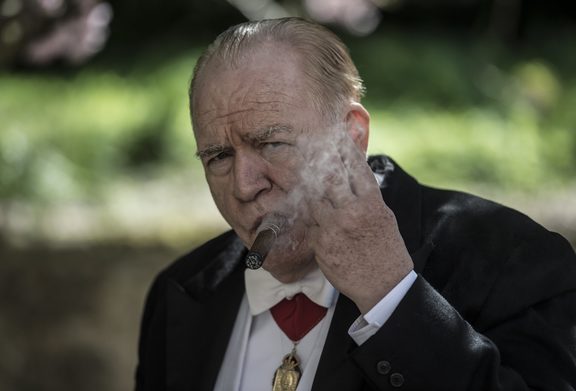 “I’ve never lost touch with the eight-year-old kid in Dundee and I still honour that boy, all the things I went through.

“My father died when I was eight, my mother was institutionalised, it was not a good time, I had these wonderful sisters who took care of me. I was in a different class to him, but I honour that aspect of Churchill.”

Cox grew up in the post-war era when cinema flourished.

“There were two cinemas in my street, I used to see double features three days a week.”

The cinema was “his church”, he says, and he soon got an early taste for performing.

“I was by instinct a performer. We had a coal bunker in our flat, in a window recess, and that was sort of my first stage, I did Al Jolson impersonations.”

Cox joined the Dundee Repertory Theatre when he was 14.

He then went to the London Academy of Music and Dramatic Art (LAMDA) and after graduating has worked solidly ever since in theatre, television and film.

In 1986 Cox played the first film interpretation of Hannibal Lecter in Manhunt, an adaptation of the Thomas Harris novel Red Dragon. His take on the character was different to his friend and peer Anthony Hopkins’ later portrayal.

“My Lecter’s based on a guy called Peter Manuel who I remember terrifying the life out of me as a kid. He was a serial killer before the word ‘serial killer’ was ever invented.

“Years later I did Nuremberg. Evil is about people who don’t have empathy, and the reason I found Lecter disturbing is because he had no empathy.”

Cox says he and Hopkins were often compared and both “got heartily sick of it” so they didn’t discuss their respective performances of Lecter.

“It‘s legitimate [Hopkins’ portrayal]. It’s like playing Hamlet or any great role. But I love the iceberg Lecter - one third on top, two thirds beneath.”

In recent years Cox has returned to his first love, the theatre.

“I did a Godot [Waiting For Godot] with Bill Paterson, a wonderful Scottish actor, at the Edinburgh Lyceum, which is where I started 50 years ago.

“It’s hard to do theatre, and I love it because it does separate the men from the boys, the girls from the women. The theatre is definitely the actor’s medium.”

Now living with his family in Brooklyn, Cox says his is a rather rootless existence.

“I don’t know where to call home anymore. I have these hankerings for Scotland and I look at London - I was in London in the 1960s and there was no better time to be in London than the 60s - but actually the truth is I’m homeless!”