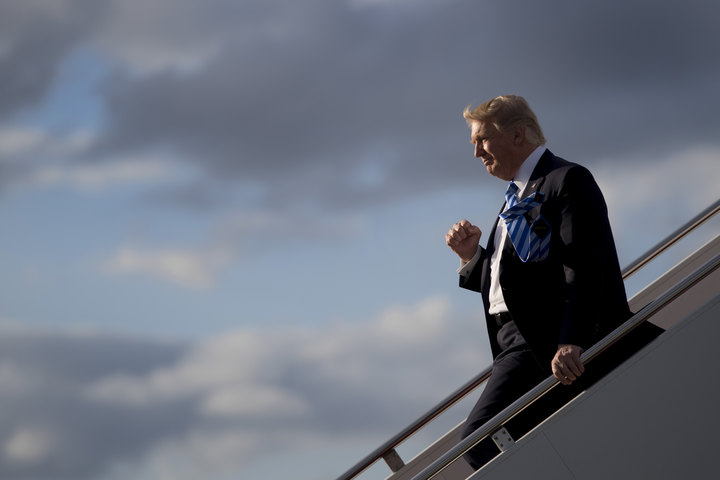 US President Donald Trump gives one of his habitual fist-pumping gestures to a gathered crowd as he exits Air Force One. Photo: AFP

It's a good question, considering the aggressive positions taken by the US administration on foreign policy in the past few weeks.

Earlier this month, the American missile strikes in Syria took the world by surprise and now there's hostile posturing between North Korea and China.

Baker Benjamin talks with Wallace Chapman about the contradictory rhetoric of President Donald Trump and the ongoing political tensions around the world. 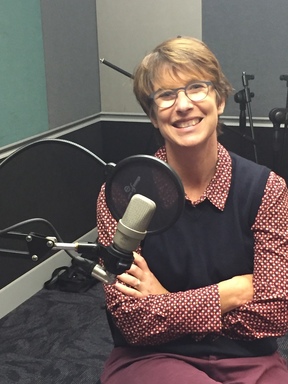 The missile strike on Syria is 'Exhibit A' for Trump's contradictions and has left a lot of his supporters confused, Baker Benjamin says.

"He ran in the election on a non-interventionist foreign policy that I think resonated with a lot of voters. There's a sizable portion of the electorate in the United States that's tired of what they view as nearly constant, endless wars since 9/11. So when he ran against regime-change wars and stated that he thought maybe America needed to turn a little bit inward, that didn't have a negative resonance for people, but very much a positive one … And everyone, I think, who voted for him expected him to follow through with that agenda when he got in office."

Even President Trump's view of his own country is unclear, she says.

"Sometimes he suggests that America has selflessly served the world and now needs to turn to its own needs, but other time's he's suggested that the United States has been a force for harm and wrongdoing. In a primetime interview on television about a month ago he said – very controversially, I can assure you – that the United States has its share of [killers]. That shocked a lot of Americans who had never heard a president say that before."

Baker Benjamin says the thing she finds most frustrating about Trump is his failure to be clear on what the US foreign policy is under his leadership.

"He treats us almost as if we're patrons in his casino – 'Have a good time, enjoy yourselves, everything will be fine, I'm in charge, don't worry about it.' But then he comes out with all these contradictory things and his advisors say contradictory things."