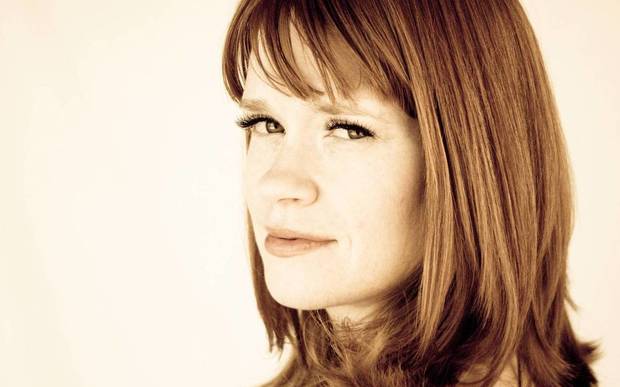 Even though one in five Kiwis has a disability, some would say it's only once every four years the media sits up and take notice. Paralympians become heroes, “overcomers” and inspirations to the rest of us.

Writer Emily Rapp Black was born with a congenital defect which led to the amputation of her left foot at age four. She tells Wallace Chapman that in reality people with disabilities are more ordinary than extraordinary – and would like to be recognised as such.

Wallace Chapman: You write that as a child it seemed your body was put together by elves, you were given magical body parts. I suppose that’s the way it must have seemed to a four year old.

Emily Rapp Black: Yeah, prosthetics have really advanced. When I was first getting my leg made I used to hold the ashtray for my prosthetist, and he would signal for me to hold it up so he could ash his cigarette. The rooms were filthy. I’d go back there and he was literally like this short bald man cobbling away on a wooden foot on a saw. It did feel like the elves workshop – something out of Disney, only not as fun. And I certainly didn’t feel like a princess.

I wore a wooden leg until 1990 and people are always mystified. Probably because that’s because the Paralympics have changed our view of what prosthetics are and how they look.

But I just didn’t have access to it – I’m from a small town in a rural area in the western United States and we didn’t have any other amputees to ask.

So I didn’t know much about athletic gear for people with disabilities. Then I met a woman who is one of the top disabled athletes in the world. And she was like ‘Why do you have this stick of wood?’ and got me in touch with someone who could make me something more modern.

Also, the ‘90s is when Americans started going to war and people started coming back without limbs. If you come back from the war without your leg the government will do everything can here to make you mobile – as well it should.

Because of this influx of army technology and military technology, prosthetics have changed.

Wallace Chapman: You say that as much as this prosthetic gave you life and is great, it also failed you, as well… it wouldn’t fit right.

Emily Rapp Black: Yeah, that wasn’t great. I also wore a man’s foot - they didn’t have feet for women until the early ‘90s. So I had this big man’s foot and I’d have to buy two pairs of shoes. It was so uncool, that’s how I felt.

I’ve since gotten legs that I feel more comfortable with, that are more aesthetically pleasing. It’s still  difficult at times, it’s still inconvenient at times and it’s still a daily reality that isn’t going to go away.

Wallace Chapman: When you go out now, do you get a lot of questions – for example, what happened to you?

Emily Rapp Black: Oh, all the time. I get a lot of condescending things like ‘Hey, little lady’. I don’t know why but five people in tehlast two weeks have called me ‘little lady’.

Also ‘You inspire me’. And I’m getting coffee. I don’t understand why I’m inspiring you in this moment. “So are you! Good job getting your coffee!”

I had some guy in the back of line who was like ‘Hey, do you play table tennis?’ I was like ‘No, otherwise I’d be in Rio, dude. I wouldn’t be here in Palm Springs. No, I’m not in the Paralympics.’

My very favourite – not – is ‘Seeing you puts my life into perspective’. People with disabilities get that all the time and it’s just so offensive. It presumes several things – that they know anything about the other person’s life (which they don’t) and also that every person must be miserable and snivelling in a corner, except when they wander out and have lunch.

Wallace Chapman: You say your story is not inspirational. You say you will not overcome your disability, you never will. Your body is a source of shame and pride just like anyone else’s.

Emily Rapp Black: Yes. I think women’s bodies, in general, are so pathologised that most women – I don’t know a single woman that doesn’t have something about her body that makes her feel ashamed. When you add to that a body that is outside the category of normative it creates some deep psychological issues.

I think people really have this idea that people who have disabilities are sexless. They get that from cultural messages, from really terrible movies – many of which indicate that it’s better to be dead than have a disability. It’s extreme. It’s the final frontier of human rights.

People with disabilities are referred to very often as ‘the disabled’.  You would never say ‘the black people’ or ‘the gay guys’. No-one would speak that way about another group of people. That, to me, is very indicative of how we’re all lumped together in this sad sum – and it’s simply not true.

You write that sex presents a particular dilemma. For example, what to do with the leg?

Emily Rapp Black:  Such a pain in the butt. My solution for a long time was to do what a lot of people who feel ashamed about their bodies to – just to get really drunk so I couldn’t think about it, which isn’t healthy. And I did that for a long time. The fear of rejection was so great.

But I came to realise it was usually more my issue than the other person’s. By and large at least in my adult relationships I feel like the person has loved me not in spite of it, but just the whole person that is me.

When we watch an event like the Paralympics is that what we overlay on people they – for a couple of weeks – became our heroes or inspirations?

Emily Rapp Black: I think so. People are so afraid of becoming disabled. It’s like everybody’s biggest fear. Because part of us, I think, knows that that that is going to happen.

Rebecca Chopp, this amazing sociologist, talked about this phenomenon – these stories about people with disabilities often fall into athletics or sob stories. There’s never a middle ground of just people living their lives.

There’s an effort to say ‘look at those people, I could never do that. They’re so extraordinary. Let me put them on this literal pedestal. I could never run 26.2 miles ever so they’re not like me at all, so I’m safe.

I also think the Paralympics is awesome. I know a lot of people who are Paralympians. They’re athletes, they’re incredible athletes, but they’re elite athletes. Nobody is like those people. They’re a whole different echelon.

I love that there are people with disabilities on TV that we’re seeing. I just worry that there’s only one kind.

The majority of people with disabilities live normal lives, whatever that means. They go to work, they have sex, they have kids, they grieve, they love, they bleed. They’re people!

*This interview has been condensed and edited.

She is the author of Poster Child, a book which detailed her life as an amputee and poster child for the March of Dimes. She also wrote a haunting memoir, The Still Point of the Turning World, about her son Ronan's battle with Tay-Sachs disease, which eventually claimed his life.