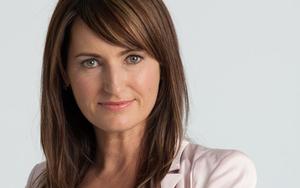 Investigative journalist Paula Penfold joins Wallace to talk about a new book - Don't Dream It's Over, Re-imagining Journalism in Aotearoa - a book of essays explaining why journalism matters more than ever in a world of shrinking news budgets and the rising popularity of social media.

What is the media environment like now compared to the first five years you were working in journalism?

Completely unrecognisable. I started at RNZ in Masterton in 1990. There were two of us in a newsroom of that size back then, which is kind of surprising. Technology is obviously the completely different factor between then and now. We shared one computer in the whole office. When we eventually got a cellphone I think I was in the Christchurch RNZ newsroom by that stage and it was a Motorola you carried over your shoulder. Seriously! And you had a tape recorder on the other shoulder, so you were going off for court for the day, equally balanced by these two heavy things.

You had ears on the ground. You were there.

Yeah we did. Here’s a palpable example of how things have changed in that time, 26 years on. Now I am working at Fairfax and we did a story a couple of months ago about a cold case murder, that of Tracey Ann Patient, 40 years ago. At the beginning of this year, the police put out a video that they produced. They had it filmed professionally, they had it edited professionally and it was their idea to try to seek new information by putting out this video. All of the news organisations around the country ran it, of course. When we went to them a couple of months ago and said, we have got a tip-off about that case, we have a new witness who has come forward and he says that he has been to the police before, several times in fact, to tell you what he saw that night. Now, would the police be interviewed about that? No they wouldn’t. That concerns me. When government organisations are controlling what we as journalists are delivered, that is wrong.

Yeah, I used to be able to pick up the phone and ring the senior sergeant or the detective senior sergeant or the detective inspector and speak to them, go and have a coffee with them and find out what is happening on a case. I can’t do that anymore. I have to go through the communications people, sometimes you have to sign a contract. Now that horrifies me. I’ve had to do it in the past, I hate to admit. Because they want to see what you have edited, what you have put together before they will agree to it being broadcast. How did that happen?

There are some writings in this Reimagining Journalism book about that. I think it might be Brent Edwards’ chapter where he talks about the diminishing number of journalists in the press gallery. Now look at how many press secretaries there are in Parliament and compare that to the people who are actually doing the reporting. There is a huge imbalance and we should be concerned. That’s not just happening in Parliament, that is happening everywhere.