Mali has been a hotbed of modern African music in recent times, but in 2012 Islamic militants took control of much of Northern Mali - and banned concerts. Since then, a combined French and Malian military operation has pushed the militants back and recently the first big festival since the insurgency was held in the capital Bamako.
Robin Denselow is a British journalist who writes about music and politics in Africa - and wrote a history of political pop called When the Music's Over. 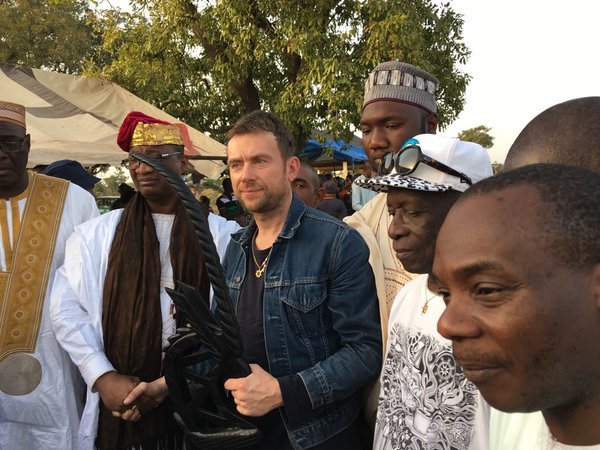 British musician Damon Albarn being granted the status of a local king in the village of Kirina, Mali. Photo: Robin Denselow