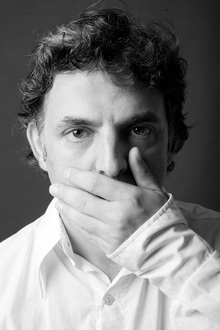 Israeli-born writer and filmmaker Etgar Keret is credited with popularising the short story in Israel and he has been called ‘the voice of a generation’ by Salman Rushdie.

The Israeli-born writer, essayist and filmmaker is known for his engaging, witty style, with his work frequently appearing on the podcast This American Life.

His latest book is a collection of vignettes called The Seven Good Years, an account of family, life in Tel Aviv and the ever-present backdrop of regional conflict. It was chosen as one of the 10 best memoirs of 2015 by The Guardian.

Ahead of his appearance at Writers Week in Wellington, Wallace asks Edgar Keret about what attracts him to the short story form.

You can also listen to Lynn Freeman's interview with Etgar on Standing Room Only here.