Cats and the internet

Cats and the internet. It might seem like a frivolous subject, but these furry creatures play a bigger role in both our online and actual lives than we think. 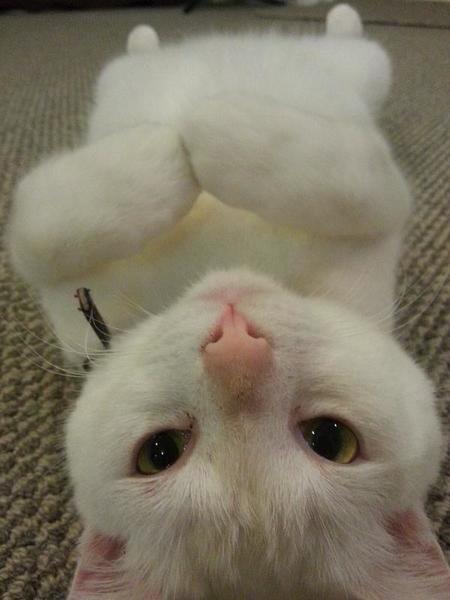 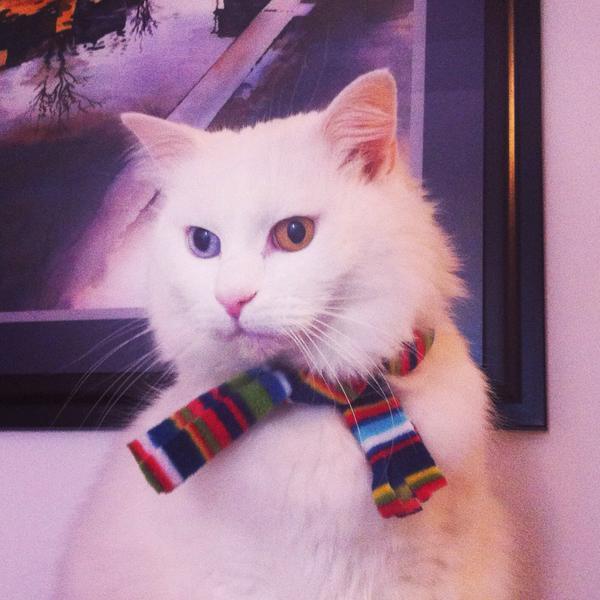 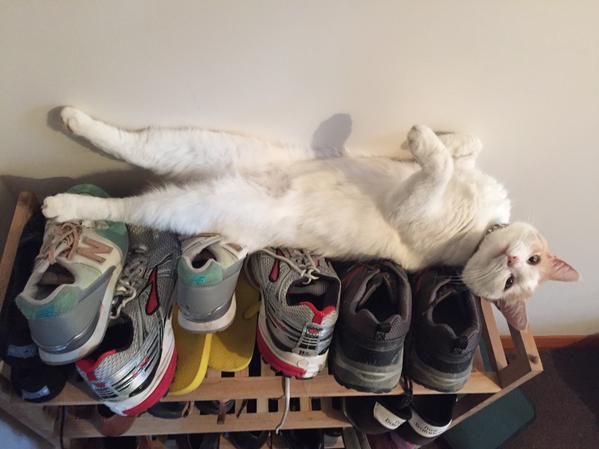 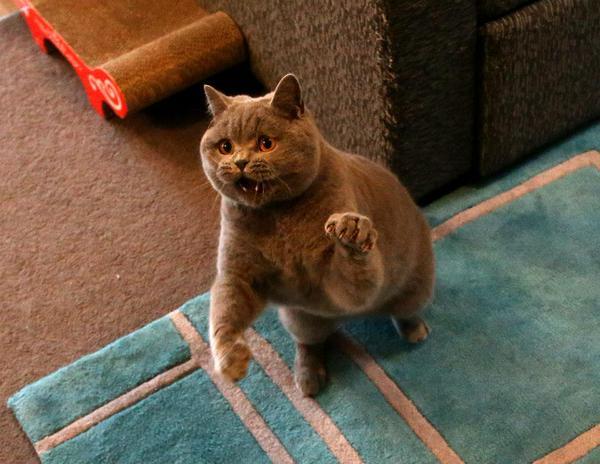 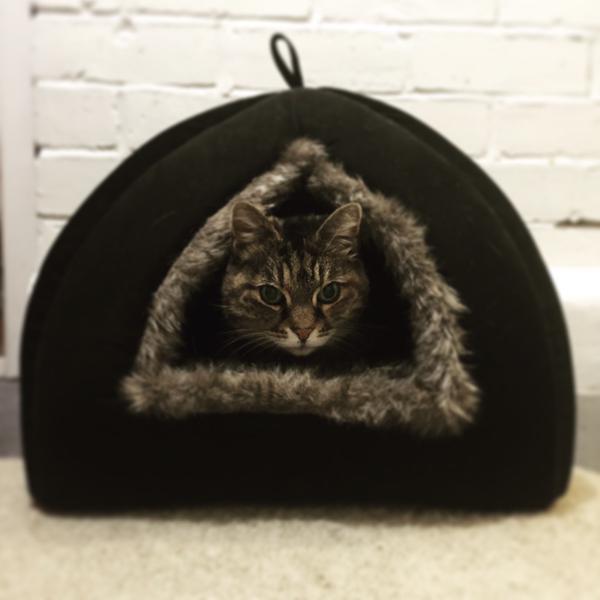 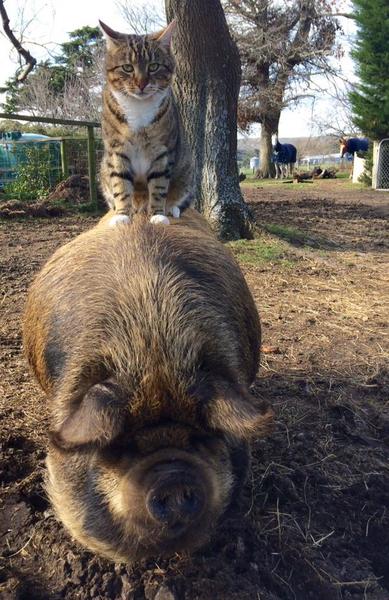 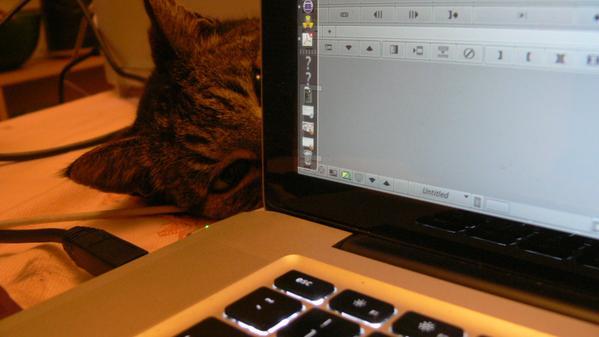 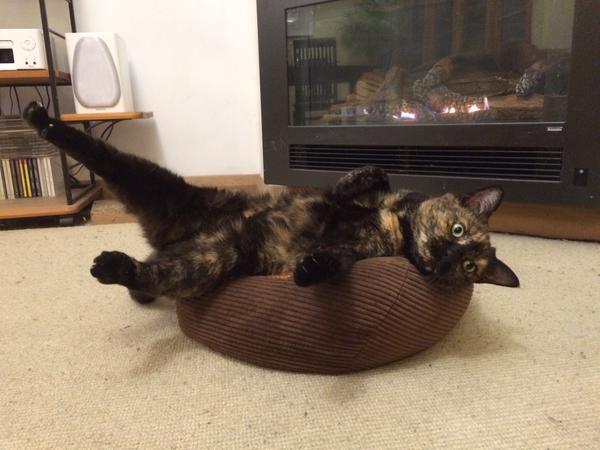 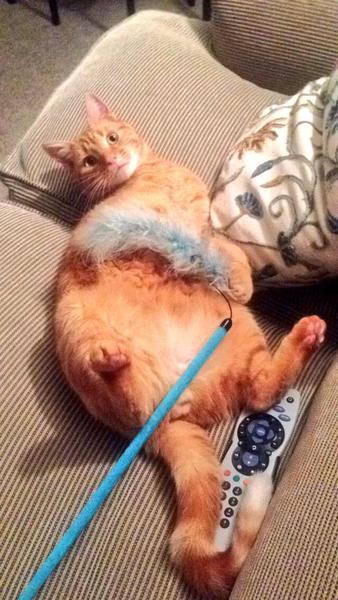 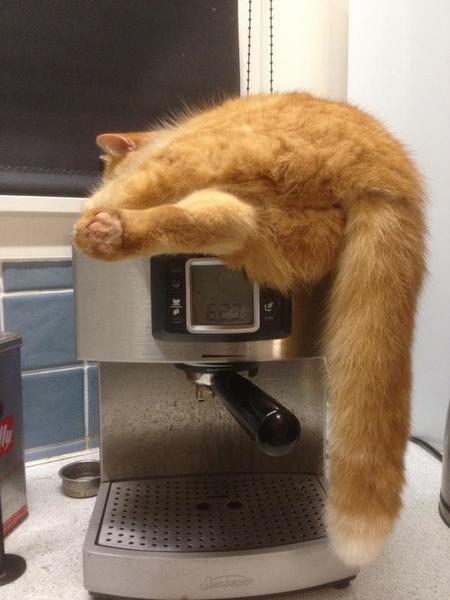 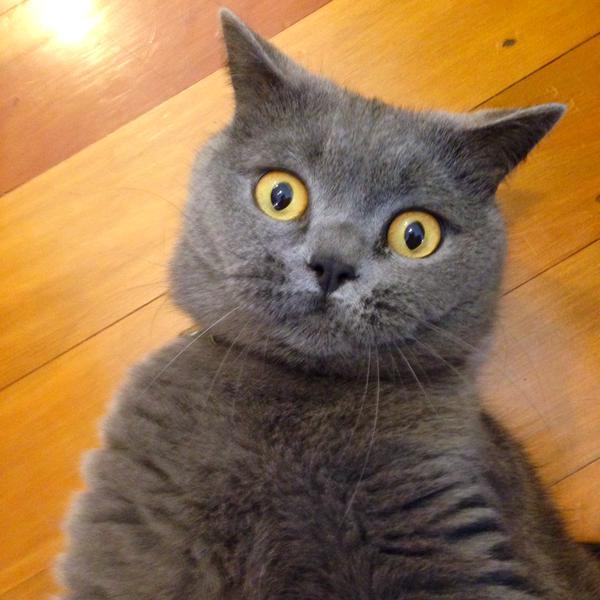 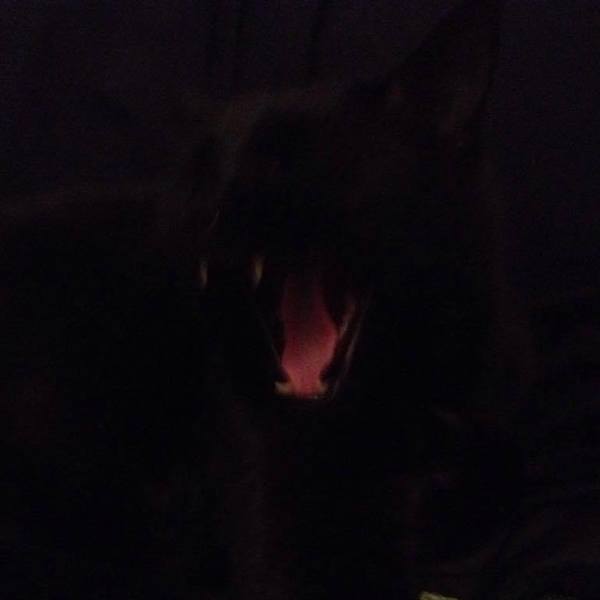 There are film festivals dedicated to cat videos; Instagram accounts for people posting photos of their cats on Saturdays and a language that’s evolved from cat memes. There’s also a more sinister side to cats online, with metadata of cat images being used to map exactly where that cat - and their owner - lives.

The Museum of Moving Images in New York currently has an exhibition documenting moving cat images, curated by Jason Eppink.

How Cats Took Over The Internet documents how cats are depicted in the media, from early cartoons and Meowchat - which first appeared in 1995 and consists of online users role playing as their cats - to memes, gifs, videos, fads and cat celebrities.

While it might look like they have taken over the internet, less than one percent of internet traffic contains cat content. The internet has even been described as a virtual cat park, a social space for cat lovers in the same way that dog lovers congregate at a dog park.

Cats are in more than a third of the households in the West, with the biggest cat fans from Europe, Russia, the United States and Japan, which is considered to be the “epicentre” for cats on the internet. New Zealand has 1.4 million cats.

While the exhibition features cats, it’s more about the impact these animals have on humans. “I’m not a person who watches cat videos for fun (but) I was seeing friends and communities doing this and the big question was I want to understand why,” Eppink says.

“It’s how we as humans take photos and videos of cats and distribute them to satisfy our own needs and desires as humans … There’s something pleasurable about the voyeurism.”

We anthropomorphise – attribute human like intentions, behaviours and emotions to – cats, according to Jason. “We project emotions onto things that aren’t humans to try to understand them. That’s something we do a lot when we are watching cat videos.”

Another popular cat video is Nyan Cat (2011) – a cartoon cat that flies through space leaving a rainbow in its wake. Jason says has spawned a global cult following. “It’s mesmerising. I love how a whole community on the web have latched onto this and made their own versions. There’s hundreds, almost one from every country. From celebrating their own video game characters to creating the mythology of who Nyan Cat is.”

Another cat that has a cult following is Grumpy Cat, who has nearly 300,000 Twitter followers and was recently photographed sitting in the US Open trophy. Jason describes Grumpy Cat as an A-list celebrity.

Cat fads have also come and gone. From Caturdays to cat breading. The latest online fad for cats aligns with the current political races happening in the United States. Trump Your Cat involves brushing your cat then shaping the removed fur into a toupe. “You put it on top of your cat, ala Donald Trump, post it online and revel in the similarities,” Eppink says.

For a man who has spent so much time looking at cats online, does he have one in reality? “I don’t. I’m allergic!” he concludes.

Where the obsession begins

“Cats transcend media, they are unpredictable, there’s an impression of immediacy and that what is happening couldn’t be coerced and seems more authentic,” New Zealand researcher Dr Radha O’Meara says.

“They are popular across a range of cultures, classes and languages… and they are part of our daily life anywhere. When the camera phone became part of our life one thing to naturally take videos of are our cats.”

Humans and dogs are aware that they are being filmed, but cats aren’t, and that’s what makes cat videos special, O’Meara says. “Cats couldn’t care less about the camera and they are doing whatever they want to do anyway. And that’s what seems authentic to us. We are catching life unawares.”

Cat videos also have sociological, psychological and physical benefits. Cat ownership was once considered to be an individual and private endeavour, while dog ownership was open and public. But since the rise of the internet cat lovers have been able to converge in the virtual cat park.

“People are identifying as a cat person and they use that as a badge of their own identity,” O’Meara says. “We can spend more time watching cat videos than with our cats. There are also a whole lot of people who like cats but don’t own one … but they do want to connect with the animal world.”

Watching cat videos can also be good for our health, she says. “It helps slow the heart rate and to relax, particularly in end-of-life scenarios, the physical contact, patting and cuddling when verbal communication deteriorate.”

Cats have not only permeated our home lives, art and mental health, the furry friends have also influenced the evolution of language through LOLspeak, a playful language which came about through cat memes.

LOLspeak is a written language that has changed overtime. It is characterised by child-like or English-learner grammar, playful spelling, smatterings of extra punctuation, and many running jokes, according to LOLspeak expert Lauren Gawnes, who is an ELDP Postdoctoral Fellow at SOAS, University of London.

She's worked on I can haz language play: The construction of language and identity in LOLspeak with Jill Vaughan.

“You might just use a little bit of LOLspeak by starting an email with 'hai!!!1!', while 'heavy' LOLspeak might be almost unreadable to an outsider.”

In 2007, an image of an enthusiastic British Shorthair with the caption "I can has cheezburger” was posted by blogger Eric Nakagawa. That meme took over the internet and lead to the creation of multi-million dollar meme website I Can Has Cheezburger (ICHC).

It brought LOLspeak – the language which is a playful form of English that came to be used as a representation of how cats (specifically LOLcats) might speak – to the fore.

“LOLspeak’s origins were before ICHC, with its history traced back to a variety of web user groups such as 4Chan, especially forums that would have 'Caturday' Saturdays when people would post captioned cat pictures,” Gawnes says.

Since 2007 a group of LOLspeak enthusiasts have been translating the Bible into LOLspeak, giving a feline theological perspective, and integrating a variety of existing cat memes into the narrative. “LOLcats are often goofy, funny, and accident-prone,” Gawnes says.

LOLspeak has crept into and out of our everyday language. It’s all depends on how much time you’ve spent on the internet, more accurately between 2007-2010.

“LOLspeak, and LOLcats, are 'vintage' by internet standards, webspeak moves fast,” Gawnes says. "When I show students examples of LOLspeak now they think it's quaint, they're too busy using emoji or snapchatting".

Being tracked through your cat

While cats on the internet might seem frivolous, it can also have a darker side. Website Iknowwhereyourcatlives.com takes photos of cats from social media and pinpoints the exact location of the cat, and their owner, using the image’s metadata. A Radio NZ producer was able to track down Wellingtonian Anna Boyd in less than 45 minutes because of one public image of a cat.

Read full story with tips on how to deal with metadata and help protect your privacy while sharing cat photos.