The Labour Party says it will cut doctors' fees by 10 dollars a visit across the board if elected to government. And National is promising to give an extra 600,000 lower-income people access to 18-dollar GP visits.
The Royal New Zealand College of GPs president Dr Tim Malloy says both policies will make a big difference.

Note:  A listener sent this website in that compares doctor prices.

7:32 Silver Ferns get up over South Africa

7:40 All Blacks take the Bledisloe

RNZ sports reporter Barry Guy reviews the cracking second test against the Wallabies in which the All Blacks got over the line with a minute to go.

8:10 Insight: Are our buildings safe and up to scratch? 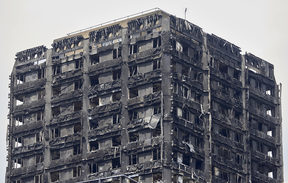 The charred remains of cladding are pictured on the outer walls of the burnt out shell of the Grenfell Tower block in north Kensington, west London, on June 22, 2017. Photo: AFP

New Zealand is in the biggest construction boom in its history, but the industry is struggling on almost every front. Some builders are taking on too much work, with a shortage of skilled workers and managers, and councils often don’t have enough skilled inspectors to check it all.

Recent examples such as Grenfell Tower in London show how when construction  goes wrong, it can cost lives. Now an attempt is being made to transform and overhaul this crucial industry.

Phil Pennington investigates if it is possible to avoid a cycle that has lead to chronic and sometimes acute building failure.

Guy Standing will give two public lectures - Wednesday 30 August, 5.30pm at Waikato University, Hamilton, and Thursday 31 August 6.30pm at the University of Auckland.

This week: New Zealand’s most ambitious multimedia project yet in the digital media era and how it sought to lift the lid on our involvement in Afghanistan. Also: F-bombs, lipstick on pigs and the PM’s pimples overshadowed policies in political news this week.

9:40 What shapes an Anders Breivik? 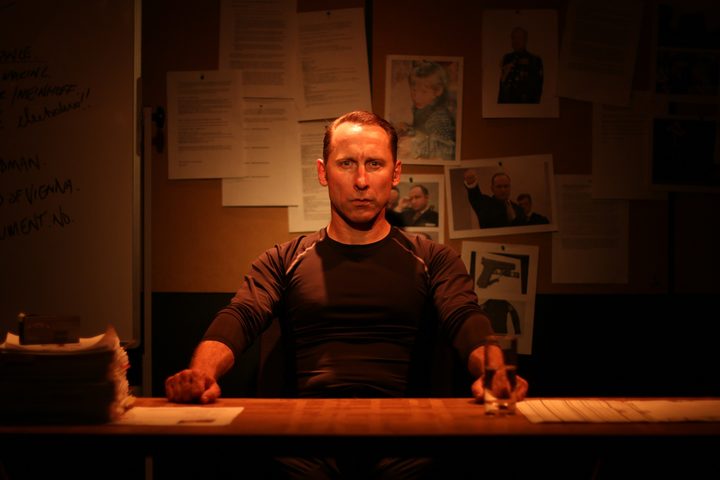 Theatre writer and director Anders Falstie-Jensen believes he knows a thing or two about the dangers of hateful rhetoric. He's directing another season of the acclaimed play Manifesto 2083, about Norwegian mass-murderer Anders Breivik, who in 2011 killed 77 people and wounded 200 in the Norwegian capital Oslo and on the island of Utoya. The solo show, starring Edwin Wright (pictured) is on at the Taranaki Arts Festival Sunday August 27 at 4pm and at the Christchurch Arts Festival from Thursday August 31. 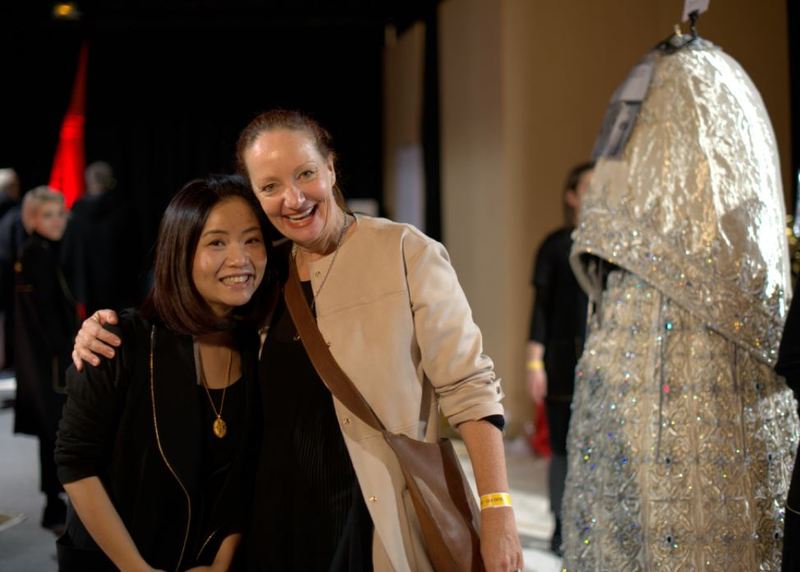 Guo Pei and Petra Brettkelly. They communicated via the translation feature on the Chinese social media app WeChat. 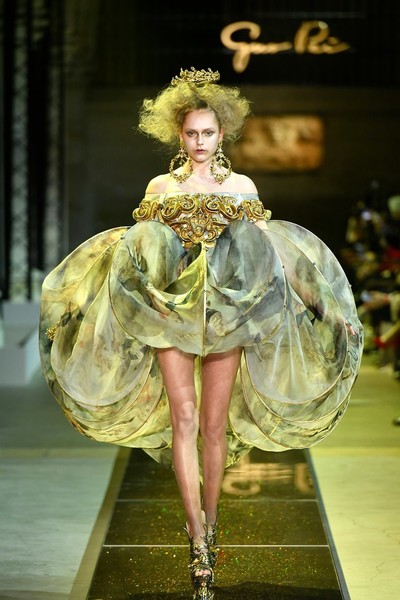 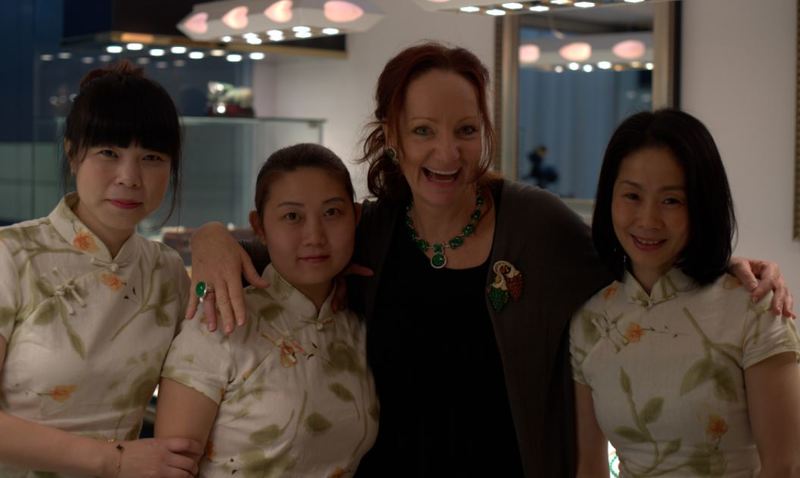 Pietra Brettkelly with a group of jade jewellery sellers and Pietra wearing $US1m of jewellery! Photo: Yellow Is Forbidden 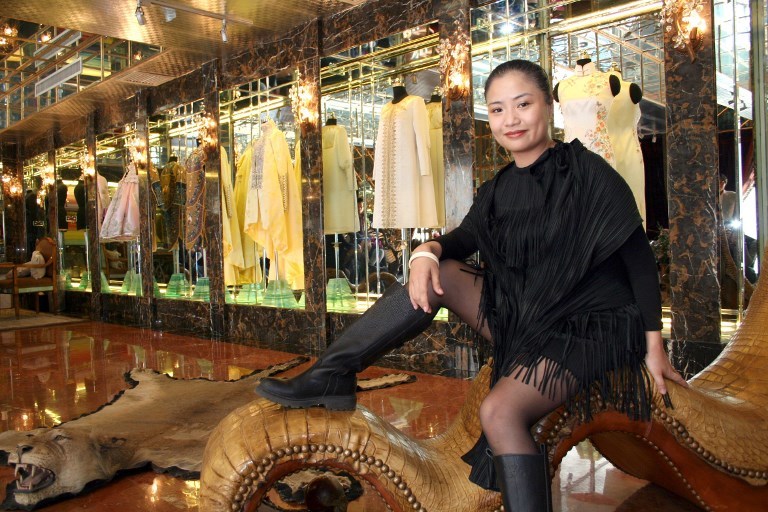 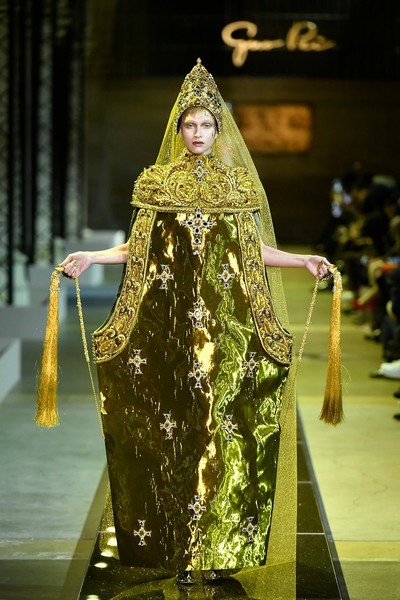 On the catwalk. Photo: Yellow Is Forbidden 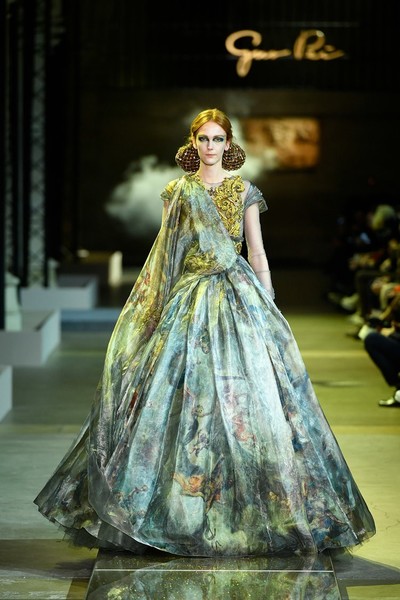 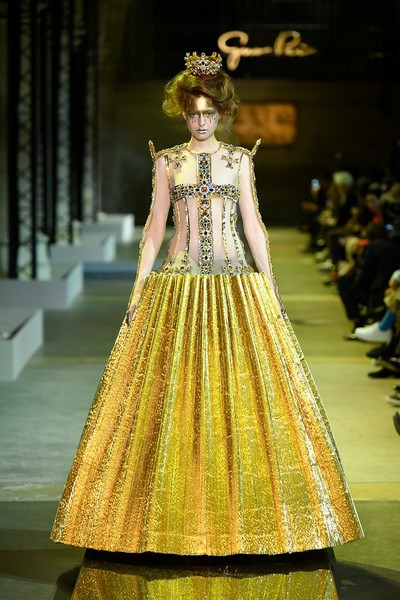 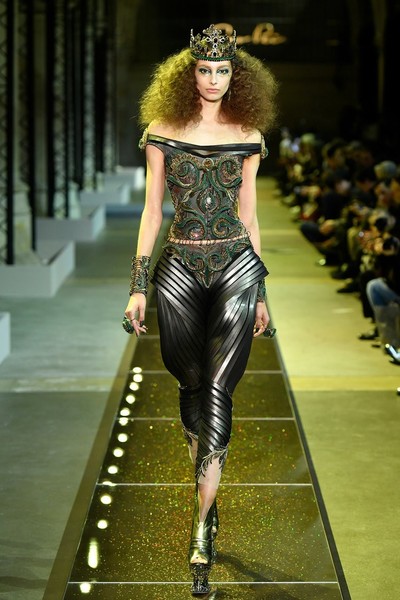 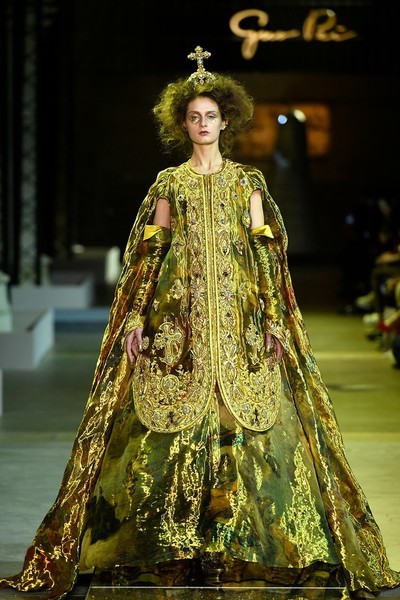 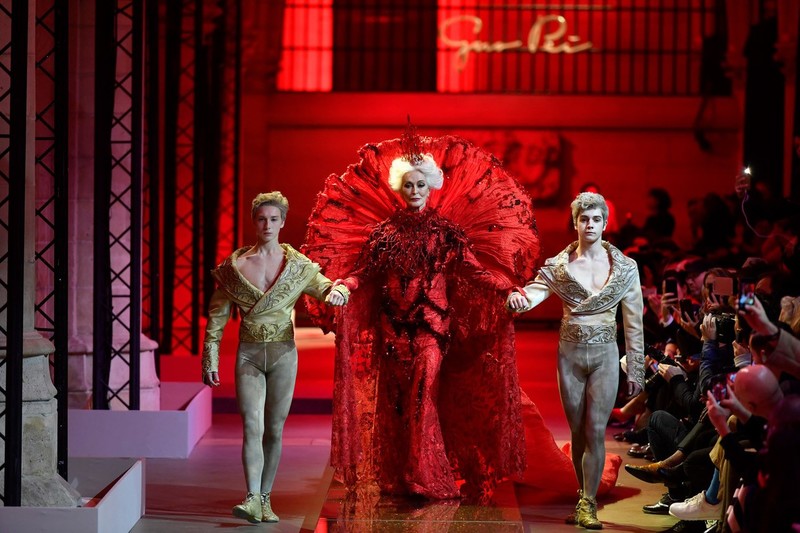 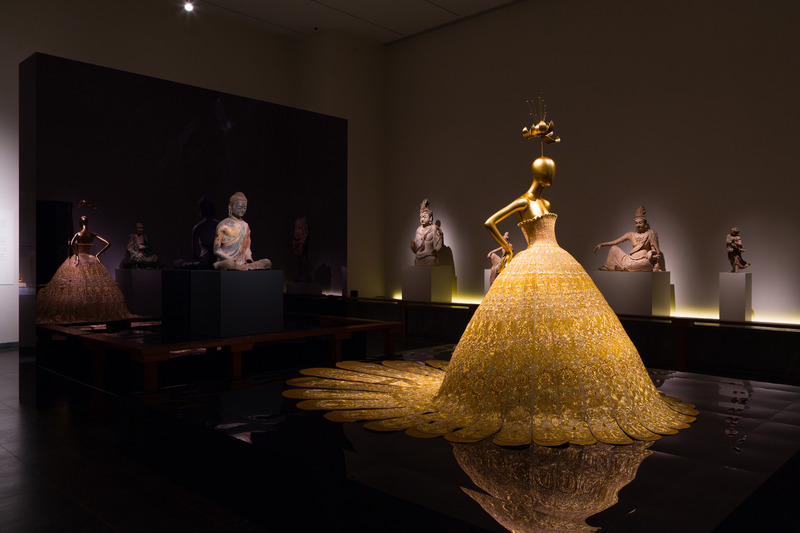 Yellow Is Forbidden is the name of Pietra Brettkelly's film in post-production.

A new film by New Zealand film maker Pietra BrettKelly chronicles the life and work of fashion designer Guo Pei - it's called Yellow is Forbidden - currently in post production. Guo Pei - whose clients include Beyonce and Rihanna - is based in Beijing and Paris.

Pietra Brettkelly is raising funds to finish her movie at Boosted.

Here's her video about it:

Neil Finn has been described as a "trailblazing troubadour" and he's certainly staying ahead of the musical game with the innovative recording of this new album, released on September 1.

On August 25, Neil Finn recorded Out of Silence at Roundhead Studios in Auckland in front of a live internet audience - the whole session was broadcast live on YouTube and Facebook.

The three previous Fridays he'd had an audience in the studio as well as live-streaming - it's a modern approach but in some ways harks back to the old way of recording an album.

Second Nature from the Album out on September 1, Out of Silence.

Nathan Blackwell is a former undercover police detective who grew up on Auckland's North Shore.

He spent a decade in the police force, seven as a detective, investigating a wide range of cases including drug manufacture, child abuse, corruption, rape and murder. 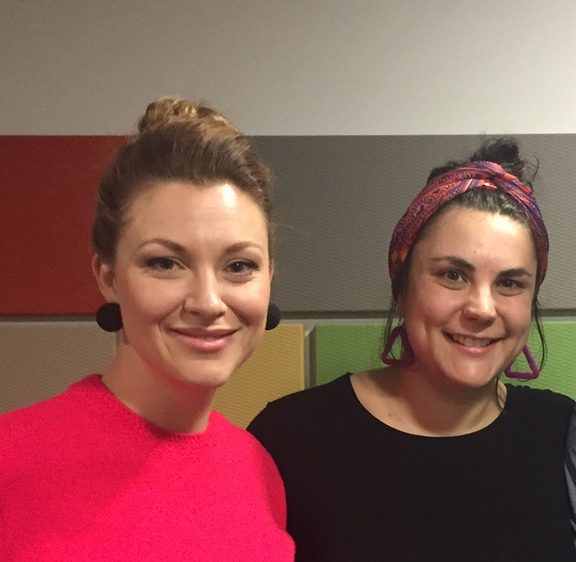 It's hard to believe coming up to an election that women in New Zealand once couldn't vote at all. These days 31 percent of our MPs are women and the person credited with kicking off that democratic process is Kate Sheppard in the early 1890s. That Bloody Woman, a musical about her efforts is about to go on a national tour beginning in Taranaki on 29 August. The musical is written by Luke Di Somma and Gregory Cooper and stars Esther Stephens as Kate, and Phoebe Hurst among many other cast members.

11:44 Margaret Barker and the history of Larnach Castle 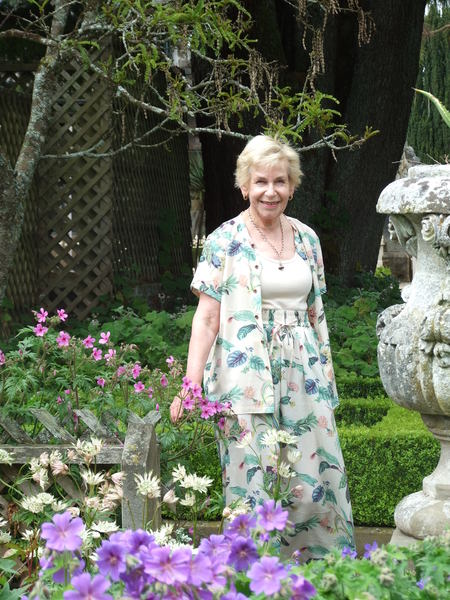 Margaret Barker in the award-winning gardens of Larnach Castle. 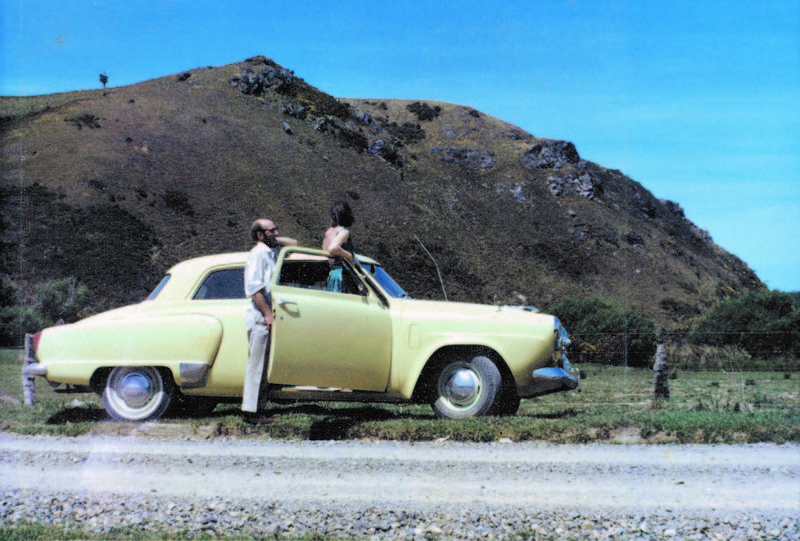 Barry and Margaret Barker back in the day when they happened upon a castle and bought it in 1967. 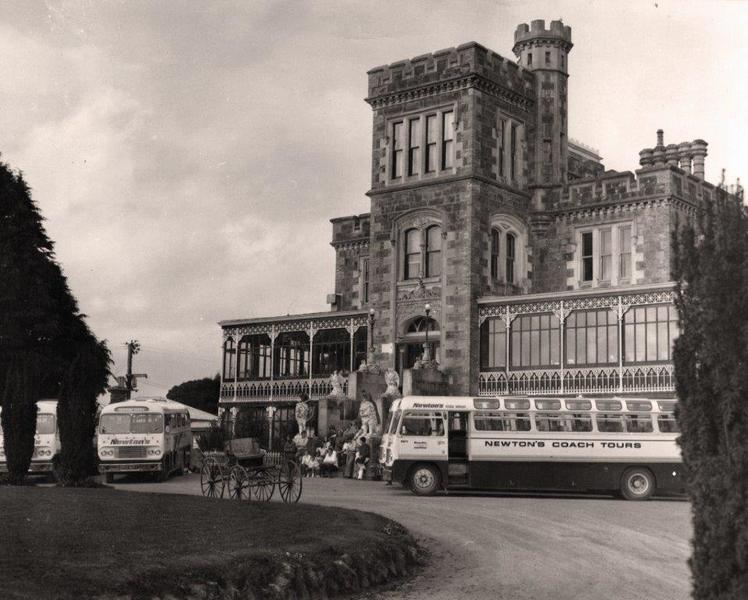 Tourists have flocked to see the castle since the 60s. 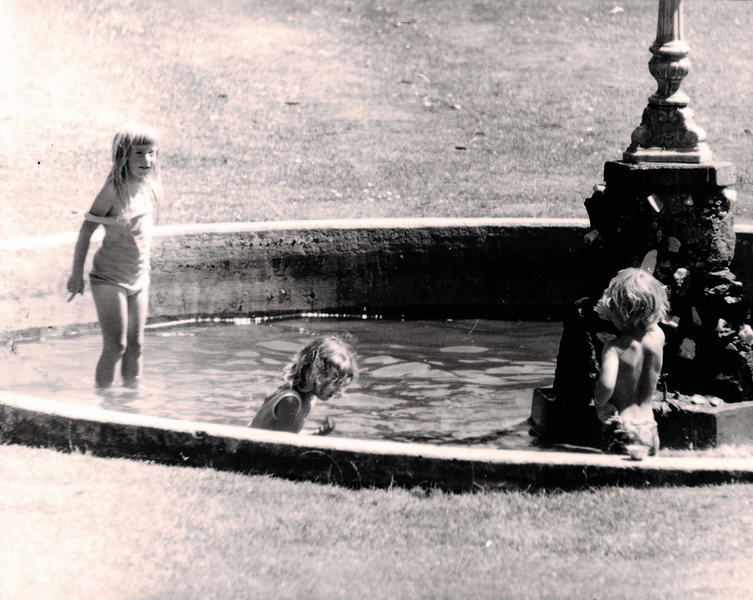 Sophie and Norcombe Barker in Larnach Castle fountain as children. 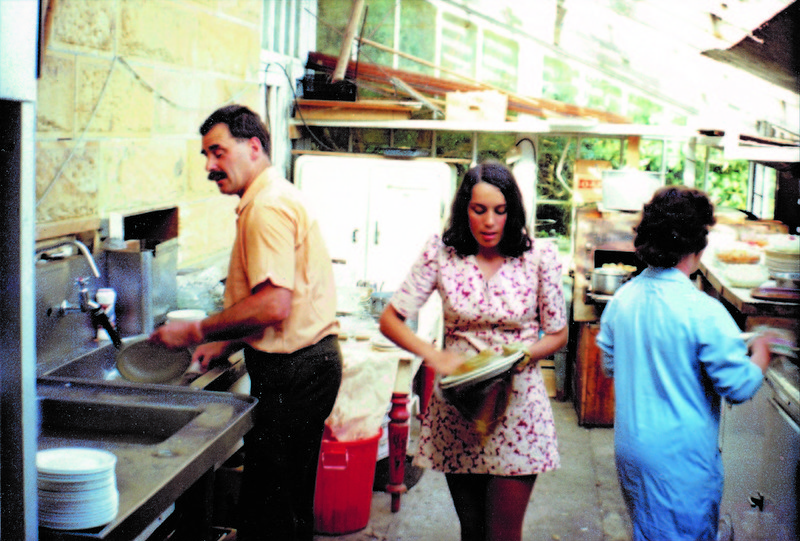 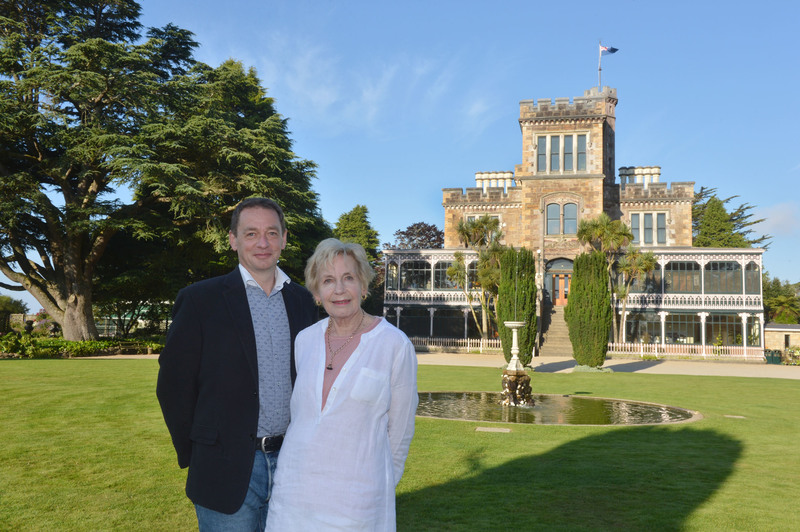 Dunedin's spectacular Larnach Castle is celebrating 50 years of ownership and restoration by the Barker family by holding a gala ball on September 9. The ball is a recreation of the first ball owner Margaret Barker put on in 1967 and more than 100 of the original attendees will be there. Margaret Barker is the driving force behind the restoration of the castle … which is now a successful family-run tourism business employing more than 90 staff.

Your Feedback for 27 August

Music played on the show today