Insight visits Britain to look at some of the innovative ways being used to tackle the country's binge-drinking culture.
Written and presented by Karen Brown
Produced by Sue Ingram

In Mediawatch this weekend: Does the world's press now owe South Africa an apology because the football World Cup has ended without the predicted violence? Mediawatch also asks an expert if the media can really be blamed for so-called copycat behaviour; looks at some outrageous self-promotion on TV3; and finds out what happened after a big name newspaper went out of print in the US last year.
Produced and presented by Colin Peacock and Jeremy Rose. 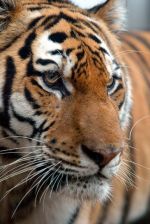 There are more tigers in US zoos than there are anywhere in the wild. Chris talks to Michael Baltzer, head of WWF's tiger programme, who this week attended an international meeting in Bali focusing on saving tigers in the wild. They'll discuss what's putting pressure on tiger populations, and what's being done about it.

The name Keith Turner is synonymous with the drive for more renewable energy in New Zealand. As CEO of Meridian Energy, Turner transformed the wind energy business in particular from a poor and rather eccentric cousin into a core element of this country's contemporary energy mix but, as witnessed by project Aqua and Project Hayes, big new hydro or wind projects have their critics. Is there really a big future for renewable energy in NZ?

Dougal deals with his vitamin D deficiency on a chilly Dunedin day - and ponders the fate of the Stuart statue.

This week on Hidden Treasures our host Trevor Reekie celebrates the 30th anniversary of one of this country's most iconic independent record labels, as well as digging up a rare track all about the issue of copyright.
Produced by Trevor Reekie

11.05 Ideas: Marilyn Waring - the people, writers and philosophers who influenced her

Marilyn Waring originally planned to be a professional singer but was side-tracked into politics, becoming one of our youngest ever MPs. A passionate supporter of the anti-nuclear cause, her decision not to support the then National Government's pro-nuclear stance precipitated the 1984 snap election. And Marilyn Waring's post-politics career has, if anything, been even more eventful. Her 1988 book: 'Counting For Nothing: What Men Value and What Women are Worth' won praise from the likes of influential North American economist J K Galbraith, and helped spark a revolution in how we view national accounts. Ideas talks to Marilyn Waring, now a professor of public policy at AUT, about the individuals, writers and philosophers who have influenced her ideas. A line-up that includes: Patricia Grace, Bertrand Russell, Virginia Woolf, Emily Paki, and all of her English teachers.
Presented by Chris Laidlaw
Produced by Jeremy Rose