Insight explores whether homework is a good idea. Does it enhance academic development or keep children from doing other, potentially more valuable things with their time?
Written and presented by Penny MacKay
Produced by Sue Ingram

The chief executive of Maori Television (right) talks about the network's evolution and ambitions, its place as a broadcaster with dual responsibilities - to tangata whenua and to a broader audience - and what makes it work so well.

Mediawatch this week looks at the coverage of events which traumatised students at two secondary schools; and how a Sunday paper secured an apology from South Africa for apartheid-era injustice. Also on the show, the All Blacks turning the air blue; and a story about a New Zealander who starred for seven years in a British TV show about, of all things, archaeology. Now she wants to get something similar going here, but would anyone watch it?
Produced and presented by Colin Peacock and Jeremy Rose.

The Past President of the Prison Chaplain's Association, California, Rev Givens gives us a first-hand look at how California's three-strikes law works, what it means for the prison population, and the impact that similar legislation could have in New Zealand. He's been speaking in this country as a guest of the New Zealand Howard League.

CK (Karl) Stead has been a prominent figure in New Zealand literature for more than 50 years. His CV includes 13 novels, two books of short stories, six of literary criticism and 15 books of poetry. His latest work is a memoir of his life from his birth in 1932 up until 1956. He talks with Chris about running wild in Cornwall Park, joining the Labour Party aged 7, and being a protégé of Frank Sargeson and Allen Curnow.

South-West of Eden: A Memoir, 1932-1956, by CK Stead is published by Auckland University Press. 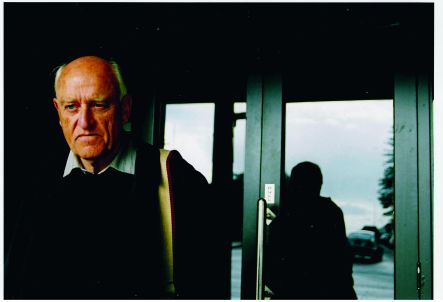 Each week Trevor Reekie presents Hidden Treasures, uncovering musical gems that are often buried under tons of other stuff from here, there and over that a-way!! This week Trevor presents new music from the widely acclaimed Gotan Project - Gotan being Tango spelt backwards; as well as an alternative ambient mix of a song currently sitting in the NZ charts for Anika Moa.
Produced by Trevor Reekie

If London, as the cliché has it, is a collection of villages, what's Auckland? A handful of small cities bound together by clogged arteries, cheek by jowl suburbs or a Super City in the making? Ideas spends the hour discussing the changing nature of Auckland. First up we hear from Ward Friesen, a senior lecturer at the University of Auckland and expert on the changing demography of the city of sails. Then Chris Laidlaw is joined in the Auckland studio by: Auckland-born, award winning filmmaker Roseanne Liang; born-again Aucklander and incoming editor of that most Auckland of magazines, Metro, Simon Wilson; and Craig Ranapia - prolific blogger, regular contributor to Public Address Radio and secretary of the Auckland Film Society.