8:12 Insight: Our Relations Across the Ditch

Insight looks at a change of gear in relations with Australia. Does the easing of travel restrictions between the two countries herald a greater harmonisation of business practices - even a single currency or a new Anzac military force?
Written and presented by David Reid
Produced by Sue Ingram 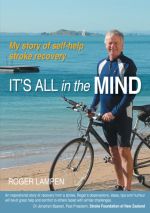 Businessman Roger Lampen suffered a stroke while cycling in the Himalayas. He tells Chris Laidlaw about what happened, and how he recovered.
'It's All in the Mind: My story of self-help stroke recovery' is published by Dunmore Press.

This week Mediawatch talks to Bill Francis, the man some of the biggest personalities in talk radio must answer to - though not for much longer. He's stepping down after 16 years pulling the strings at Newstalk ZB and Radio Sport where he tells the likes of Paul Holmes and Leighton Smith what to do. He tells us how the economic hard times are affecting commercial radio, what he thinks of Radio New Zealand - and why his talkback hosts seem so cranky and right-wing. Also on the programme - an update on the political solution to screening the Rugby World Cup, Sean Plunket's dispute with his bosses . . . and are kiwi men really world leaders in vanity?
Produced and presented by Colin Peacock and Jeremy Rose.

Professor Antal Fekete believes the world is heading for a monetary crisis because governments don't hold enough gold reserves to support the fast-growing supply of their currencies. He talks about aligning currency to a gold standard. 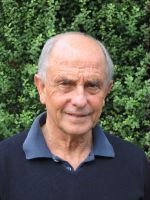 The challenges in forging a new identity in a new country are the focus of John Andrew's latest book. He talks to Chris Laidlaw about the cultural and biological baggage that European immigrants bought here, and the impact these have had on New Zealand. Right: John Andrews
'No Other Home Than This: A History of European New Zealanders' is published by Craig Potton Publishing.

Each week Trevor Reekie takes you on a trip that seeks out musical gems from niche markets around the globe, the latest re-releases and interesting sounds from the shallow end of the bit stream. This week Trevor uncovers a 1953 classic piece of guitar rock, new sounds from seminal kiwi band The Clean, and the various mutations of an old UK 60's northern soul classic.
Produced by Trevor Reekie

11.05 Ideas: Roger Kerr - The People, Writers and Thinkers Who Influenced His Ideas

In the second of an occasional series where we invite influential New Zealanders to tell us about the people, writers and thinkers who influenced their thinking, we hear from the Business Roundtable's executive director Roger Kerr. The former Foreign Affairs and Treasury official has been the public face of the big business lobby group for more than two decades. During those years he's been one of the most energetic and prominent proponents of the economic policies known in New Zealand as Rogernomics - a term coined not as it easily could have been in reference to Roger Kerr, but after former Labour finance minister and now ACT MP Sir Roger Douglas. In the late 1980s and early 1990s the Business Roundtable was on the winning side of countless policy arguments from privatisation to user-pays. Then with the election the fourth Labour Government the tide turned and the Business Roundtable faded from the nation's headlines and many of its pet causes seemed to have been consigned to the political dustbin. But the political tide has turned again and the free market philosophies appear to coming back into favour. So who are the people, writers and thinkers who influenced the thinking of Roger Kerr? Well, the names nominated by Roger Kerr are mixture of the predictable and the surprising: Enlightenment economist Adam Smith, Roger's brother Alan - a surgeon who regularly spends time in Gaza volunteering his services, the philosopher Jean Paul Sartre, former Telecom boss Rod Deane, Shakespeare, economist Bryce Wilkinson and prominent American legal scholar Richard Epstein.
Presented by Chris Laidlaw
Produced by Jeremy Rose