Insight looks at how the plan for a national cycleway is developing. The idea has attracted a lot of criticism, but Insight travels to the regions and finds quite a different reaction.
Written and presented by Monique Devereux
Produced by Sue Ingram 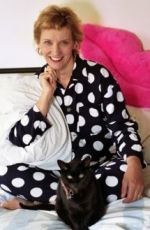 Author and columnist Helen Brown tells Chris Laidlaw about the loss of her young son, and how a small cat helped her bereaved family.

'Cleo: How an Uppity Cat Helped Heal a Family' is published by Allen & Unwin

For many of the most significant scientific issues of our time, the devil is in the detail - but at the same time the big picture's so big it's hard for amateurs to understand. None of this suits the modern media, which like things summed up in a soundbite. This week, Mediawatch hears scientists' frustration about that - and how some scientists are now communicating directly with the public instead. Also on the programme: Are we any closer to switching to digital TV transmission? And if the media ignored Dunedin's booze-fuelled students, would the riot problem go away?
Produced and presented by Colin Peacock and Jeremy Rose. 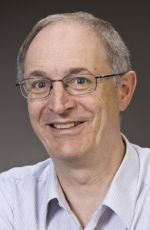 In the first of a regular feature, Laurie Bauer (right), Professor of Linguistics at Victoria University of Wellington, discusses the whole point of linguists, the troublesome letter 'r' and the troublesome 'h' in Wanganui.

10:06 Ideas: Moana Jackson - The people and ideas that have inspired him

Moana Jackson is well known as an advocate of constitutional change and the rights of indigenous people both here and abroad. This week on Ideas we talk to Moana about the people, writers and philosophies that have influenced him.
Presented by Chris Laidlaw
Produced by Jeremy Rose

Each week Trevor Reekie takes you on a trip that seeks out musical gems from niche markets around the globe, the latest re-releases and interesting sounds from the shallow end of the bit stream. This week Trevor takes us on a quick-stop musical-tiki-tour that takes in tango, stax rhythm and blues, kiwi reggae and an ethno-classical collaboration.
Produced by Trevor Reekie

'Looking for Answers: A Life of Elsie Locke' is published by Canterbury University Press.

11.45 Notes from the South with Dougal Stevenson

Dougal mourns the loss of a loyal friend.