Insight this morning looks at the Government's plans to introduce a national standard for primary school students. Will it be a positive step to improve children's education or will passing tests and league tables become an overwhelming focus?
Written and presented by Gael Woods
Produced by Sue Ingram 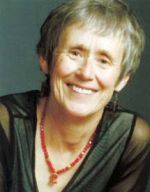 Helen Beaglehole (right) interviewed the last of the lighthouse keepers and drew on an intriguing historical mix of letters, diary extracts, and official correspondence to write her latest book. She talks to Chris Laidlaw about the daily lives of lighthouse keepers.
Produced by Christine Cessford
'Always the Sound of the Sea', by Helen Beaglehole. Published by Craig Potton.

Mediawatch continues its look at the future of the mainstream media, buffeted by the economic downturn and technological change. Advertising, investment and expertise are all crossing over to the new online media - and some experts say high-quality journalism is now under threat. But do we really need to worry? Also on the programme - a look at fairness, balance and accuracy in the wall-to-wall coverage of the so-called 'Tony Veitch saga'.
Produced and presented by Colin Peacock and Jeremy Rose.

Chris Humphrey's traveled to Romania to research this book about the historical figure who was the inspiration for the gory tales of the vampire, Dracula. He talks to Chris Laidlaw about Vlad's life and his penchant for impalement.
Produced by Christine Cessford
'Vlad, the Last Confession', by CC Humphreys (pictured right). Published by Hachette.

Winter is often a difficult time of the year for many tourism operators, but this season is expected to bite hard as the global recession takes effect. International visitor numbers are down 10 per cent from March last year, with a big drop in visitors from our important markets - the US and the UK. This week the Government and Air New Zealand announced a joint $5 million package to attract Aussies over for the ski season - and they're giving away flights to sweeten the deal.
This week the Sunday Group will discuss the state of our tourism industry and how it can deal with - and survive - the economic downturn.
Chris Laidlaw chairs a panel that includes: Tourism Industry Association chief executive Tim Cossar; Ngai Tahu Tourism General Manager for the Southern Region David Kennedy; and Tourism New Zealand chief executive George Hickton.
Produced by Christine Cessford

Each week Trevor Reekie takes you on a trip that seeks out musical gems from niche markets around the globe, the latest re-releases and interesting sounds from the shallow end of the bit stream. This week Trevor reviews an African-world-American-blues collaboration as well as dishing up a slice of Cambodian pop.
Produced by Trevor Reekie

Guests and ideas explored on this week's BBC discussion programme The Forum:

Can today's mathematics quantify CN Parkinson's celebrated observations about bureaucratic inefficiency? That's one of the issues being investigated by a group of mathematicians at Vienna Medical University led by Peter Klimek. What is the Coeficient of Inefficiency, why are there no government cabinets which have eight members and do we really need a phase diagram to compute the ideal Pension Point for each employee?

Richard Ned LeBow (Professor of Government at Dartmouth College) believes the universal human desire to enjoy self-esteem is as important a motive in International Relations as security or economic self-interest. He suggests that each nation believes it has a duty to maintain the psychological well-being of its citizens and to do this, it must maintain, protect, and defend its 'standing' in the world. The drive to protect that 'standing' has caused most of the wars of modern times.

If mental illness mirrors the obsessions of any given society, what does the current definition and range of mental disorders say about the 21st century? Writer and historian Lisa Appignanesi surveys our changing attitudes to mental illness, particularly among women, over the last 200 years.