8:12 Insight: Help for the Homeless

Insight this morning speaks to some of the estimated 20,000 people in New Zealand who have no home and who sleep rough; on the streets, in garages and in cars. Why do they have no permanent shelter and what needs to be done to help them?
Produced by Richard Pamatatau 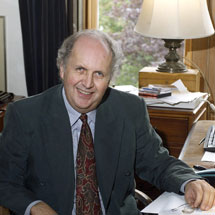 The novelist (pictured right) talks to Chris Laidlaw about drawing on the spirit of the people of Botswana for inspiration in his hugely successful series about the No. 1 Ladies' Detective Agency.
Produced by Jeremy Rose.
Tea Time for the Traditionally Built. Published by Hachette.

In Mediawatch this week we look at whether the media got the tone right for Australia's bushfire catastrophe; and we'll ask some senior journalists taking part in a media conference why they're giving tips to businesspeople who've paid for the privilege. Also in the programme - we talk to a New Zealand journalist who just got a top job at one of the world's biggest broadcasters; and we hear about the punk rocker knocking our exports in the media. Produced and presented by Colin Peacock and Jeremy Rose.

The chair of the Victorian government's climate change reference group, Professor David Karoly, from the University of Melbourne talks to Chris Laidlaw about the role of climate change in the bushfires and how humans need to adapt to extreme fire weather, which he says is likely to become much more common.
Produced by Christine Cessford

10:06 The Sunday Group: Should Creation stories be taught as part of the science curriculum in NZ schools?

Charles Darwin's demonstrations of evolution and the process of natural selection have been stirring things up for a while in some parts of society, and these days the conflict can often be found in the classroom. Overseas, particularly in the US, creationists - those who believe in the literal, six-day creation of the Earth as described in Genesis - are battling to have evolution removed from the science curriculum, and to have the Creation story taught in schools. Here in New Zealand, there has been a bid by a Christian group to get creationism on the curriculum - the issue is here, but it's very much under the radar. So the question for today's Sunday Group is: Should Creation stories be taught as part of the science curriculum in NZ schools? Rather than having the debate about creation versus evolution, today's focus is about how the argument is dealt with in schools.

New Zealand's Allan Wilson Centre for Molecular Ecology and Evolution has just hosted an international conference on biological education in Christchurch, called BioEd - to celebrate the impact of Darwin's ideas on current scientific knowledge. Fresh from that conference and joining Chris Laidlaw on the Sunday Group is Allen Rodrigo, Professor of Computational Biology and Bioinformatics at the University of Auckland; (and for those of you who don't know, Bioinformatics is the application of information technology to the field of molecular biology); Bernard Beckett, who's a high school teacher in Lower Hutt and former Royal Society Teacher Fellow at the Allan Wilson Centre; and Bill Martin,originally from Texas, but is now Professor of Botany at the University of Düsseldorf in Germany.
www.allanwilsoncentre.ac.nz
Produced by Christine Cessford

Each week Trevor Reekie takes you on a trip that seeks out musical gems from niche markets around the globe, the latest re-releases and interesting sounds from the shallow end of the bit stream. This week Trevor digs up a young Canadian acoustic instrumentalist who has recorded a gem of an album in his apartment as well as discovering the result of crossing Malian percussion with Indian rhythms. Produced by Trevor Reekie

Not since the 1930s, when Bertolt Brecht posed the question, 'Who is the bigger criminal, he who robs a bank, or he who founds one?' have the banks had such a bad rap internationally. This week on Ideas we hear about Britain's Co-operative Bank which is going from strength to strength as other banks fall like ninepins, and we ask, are co-operatives part of the solution to the current financial crisis?
Presented by Chris Laidlaw
Produced by Jeremy Rose