Podcasts and playlists for pets

A new feature by music streaming service Spotify, generates the puuuurfect playlist for you to enjoy - with your pet.

The company has launched a range of "algorithmically curated" pet playlists and a new podcast intended to calm dogs left on their own.

Narrated by Ralph Ineson from Game of Thrones and the Harry Potter movies, and Jessica Raine from Call the Midwife, it's the ultimate canine companion for any hound left home alone. 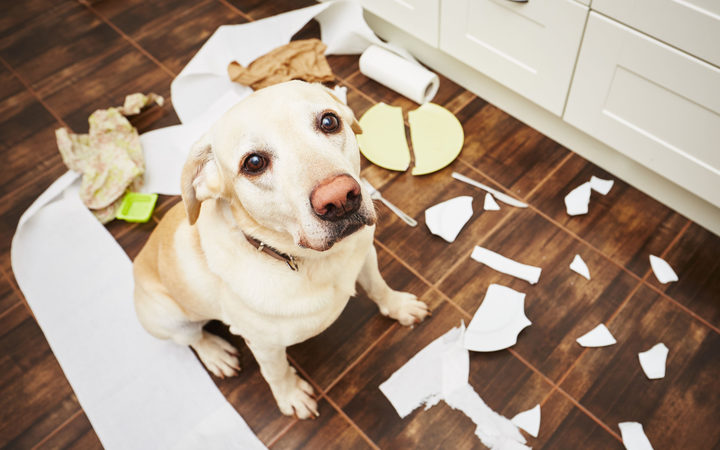 Bored and stressed dogs can cause damage to property and themselves. Photo: 123RF

The features have been carefully crafted with the help of Animal Psychologists. One of which, Alex Benjamin from the University of York, spoke to Summer Report's Logan Church.

She says a lot of dog owners already leave their dog at home with the radio or television on and they thought it’d be a fun project to curate playlists specifically for each pet.

“It’s partly to give them some company, something to listen to, but also to mask the sounds of the outside world. If you’ve left your dog by themselves, they might hear traffic noises or a neighbour knocking the bins over, and those kinds of noises can startle a dog.

“So, we thought this podcast could be something people could leave on for their dogs knowing that it’s going to be calming and it’s going to mask those outside noises so your dog can really relax.”

Benjamin conducted a study a few years ago that looked at the kinds of sounds and speech that dogs preferred to pay attention to. They found that a high-pitched sing-song voice was one that dogs liked but found excitable.

“That’s why we’ve gone for something more slower in pace and lower in pitch that’s going to be calming for them to listen to and not make them chew up your carpets or look for mischief while you’re out.”

She says the resulting podcast is very relaxing, even for humans.

“It’s the sort of thing where if you’re looking for something to put you to sleep, it’s going to be really good for that as well.”