Nine years ago Ready Player One by self-confessed geek Ernest Cline sent readers on a quest to solve pop culture clues hidden in a virtual realty game. The prize; ownership of the game itself.

Steven Spielberg adapted the novel into a sleeper hit and now it’s game on again. 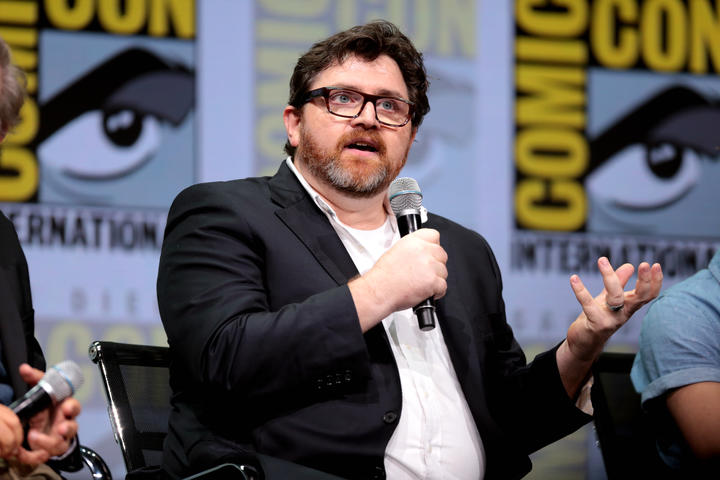 Ready Player Two is the science-fiction sequel with a new quest and new ethical dilemmas that challenge the way we think about technology and how it affects our lives.

Cline tells Summer Times the new book picks up around two weeks after the events of the first novel.

He says the first novel was an extrapolation of how virtual reality and our reliance on it could affect our everyday lives, a concept he’s now expanded.

“In Ready Player Two I examined the next step in the evolution of video games and virtual reality which would be a brain-computer interface.”

Cline says he knew he wanted to a write a sequel once he got near finishing Ready Player One.

“Even though these characters had seemingly gotten everything they wanted, inherited all this money and control of the world’s most powerful and influential company, I knew that was going to create all sorts of problems in their lives – especially since they’re teenagers.

Cline says he was lucky enough to work on the film with Steven Spielberg as a screen writer and see his book come to life.

“I assumed it could never become a movie because of all the pop culture licenses they’d have to attain to make that film. By some miracle, the project ended up going to the one person who could get the licenses to pretty much anything that we wanted because everyone would like to have their IP featured in a Steven Spielberg movie.

“It was almost like it was meant to be. I wrote a story that only one person could have ended up realising and it found its way to that one guy. I’m incredibly blessed.”

However he says he’s made a conscious decision to write a sequel to his novel, not the film, and is unsure if there will be a sequel movie.

“I’m keeping the two separate worlds in my head because I wanted to be faithful to all the fans of the book… I’ll let the movie, if there is one, sort itself out later.”

Cline says he was surprised to see high fidelity virtual reality gaming come about just years after the publication of the first book and the founders of Oculus Rift, a VR gaming headset, invited him to their offices to do a book signing.

“The founders gave out a copy of Ready Player One to every single new employee at their company for years. They told me directly they take inspiration from things I imagined in the story and took ideas from it. That was astounding to me, the book became a self-fulfilling prophecy in some ways, and I got to experience the creation of that technology.”

However, far from celebrating jumps in technology, Cline is somewhat pessimistic about what it could mean for our lives.

“I worry that, to some degree, social media and this constant connectivity to it could be slowly driving a large percentage of the population mad. We’re not biologically equipped for it. We’re hunter gatherers that are meant to be in a tribe of a few hundred people, we’re not meant to have our random shower thoughts shared with a billion.

“People’s jobs and identities are tied to this global communication platform and we don’t know the effects of that yet on our psyche as individuals, or our culture as a whole.”