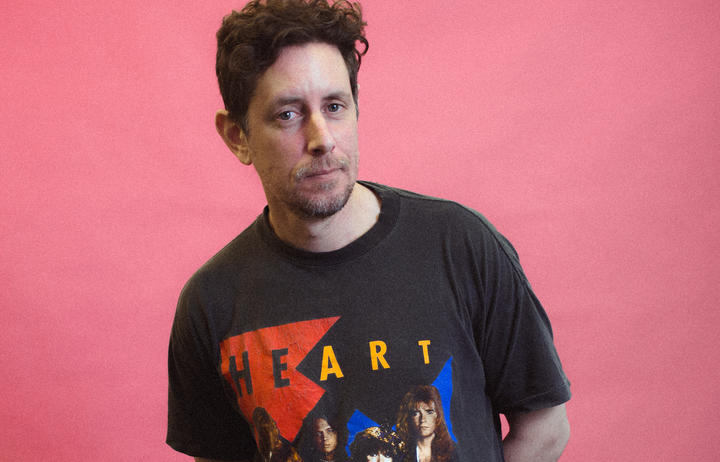 RNZ presenter Wallace Chapman is loving spending time with his whānau this summer, but he did come back limping from a family holiday in Waipu Cove.

Wallace, who hosts The Panel every weekday afternoon, was a post-grad student living on the disability benefit when he got his start in broadcasting.

A flatmate suggested he volunteer at the student radio station Radio One.

"I was always that person in the flat who was up late drinking cups of tea in the kitchen… discussing issues. It's kind of a natural follow-on from flat discussion."

"He shouted to me across Ponsonby Road: "Wallace! Always take a nap!"

Later, he hosted the political interview show Back Benches, then RNZ's Sunday Morning for 5 years.

At the start of 2019, Wallace swapped roles with Jim Mora, becoming only the second-ever host of The Panel.

"I love panel discussions and I love opinion. I want the experts' [views, as well] but what is life without opinion?"

The Penguin History of New Zealand by Michael King

A Mile Down: The True Story of a Disastrous Career at Sea by David Vann

"It's a great book. You've got a book that focuses less on successes but utter failure. It's just riveting … it's about a writer who starts a side hustle where he takes charters around the Greek Islands but everything that could go wrong did."

"It was very, very hard to get into [but] 20 minutes in, it got us. To sum up, I'm gonna quote [American journalist] Bill Moyers, who said 'when television history is written, little else will rival The Wire."

"It is trash TV but you can't always keep your head in Shakespearian drama. It's [about buying and selling] high-end realty in Los Angeles… I won't lie, I have a bit of an interest in real estate because I live in Auckland. It's just a fun show and it's a cheap, easy, trashy watch."

Wallace has been a massive fan of Prince's music since his early teens.

"It wasn't big and lush like a lot of other '80s music… prince was unique. It was often quite sibilant … very spare. A lot of mids, not a lot of bass.

"Prince is at his best when he talks in his own obtuse way about social issues. This is a song from his extraordinary album Around the World in a Day. It's a beautiful slice of funk."

'Save My Life' by Bike

"The chord progression is divine, the jangle rings like bells. If you had a competition to decide what is the most perfect three-minute pop song that was ever constructed in the history of Aotearoa, this would be my pick."

Wallace says he isn't especially a Dylan fan, but his wife suggested this song for their wedding dance and it was perfect.

"We took it to the dance class and the guy said 'Tricky time signature'. I said 'there you go, it's out!' [This choice of song] is a testament to the way my beautiful, wonderful wife Tabitha can see things. She can see a way of thinking, a way through music and life that often I don't see."