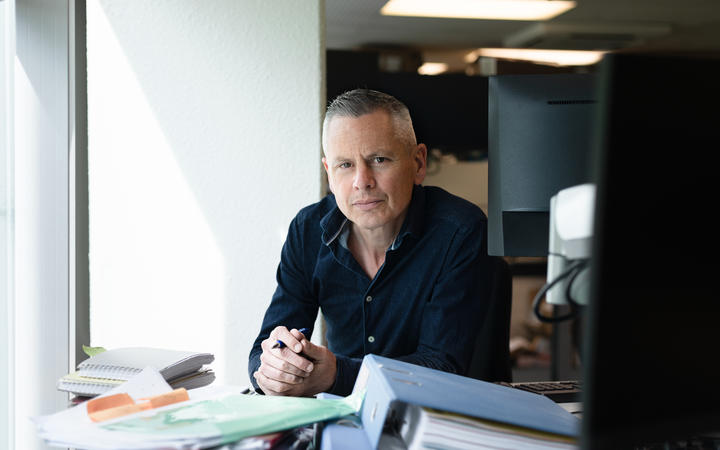 RNZ investigative journalist Guyon Espiner says that while he enjoyed co-hosting Morning Report, he's now loving the chance to dig deeper into the stories that matter.

"I wanted to leave on a high. I like to go hard and leave early… I did five years, I did a thousand shows, I reckon, and that was enough for me."

Guyon talks to Jesse Mulligan about his favourite music, TV shows, books and work experiences of 2020.

Looking back at his on-air interviews, Guyon tells Jesse he's most proud of his 2017 conversation with controversial politician Winston Peters.

Usually it's painful to listen back to your own interviews, he says, but this one he's rewatched a couple of times just for entertainment value.

"He's damn good and that was one of the few times I actually gave him a good run for his money."

The best part of reporting is finding out something someone doesn't want you to know - and then telling the world, but the art of simply trying to figure stuff out is under-appreciated in New Zealand, Guyon says.

"The base level is the reporting of what's going on and everyone else is feeding off that, right, the columnists and the opinions are all based off that. So if you're having your most junior people doing the reporting, have you got that the wrong way round?

"[At this stage in my career], I finally feel I'm ready to do 'real' reporting."

"It was probably in lockdown that I realised I loved music and I wasn't paying enough attention to it … and it was quite nice to play around on Spotify and find some stuff I was into."

His musical taste tends towards the "lugubrious" and "mournful" and recent favourites include American singer-songwriters Matt Berninger (frontman of The National) and Phoebe Bridgers, as well as the Australian band Luluc.

When it comes to reading novels, Guyon describes himself as a "classics guy" and during lockdown, he re-read George Orwell's 1984 and The Plague by Albert Camus.

Last year, he also enjoyed the writing of his wife Dr Emma Espiner (who produced the RNZ podcast Getting Better - A Year in the Life of a Māori Medical Student).

"[Emma] was always a very good writer … but she's gotten a lot better in the last couple of years and won an award this year [Opinion Writer of the Year at the Voyager Media Awards], which is pretty extraordinary considering she's raising a child and just graduated from medical school."