Wowing the critics with flash fiction

Flash fiction – it’s what it sounds like - essentially a short short story.

It's something Jack Cottrell knows a lot about - this year he won the $5000 James Wallace Creative Writing prize at Auckland University for one of his short stories. 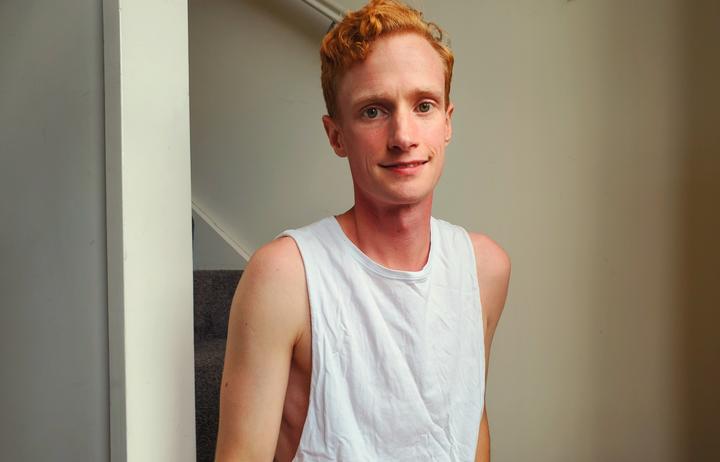 He tells Jesse Mulligan he has always been writing short stories and, rather than them getting longer and toward a novel, they got shorter and shorter. His shortest story so far is just 13 words long.

Cottrell says the trick to a good short story is finding the right place to start – usually somewhere towards the end.

“And then just writing from there because you don’t exactly have a lot of time to get into the preamble or world-building.”

He demonstrates with a story, Drifter, which he brought to the studio:

He’s homeless, though not the rough kind sleeping on the streets begging for change. He jokes that his life has too much change, too many moves from friends’ couch to the relatives spare room, backpackers to the back seat of his car if he’s desperate. He hasn’t been that desperate for a while.

He stayed at his sisters’ for almost six months. But, inside his head, he is still homeless. He keeps every box he comes across. Never buys anything new without knowing what two items he’ll throw away in exchange.

If you ask him why he doesn’t just find a place, sign a lease, get some housemates, he’ll give you a line about commitment issues. He’ll tell you he’s the Gen Z Jack Kerouac, except not such a wanker. He won’t talk about the safety of knowing that as soon as someone seems tired of him he can flee.

The comfort of never being ghosted when you are, yourself, a ghost. If you press it, ask something that gets too close to the places that he can’t call home, he lies. Abusive parents or partners past, gauging the level of trauma you will accept.

There has never been any abuse, not really. Yet, every morning he wakes and waits for the signal that he needs to go and, if it doesn’t arrive soon enough, he will depart anyway. He leaves behind a stripped bed and another of the connections that tie him to the earth.

He rarely dreams but when he does, the best dreams are where he sees himself floating just below the ceiling. No longer homeless, but in every home. A vapour collecting in all the places he never really used to be.

Cottrell says he will use the $5000 to attempt to write something a bit longer.

“It’s great to be able to have some cash to put towards spending time writing rather than trying to fit it in around a full-time job.”

He says flash fiction appealed to his short attention span and love of playing around with words.

“All of the stories went through around seven rounds of edits where you go through and cut every word that’s unnecessary and try and find the best word for exactly what you’re trying to get across, which I find really satisfying.”