Susie Ferguson: Arriving in NZ was like a strange homecoming

Morning Report co-host Susie Ferguson talks about her Kiwi family connections, what she learnt working as a war correspondent and her favourite road trip tunes. 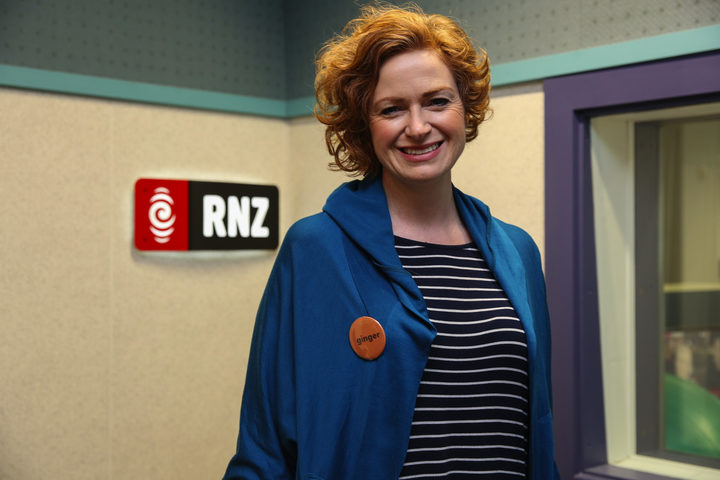 Susie Ferguson was a war correspondent well-acquainted with melting moments when she first visited New Zealand 14 years ago.

Susie grew up in Scotland but was already part-Kiwi – her father was born in Dunedin and her grandmother and great-grandfather were born in Gore.

In 2006, Susie flew with her now-husband Lee from London to Auckland, then from Auckland (where it was 27 degrees) to Dunedin (where it was 7 degrees).

Arriving in New Zealand for the first time was like a strange homecoming, she says.

"People spoke in the same way as my granny had. And I hadn't really thought about her having a New Zealand accent, but she did.

"Everyone had melting moments in the biscuit jars. And I said to Lee, my husband, 'isn't it weird how they've got all these melting moments everywhere?' And he turned around to me and went 'what's a melting moment?' I was like hang on a minute, this is a New Zealand thing. I thought everyone's granny made these and had them in their biscuit tins in the UK, but apparently not.

"It was almost jarring but in a really warm hug kind of a way."

At that time, Susie and Lee were ready to leave London, and on the drive from Rotorua to Auckland to catch their flight back they started talking about not getting on the plane.

"We were at that jumping-off point where we're gonna move somewhere, we're gonna go somewhere. And we suddenly thought 'maybe New Zealand's the place. Maybe this has been put in front of us at just the right time and it's an opportunity not to pass up'.

"It was that road trip around NZ that kind of sealed the deal."

Working as a war correspondent was an amazing job that taught her a lot, Susie says.

She got her first job as a war correspondent on Valentines Day 2003: 'Three weeks later I was living out the back of a tank with three blokes I'd never met before, on the frontlines."

At the time there were no women soldiers on the frontlines and it was quite weird being the only woman in the group, she says. The men were very respectful, though, and she didn't have any "me too moments".

There were moments of beauty: "Sticking my head out the top of a tank while it's rolling into Basra, doing a live cross, while flowers and sweets were being thrown at the soldiers as they rolled into the city is a memory I will never forget."

Hospitality to strangers is an important part of Islamic culture, Susie says, and Afghan people especially were overwhelmingly generous.

"I kind of hate the word 'resilience', but it is the resilience of the human spirit that kind of jumps out at me … People who are in awful, extraordinary, unexpected situations and somehow they look after their families, they carry on, they make lives for themselves."

'Other Side of the World' by KT Tunstall from the 2004 album Eye to the Telescope:

'Better Together' by Jack Johnson from the 2005 album In Between Dreams:

'Our Mutual Friend' by The Divine Comedy from the 2004 album Absent Friends: