Corin Dann had a big 2019. He started the year presenting the TV talk show Q + A, then joined Susie Ferguson as a Morning Report co-host in May.

The Wellington journalist talks to Emile Donovan about his post-work 'surf and siesta' routine, his favourite camping spot and the music he loves. 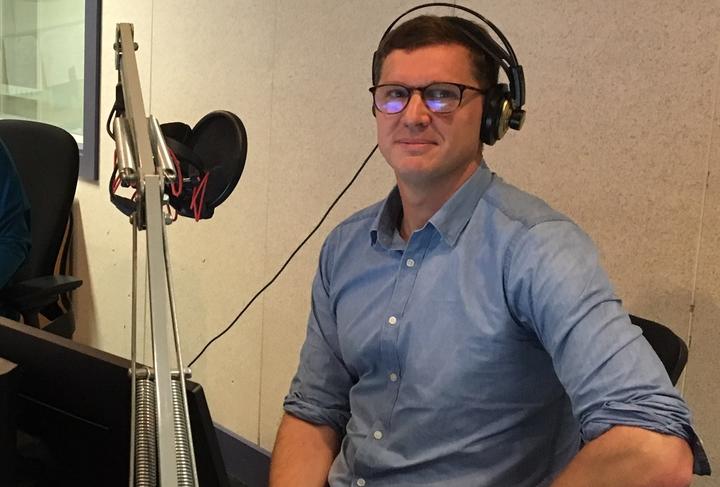 Corin says his current daily schedule involves getting up for work at 3:30am then hopefully squeezing in an afternoon surf and siesta before the kids get home from school.

Corin lives with his partner Lotta Dann and their three sons in Wellington, but he grew up in Christchurch.

Down south is his favourite place for a summer break – specifically Okains Bay near Akaroa which has a "wonderful old campground right on the beach".

Corin's family camped there when he was a kid and in recent years, he's taken his own family and met up with his sister's family and some other friends.

"Five or six families will get together, and we camp in a big tent city and put up lights and have camp concerts. There's kids everywhere. You just completely unwind. There's no cellphone coverage or anything like that. It's a great wee escape."

"It only takes a few hours and they just suddenly click back into this mode of… they seem to forget it pretty quick. And turn feral and don't have a shower for a week and there's sand everywhere and all that sort of stuff." 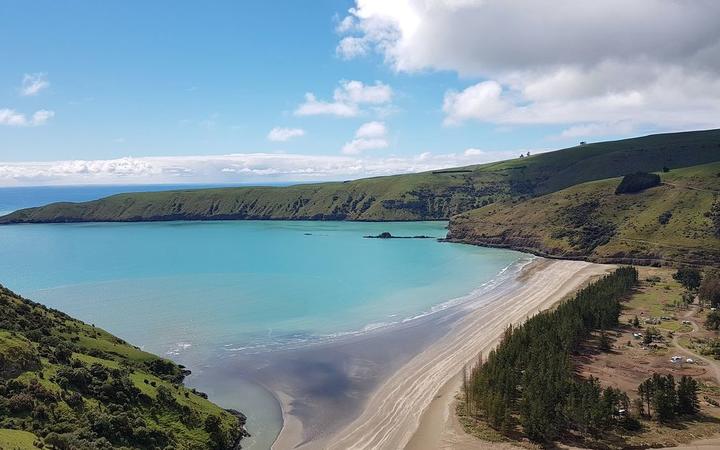 Corin is especially looking forward to quality family time this summer as it's the first since his beloved mum died in March last year.

'[My mother] was so into people and very wise and worldly. I've begun to realise as time moves on since her passing how lucky I've been and the things that I've got from her that I like about myself."

After being diagnosed with bowel cancer, Corin's mum was in Christchurch Hospital just after the terror attacks in that city.

It was strange to grieve alongside families affected by those events, he says.

"I was going to hospital and there was still police and families from the tragedy while I was having my own personal tragedy."

Corin's brother, the journalist Liam Dann, wrote a piece about their family's experience.

When Corin became co-host of Morning Report in May it wasn't his first RNZ gig.

His journalism career began at the RNZ Wellington office 20 years ago when he got a job as a sports intern.

"My grammar was pretty ropey for a journalist. It was amazing how much I had to pull finger and sort myself out."

Since then, Corin has worked more in television than radio – and enjoyed it – but says he's always felt "very Radio New Zealand" at heart.

"Even when I was in TV, I was probably seen as someone who was a bit more of a serious guy into slightly more RNZ-y type stories.

"I always felt like I was an RNZ journalist in the sense of the standards and values of balance and fairness… There's a certain RNZ way – I don't know what it is – that I felt very connected to."

Corin happens to be good friends with the presenter he replaced on Morning Report – Guyon Espiner.

They both went to Cashmere High School in Christchurch and Guyon was a couple of years ahead and a good friend of his brother's.

Later Corin and Guyon became friends while working together in the parliamentary press gallery.

The pair have different interview styles, Corin says, but he counts Guyon as a mentor.

"We talk a lot about news and a lot about journalism. They're amazing chats and I cherish them greatly. He's a fine man."

Guyon has raised the bar with his use of te reo Māori in broadcasting, Corin says. He's currently studying te reo himself.

"There is an onus on me as a broadcaster to keep trying to lift those standards and improve and bring in new words."

Outside of work, Corin loves sport – Canterbury rugby, cricket and surfing to watch, surfing and snowboarding to do himself.

He also likes to plays guitar.

'The main thing is I just like to have a guitar in hand and be able to noodle around on it when I feel like it … I've learned heaps on the guitar from just noodling around."

'June Hymn' by The Decemberists (from the 2011 album The King is Dead):

"This song brings up a lot of feelings about growing up in the house with my parents and the type of music we used to listen to. The melody particularly, really strong melodies. It's very much a summer song, too. It's kind of hopeful but also sad. It's beautiful."

"I have fallen in love with this guy over the last two albums. Every time I listen to them they blow me away with all the layers. I love all the little trickery and the weird stuff that's on it. Underneath it all, he writes simple beautiful songs and just layers them up."

"I love the singing. It's the melody that gets me every time."

'Concrete Jungle' by Bob Marley (from the 1973 album Catch a Fire):