On The Road with Catherine Robertson

Author Catherine Robertson says her first hitchhiking trips were “definitely risky”, but the independence gained, the experience of meeting new - and sometimes strange - people, and seeing new landscapes are invaluable. 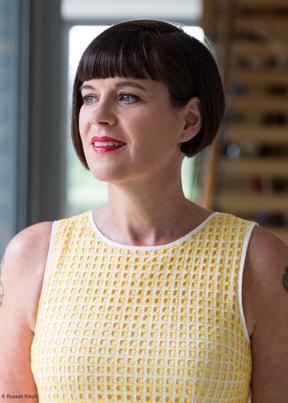 She told Summer Times she wasn’t particularly adventurous as a child, and neither she nor her boyfriend at the time had a license. But it was a chance for her to gain some independence, she says.

“It was an entertaining trip, but it does stick with me because of some other weird people that we met.

“But it's a fascinating way to see the country because you're in one place quite often for a long time, I remember standing there and it was incredibly still and we were in the country, and there were swallows.

“And they were just ducking and diving, and I don't think coming from Wellington that I'd seen swallows before, I was just staring at them mesmerised for quite some time."

She remembers her mother’s horror when she asked for the first time to go on a hitchhiking trip with her boyfriend back in 1984. Roberston, who was 17 at the time, argued that she was almost an adult, to which her mother replied that she should ask her father instead.

“He sort of went 'all right'. You could see my mother just flashed him this look like 'you're going to pay for this later'. But one thing she made us do was catch the bus to Taupo.”

And considering this was the ‘80s, it was one long and slow bus ride, she says. What followed wasn’t any better though.

“We had a tent that we borrowed from somebody which turned out to have no waterproofing whatsoever as we discovered in the first night in Taupo, which was very wet.”

Despite it being her first hitchhiking experience, she says she wasn’t scared at all. Afterall, it was summer and a lot of tourists and families were around.

“I probably should have been [scared] considering some of the things that happened … There weren't that many times where I actually felt, ‘okay, this is really a problem’.

“But in that time, also, there was a lot of hitchhiking going on, it wasn't seen as such a bad thing, you know, things that you would never do now.

“You don't see hitchhikers [now] as much as you did when I was young.”

The tinfoil lady and the ex-prisoner in the woods

One time in particular that Roberston says did get her a bit on edge, was when the driver who offered them a lift started going off down a country road.

“And then they started turning off and going up a field and we just said, ‘No, no, no, no let us out’ and they seemed quite surprised. It was as if they'd almost forgotten we were there.”

It may sound odd but strange encounters seem all too common in Robertson’s hitchhiking tales. She recalls the time they were trying to go all the way through Auckland in one go, but ended up at Ellerslie, waiting on the motorway for their next ride. After two hours, a woman in an old Datsun pulled up.

“We looked in and it was this woman who I think had sort of been dressing the same since she was about 15 years old, and I don't know how old she was, but about in her 40s in this frilly sort of dress.

“She looked a bit mad but she was our only ride. She made us climb over the front seat and sit on the back. And the front seat was piled up with what looked like squashed cardboard boxes.”

But soon they discovered that the woman would only be taking them to Papakura, not as far as they’d hoped for.

"We went 'no, no, no, can you stop', but she was not listening to us because she was driving with one hand and unfolding these boxes, and these boxes were lined with tin foil. She was putting them up over not only the side mirror, but the windscreen itself to protect from the magnetic rays from the industrial factories we were going through.”

Ultimately the woman did stop, Robertson says, only to come screeching back and accuse the boyfriend of stealing her purse, which she was told was spotted under the front seat.

On another occasion, the pair also happened to rub shoulders with a man in a fancy Volvo truck who made money by loading up on Levi’s and selling them in Russia.

“[The Volvo had] a whole little cabin like a bed and everything. It was just really like a little tiny five-star hotel on these massive wheels, and he was hilarious.

“He said people would pull out their gold teeth and offer him gold teeth for Levi's.”

In another trip, the pair were standing between Rotorua and Taupo on the edge of a forest when someone emerged from there.

“He had a massive black eye and he looked really kind of rundown, like he'd been sleeping rough and which he came up [to us] and says 'have you got any food?' and he was cheerful you know he didn't seem dangerous.

“We gave him a can of baked beans and he said ‘Oh, I just got out of prison and I got beaten up last night which is why I look like this so I'm just basically heading off to the woods’.

“We said have you got a can opener and he said ‘no, I'll beat it open on a rock, thanks very much’ and disappeared. We just went cool ... okay.”

But hitchhiking in the ‘80s also meant being cut off, with no phones to talk to her parents and no eftpos on hand either. What little money they had as students had to be saved and used wisely, Robertson says.

After catching a ferry to Whitianga for $1.60, they weren’t sure whether the ticket was for return as well, she says.

“I basically thought, okay, well I better keep another $1.60. So for the two days I think we stayed and we got a lift to hot water beach. We survived on Huntley and Palmers cream crackers and apricot jam, we couldn't buy anything else, I had no money, I had my $1.60 in coins, no eftpos, no nothing.”

Hitchhiking then vs now

Now, Robertson was faced with a similar conundrum to her mother from when she first asked to go hitchhiking. Her youngest son and his girlfriend had been planning a road trip and Robertson says she was a little nervous at first but understood these were different circumstances to the ‘80s.

“I was thinking … they're in a car with a licensed driver, they have money, they have cell phones, they have all these things that we didn't have in 1984, what am I worried about?”

In comparison, she says her mother didn’t even know where they were or if they were okay for the whole three weeks she was away.

“I don't even remember ringing her from anywhere, no payphone. I needed my money for the ferry and the apricot jam.”

But more importantly, she says, it’s all about the lessons you take from it. Although, she says she’s a little sad her kids won’t get the exact same experiences she did.

“It gives you a sense of self-reliance as well. You know, making it on your own and happen and doing it for little money.

“A lot of people have chosen trips that they did when they were young, and I think it is a formative experience. Part of you looks back and goes, ‘okay, I survived that one, probably wouldn't do it again knowing what I know’. But, I'm so glad I did, so glad.

* Catherine Roberston has recently been appointed the Victoria University of Wellington International Institute of Modern Letters (IIML) and Creative New Zealand Writer in Residence for 2020. She’s working on another novel featuring Wainuiomata Cycling Club based on her husband’s childhood years (listen to the full interview for more details on it).