Iconic Tiki to be bought by Te Papa

The iconic plastic tiki that was gifted to John Lennon when The Beatles toured New Zealand in 1964 will be purchased by Te Papa. 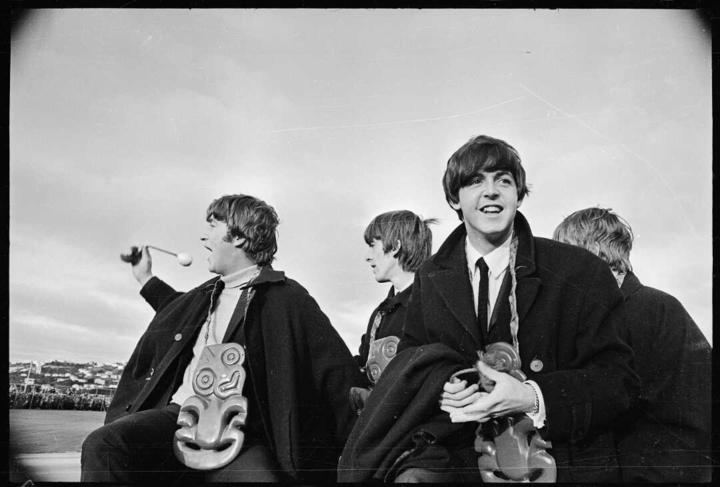 Lennon ending up re-gifting his tiki to a South Island woman who has since looked after it for the past five decades and has now decided to sell it to the national collection for preservation.

Te papa tiki expert, Dougal Austin says the large tiki is an example of how Māori culture is often distorted and was exploited to promote tourism in the '60s.

He told Summer Times he only became aware that the hei tiki still existed at the beginning of the year.

He said plastic tiki were commercially manufactured by a Wellington company and it was decided to take four to give to the Beatles.

"As they stepped off the plane, they were greeted by a Māori concert party who hung them around their neck and gave them a set of poi each and hongi. It was all filmed and highly publicised. And then the Beatles were on the back of a Holden ute. It was quite a spectacle."

He said the woman who was given the tiki and poi by Lennon was 24 at the time.

"She got a call from a friend of hers who had just finished interviewing the Beatles in their hotel and the group wanted to meet some local young women. They got the invitation and away they went."

Austin said the hei tiki was a cultural treasure.

"Prestigious Māori adornment with centuries of lineage stretches back many centuries then you get to around 1900 and there was widespread appropriation of hei tiki with many thousands made in Germany and exported back to New Zealand, so we have a few of those German-made hei tikis in the Te Papa collection".

He said in the 1960s, plastic tiki were normalised and a sign of the times.

"But today there's an awareness that it's not a culturally appropriate thing to do any more and probably never was. There's a growing awareness".

Austin said he couldn't reveal how much Te Papa has paid for the tiki.