Toys for children today are also often hi-tech - from baby computers to self-rockers that play music, to toys and books programmed to speak a child's name. 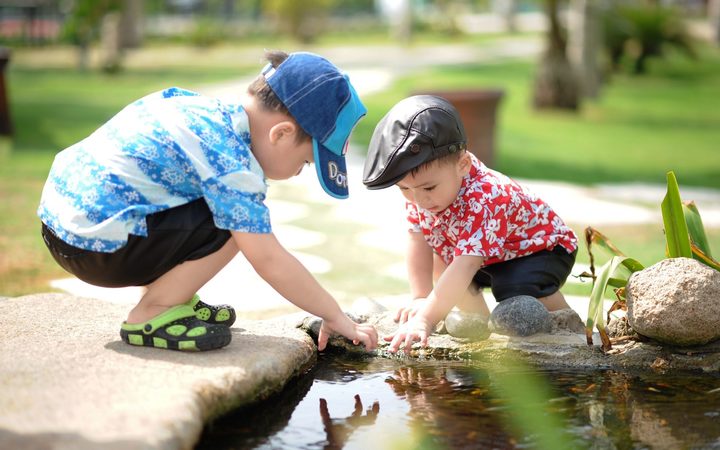 Once, unstructured play was the norm, says Dr Sarah Rusholme of Capital E, a Wellington centre for children's creativity.

Her own Welsh childhood was a case in point.

“We used to wait till after school when the builders went home and we used to go and investigate these half-built houses. We’d be playing, a health and safety nightmare these days, but we’d be on the diggers, clambering over rafters, investigating plasterboard.

“And when we weren’t doing that we’d be on the canal banks building forts, fishing, we’d be doing all of those great things getting our hands dirty. And we’d be away from home for hours, absolutely hours,” she says.

She tries to bring a touch of that spirit to Capital E.

“It was an amazing, creative exploration of that environment and it’s something that a lot of children today aren’t necessarily getting to experience.

“Unstructured play is where there is freedom for children to explore, to use their imagination, to have their ideas bubble to the surface and for them to test and play with those different concepts.”

For children, it's joyful, happy and fun, she says.

“It’s engaging, children are really absorbed in it, you can see the concentration, how immersed they are.

“It’s building on what they already know and what they learn can be used in other situations afterward.”

One such theme is birthdays.

"We worked with a group of kids from Berhampore School and our creative producers, who work in that area, have come up with a wonderful environment. It has play spaces, it has presents you can design and make, and cakes you can add to.

“It’s all about providing a few seeds of ideas and we see it every day. Children and their caregivers will be there for up to a couple of hours getting absorbed in those ideas.”

Inspiring children to explore their imaginations can be a powerful learning tool, she says.

“You can just kick the kid out in the garden and hope that boredom’s going to do its thing, but there’s all sorts of little things you can do just to seed those moments of creativity and inspiration and playfulness.”

'The house and the mushroom' is a game she plays with her own children.

"Which would win? There’s no right answer.

“One of the most important things you can do is model that behaviour yourself. Play and playfulness isn’t just for kids, it’s for absolutely everybody and it’s important for whatever age you are.

“[It’s about] subverting ideas, can you flip this on its head? Why is this the way it is?”

Technology is an important part of children’s lives, but it shouldn’t be used as a passive, mindless pastime, she says.

At Capital E, children learn to use technology to create, she says.

“Media, multi-media and IT... it is part of our changing world, it is what our young people are going to have to be masters of for their future careers, and future success.”