After Peter Bland's daughter "sort of bullied him into it," the acclaimed British-NZ poet and actor started recording Facebook videos. Now he enjoys both the intimacy of reading to the camera – and some lovely feedback. 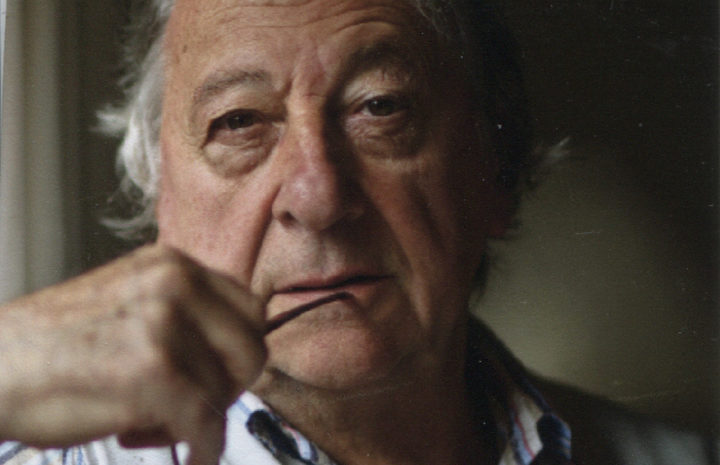 Peter Bland moved to Wellington from his native Yorkshire in the early '50s and emerged on the local poetry scene alongside James K Baxter and Louis Johnson, as a member of the Wellington Group.

Through the 1970s and 1980s, he also worked as a character actor, winning Best Actor at the 1985 NZ Film Awards for the Billy T James comedy Came a Hot Friday.

Watch Peter Bland as Wes Pennington in an extract from Came A Hot Friday:

In his Facebook videos, Bland delivers his poems to camera in a room surrounded by overflowing bookcases.

He says that he relishes the intimacy of reading directly to an unseen audience.

"I’m useless on social media, I can barely do email and I can’t pay bills or anything. I send poems to the income tax department by mistake, so I’m absolutely useless, but my daughter said ‘I really like listening to you reading your poems to me, I think you should allow me to put them on Facebook and you can do a new poem a week and I’m sure people will enjoy it.’

“She sort of bullied me into it. I’m grateful because I really enjoy doing it and I get lovely feedback."

The camera can lend a certain intimacy to a poetry performance, Bland says.

“Reading the poems, it’s not like you’re reading them to a crowded hall in which case you have to belt them out a bit. You can really lay back on the poems and just sort of talk them out and there’s an intimacy to that that people respond to.

“I choose poems either that I’m confident about or that have been hanging around for a while and I know them well and am confident about them or they’re so brand new that they are exciting to me and I want to share that excitement.”

Bland says his poetry falls somewhere between the metaphysical and the performative.

When Bland started out in the 1950s, his poetry criticised New Zealand's culture of conformity and the “spiritual vacuum” here.

“And now it’s whatever. I’m still writing a lot of poetry for kids, and I like that. It’s so immediate. A poem for a kid comes in a rush, it’s very exciting, sometimes. I think to write successful poetry for children you have to have a little bit of the child still alive in you.

"Next May, when I’m 85, I’m hoping on my birthday to bring out a new book called Just Looking which is poems about painting and the visual image – so I’m still plugging away at it.”

Last year, he published The Happy Garden (for children) and Voodoo (for adults).