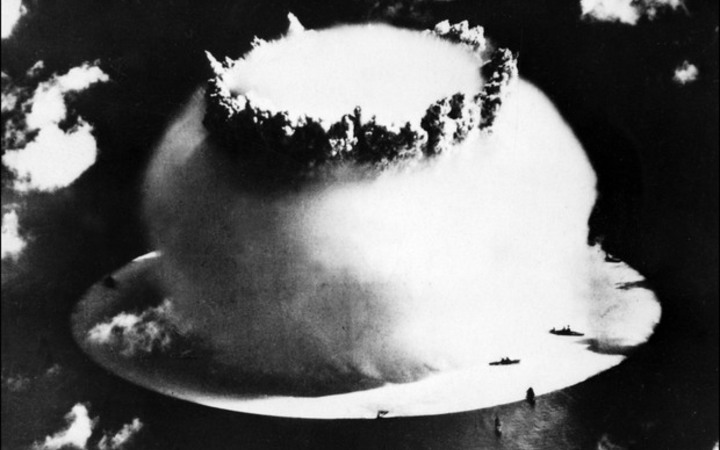 Fihn is executive director of The International Campaign to Abolish Nuclear Weapons (ICAN), which won the 2017 Nobel Peace Prize for its role in bringing about the UN's Treaty on the Prohibition of Nuclear Weapons.

"I think New Zealand has a unique role in this issue, both from having been experiencing the consequences of nuclear weapons but also from that strong stance on the leadership.

"It puts New Zealand in a leading position on this issue and it’s recognised by the rest of the world - a lot of countries look to New Zealand for leadership on this because of the tradition and the strong stance and having this kind of moral authority." 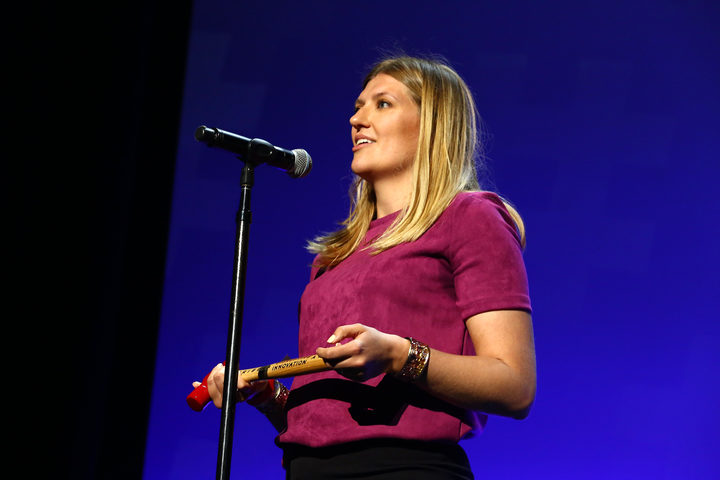 Fihn says New Zealand's anti-nuclear stance has given us more power on the world stage.

"To have a very specific profile on an issue like this, and to have a strong line and to take that role as a leader on nuclear weapons has really given New Zealand a lot of strength and influence in the world, and it’s extremely welcome to see it continuing that tradition and being a leader.

"I myself am from Sweden, another small country that also tries to have that kind of profile, and I think for small countries that’s the only way to really have influence in the world.

"We would not have had the treaty without the leadership of New Zealand."

There is still progress to be made towards the abolition of nuclear weapons, however, and recent world politics have highlighted the potential for disaster, Fihn says.

"Just a month after I accepted it, the prize for ICAN in Oslo, we had Kim Jong-un and Trump exchanging threats to use nuclear weapons on Twitter and immediately that got everyone really scared for a bit.

"We had this false alert in Hawaii this year which was really ‘are we going to go back to the cold war with duck-and-cover exercises?’

She says some progress has been made, perhaps ironically helped in part by that increase in global tensions.

"People seemed to wake up a little bit about nuclear weapons issues. For the first time since the end of the Cold War it’s back on the agenda again ... how are we going to get the political results needed right now - that’s what I’m mostly thinking about."

Fihn says progress was made at the Singapore Summit - the meeting in June between US President Donald Trump and North Korean leader Kim Jong-un - but the relationship between those two countries is something she says is still quite concerning.

“We welcomed the Singapore Summit and diplomatic efforts to solve the crisis, but they’re not enough unless you actually work on rejecting nuclear weapons completely." 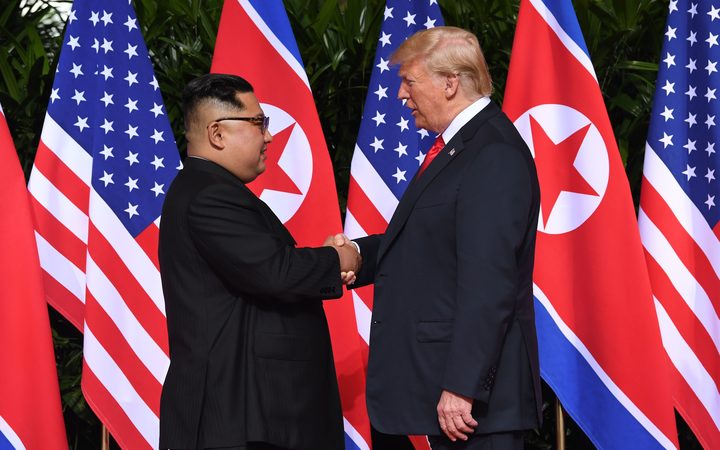 Kim Jong-un and Donald Trump shaking hands at the start of the Singapore Summit this year.  Photo: AFP

"We had some progress, we had some countries signing the prohibition on nuclear weapons and we have something crazy that the nuclear-armed states are doing - so it’s a kind of a whiplash period where we’re going back and forth, back and forth.

"I think one of the things that we have to do to get a long-term stable solution to that situation - that isn’t going to be dependent on which leader is in power or the personal relationship between two of these men - is really to anchor the negotiations in international law and the treaty on the prohibition of nuclear weapons.

"We can’t just leave it up to two people to fix this problem, and we’ve seen how the US is now pulling out of agreements - so there’s no trust that they will stick with something long-term.

Fihn is optimistic about the possibility of a nuclear-free future without a guaranteed US buy-in, however.

“We’ve seen that on other treaties, we’ve had for example the treaties banning cluster munitions or treaty banning land mines: they were initiated by small counties such as New Zealand [which] has been a driving part of those treaties.

"They did not have the participation of the US, or China, Russia but has led to huge levels of disarmament of those weapons even by the countries that haven’t signed the treaty.

"We see, for example, that the US has adjusted its policies to fit the landmines treaty over time even though it wasn’t signed up from the beginning. The cluster munitions: the production has dropped, the victims are getting assistance and help."