It's now 20 years since Dame Jenny Shipley became the first woman to lead the country. She says New Zealand is ahead of the game in terms of women in leadership, but there is still much to be done. 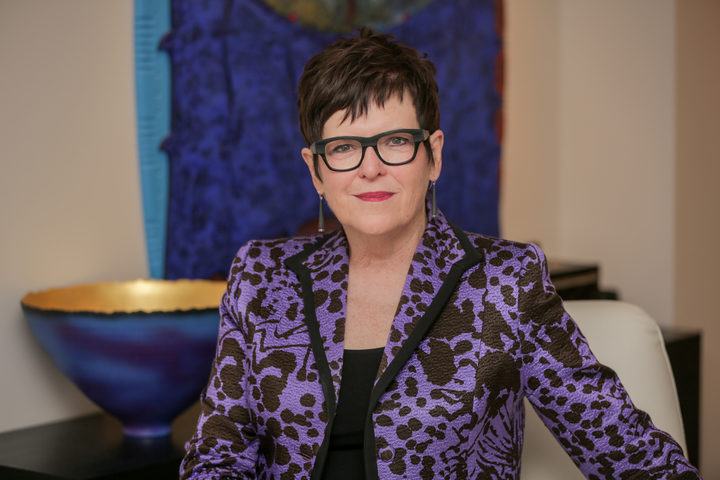 Dame Jenny says much has changed in the time since she was prime minister.

"When I went there first we were still having to argue about having women's bathrooms on each floor. Today, that's not a conversation you would hear.

"I think it's a sign that New Zealanders accept women and men leading and sharing that responsibility, and so that's a change."

"In Parliament, there's been some great change, and how proud can New Zealanders be about having their third woman prime minister?"

Even the rise of that latest leader Jacinda Ardern was marred by sexist commentary and criticism, notably questions about her capacity to do the job and whether she would have children or not.

"It was disappointing that that happened, but I was proud of Jacinda," Dame Jenny says. 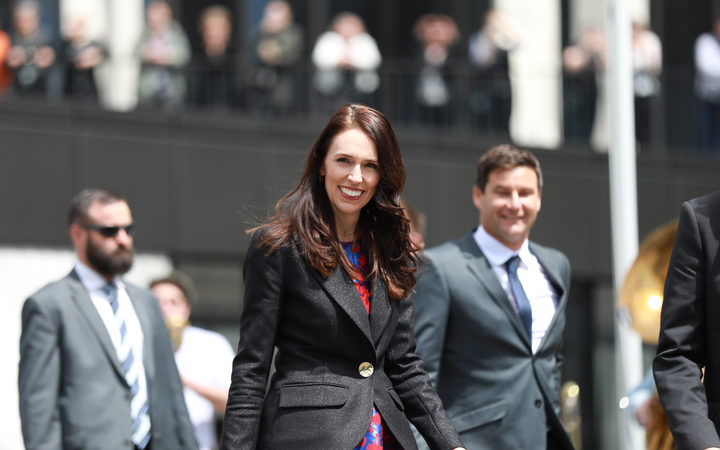 "Jacinda took that on very sharply and I would expect that some of the commentators who waded into that will be slightly slower in getting into it and will listen to what she's saying rather than making comments about how she lives."

Dame Jenny sees signs of progress since she was in the top job.

"What I observed as a difference is that in those early years almost everything I did – and then subsequently more often as [former Prime Minister Helen Clark] did different things – it would be an ongoing carping."

Commentary on the leadership of both Dame Jenny and the finance minister Ruth Richardson involved heavily gendered language both at the time and since.

"Even now, the language that will be used about that era is female-specific. 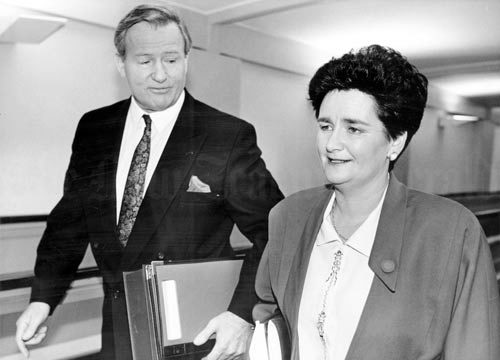 Prime Minister Jim Bolger and Finance Minister Ruth Richardson make their way to the House of Representatives for the presentation of the 1991 budget. Photo: Te Ara / Public Domain

"I looked at my children and my grandchildren, and I said 'How can you keep justifying spending more than our country earns year after year? ... How can you sit there as a decision maker and say 'Oh, I'm not going to do the hard things, I'll just keep doing what we've always done squandering future generations' chance to have choices'."

Dame Jenny is well aware that while New Zealand is ahead of the game in terms of women in leadership, yet says there is still a lot of work to do.

"We do need to move, over time, to see that that balance is there, that the Parliament is far more diverse.

"Remember diversity is not just about gender, it's about 'of the people who are there, do they represent who we are?'.

"And of course we should have half of the Parliament women, but there is now a far more diverse range of people and experience and backgrounds in our parliament than there were both amongst our women and our men and that's a very positive change."

While strides are being made in political representation – and as of July 2016, 44.2 percent of senior leaders in public service are women – the business world in New Zealand is lagging behind many other countries.

One in four boards has no women, just one NZX-listed company has a female chief executive, and listed companies struggle to reach 25 percent women directors. 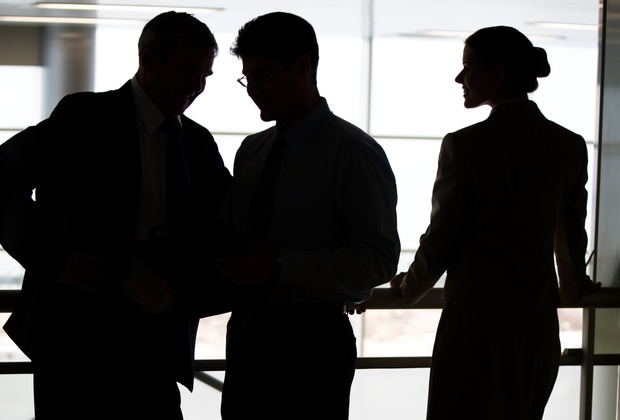 Private and listed companies are one particular area where New Zealand is lagging behind other countries in having women in positions of power, and pay inequality.  Photo: 123RF

There are benefits to having a combination of men and women in leadership, Dame Jenny says.

"When women and men look at risks they look more broadly ... and the collective nature of that decision-making historically now has shown that boards grow more rapidly and fall less far when there's trouble if they have diverse leadership.

"I simply do not buy the line any longer that there are no credible candidates, that's simply not true. There are very capable women in the market as well as our male colleagues available to serve on these boards.

"I've also had experience now where it's been more than just myself there and it makes such a difference ... yes, it's very lonely and it's often very tough if you're the only diverse voice speaking up ... it's hard to often get through."

'Silence Breakers' – women speaking out against sexual abuse and harassment – are now having a huge impact via social media, she says.

Hollywood producer Harvey Weinstein and several of the women who have come forward with their accounts of his sexual predations.  Photo: AFP

"I want to stand with and speak with those women who are speaking out, because it is inexcusable that women have to either accept or stay silent on things that make them less than who they are."

"It's also having a big impact on some companies that are moving much more quickly than they might have done.

"What I mean by that is that the brand damage for some of these big companies when one of their executives is called out.

We need more equality and recognition around pay, particularly for women returning to work after having children, she says. 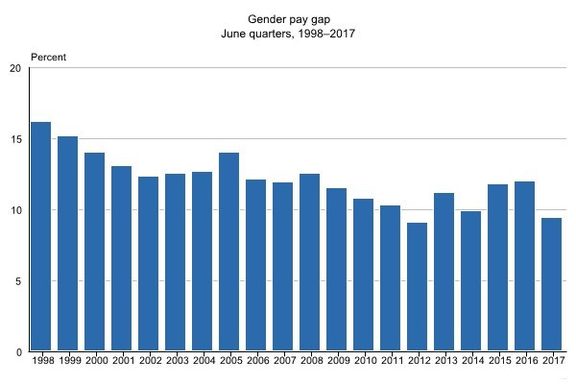 "Historically, women – particularly women coming back into the workforce particularly when they're being offered a great role in the company – they'll often undersell themselves at that point.

"That salary inequity will often follow them throughout their career.

"We need to encourage our young women to, as they return to the workforce, say 'This is who I am, this is what I'm qualified in, I'd like to know what the pay rate for this particular role is that I'm applying for and what my peers with similar qualifications are getting.

"Often women who have been nurturing their babies – and that's a huge contribution to both their families and our society... we need to recognise that not only is that a huge contribution but, by crikey, those women learn a huge amount about human nature, about risk."