The new and undiscovered voices emerging in fashion are proving powerful as young designers look to tackle issues, themes and ideas directly related to the changing world around them.

These designers are entering an industry that demands unique creative vision, along with a great level of commitment and determination to push past self-doubt and sometimes, rejection. 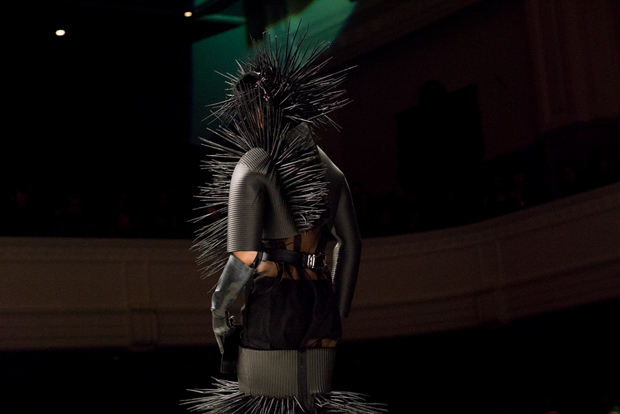 But opportunities like Dunedin iD Fashion Week’s International Emerging Designer Awards provide talented students and graduates from fashion institutions around the world with a chance to kick-start their careers on an international stage.

This year, 38 designers were selected from more than 100 applicants, and the pressure was on.

Individuals put their collections before an esteemed panel of judges which included; Kate Sylvester, Tanya Carlson, Stefan Siegel, Patti Huntington and London-based Emilia Wickstead, before showing their collections on the iD runway.

There was a vast array of aesthetics and approaches to design and each designer had a story to tell.

“My collection is all about freaks. I love them! I was inspired by the Dada movement for my collection, so I’ve used the Dada manifesto and taken photos of my friend and printed them onto my garments. In China people really love slogans, and some people love brand names like Gucci because they want to show their class in society. I use slogans in the opposite way because I don’t belong to any specific class, so I try to make people feel really independent. I came from Tianjin, a big city near Beijing, but from a small village so there was no real fashion there.” 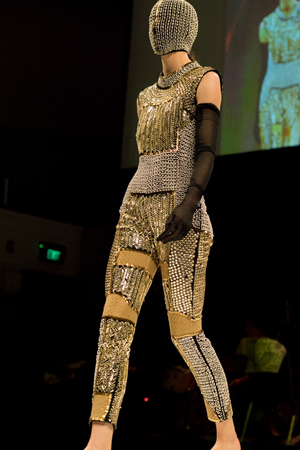 Yousef Akbar, 30, born in Saudi Arabia based in Sydney

“To me fashion is a form of expression, it’s about whatever gets me thinking and whatever gets me emotional. Throughout my research I looked at torture devices, especially devices that have been used during Victorian times. I’ve noticed that all these devices had screws and nuts and bolts that are tightened up to inflict pain on the victim. What’s interesting is that this little tool is also commonly known for mending and fixing things, so I wanted to use that throughout the collection. I’ve taken a dress that is dissected with lots of panels and  the idea is that it looks like its broken, but It’s been mended with screws. You can see the scars, you can see what this woman’s been through, but she actually emerges through that as a stronger person. “

"My collection is an exploration of the monster within human nature. It’s a Sci-fi collection where human tech is put against natural elements, so I’ve designed  deconstructed, frayed windbreaker jackets. The story and flow of a collection is more important than making pretty clothes. I’m not really inspired by cultural references as an Australian-born Chinese, but I might have been more open to how other people see me as an insider or outside in different situations. You know you’re on the periphery and that’s usually when you can make interesting decisions about decision. I don’t want to make collection after collection, I want to be more like a freelancer and maybe collaborate in art projects." 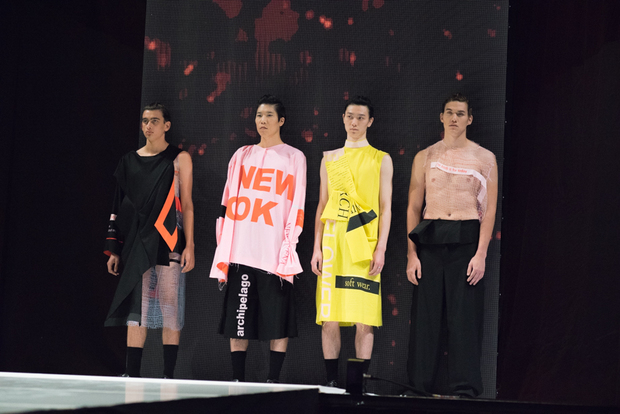 "It’s a love letter to the internet all about writing about yourself and your own body and sharing images of your body. It looks at fashion history and interrogates couture ideas but in deflated ways, so I look at the archetypes of gender and the hour glass woman and try to make that more accessible, and more free. The finishes are trying to be really high-end, so to produce these pieces is quite expensive and difficult. I just want to keep working and producing in a really free way." 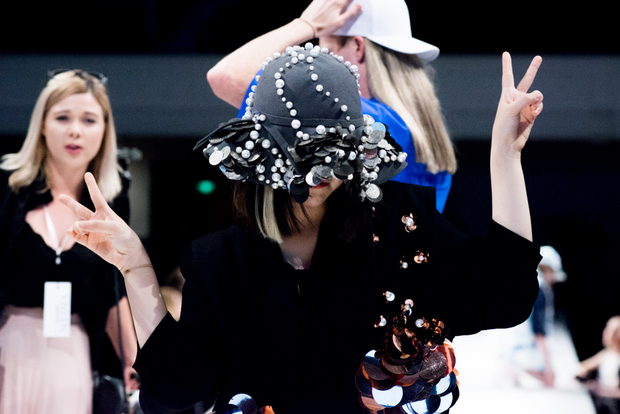 "I wanted to create a Frankenstein’s Monsters lover, so I used carnival florals as motifs to symbolise her…she is beautiful but also grotesque.  At first the colour palette was red,  green, black and very dark, but then as I was building her as an identity and working with textiles, it became very personal, subtle and romantic . I’ve also used sequins and got the idea of pimples and breaking out.  I wanted to create the idea of street couture. Australia is all about natural fabrics and Korea is very commercial with  tech fabrics, so I’ve been inspired by both."

Listen to the audio story where Sonia Sly goes behind the scenes to meet young designers who want to make their mark in the fashion industry and share their stories and creative vision with the world.