Reading music in braille is a daunting challenge.

Not only is there the problem of keeping in time – but the score itself is a bulky tome to handle, especially when you’re a member of a choir.

But Ken Joblin has handled the challenge well. 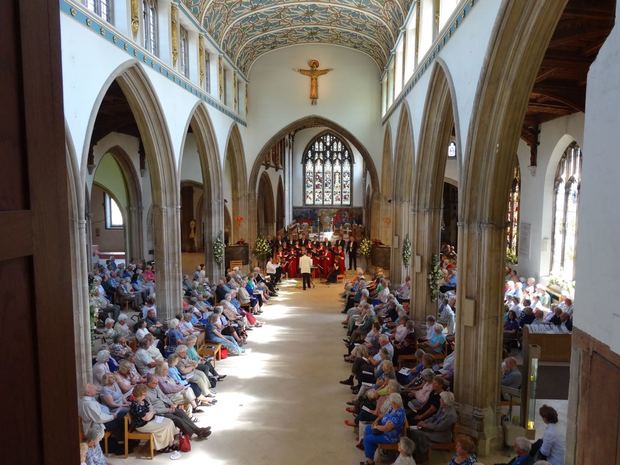 He is the bass section leader in the choir of the Cathedral of the  Blessed Sacrament, Christchurch (aka CBS Choir). With the support of his fellow singers, he joined the choir on its  seventh international tour –  performing in the cathedrals and major churches of Los Angeles, Chelmsford, Westminster, Dublin, Kilkenny, Killarney, Galway, Belfast, Glasgow, Edinburgh, York, Leeds, Liverpool and Birmingham. 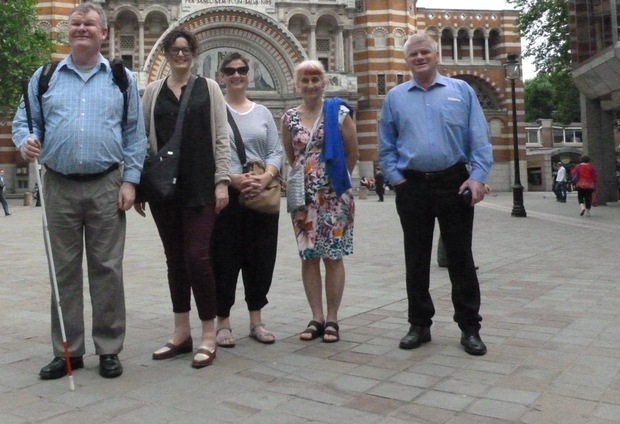 That meant taking a break from his job as the Tertiary Chaplaincy Coordinator for the Catholic Diocese of Christchurch, but it fulfilled a dream of visiting and singing in Westminster Cathedral, the Mother Church for Roman Catholics in England and Wales.

As the host and producer of a regular show on Plains FM radio in Christchurch, Ken took the opportunity to record his experiences along the way – the highs and lows of everyday travel, individual joys like a personalised tour of the Cathedral and the chance to test its great organ, and of course the choral performances that were the milestones of his pilgrimage.