Contraband cookies, crisps, or candy in a lunchbox are quickly reported to teachers by health conscious child informants.

“They will tell on [them] in the blink of an eye. Good informant system, it’s positive though.”

Bad-snack snitches are an unforeseen side effect of the Porirua primary school’s healthy eating policy. A policy that includes a ban on junk food, provides fruit and milk, and a community garden.

“Our healthy eating policy has been recognised by the heart foundation and we boast the most awards in the entire country,” Lester says.

“So I definitely see that as one of the reasons that perhaps links into our kids’ positive health and modelling of those kinds of practices that they can take into their adulthood and hopefully into the parenting of their children.” 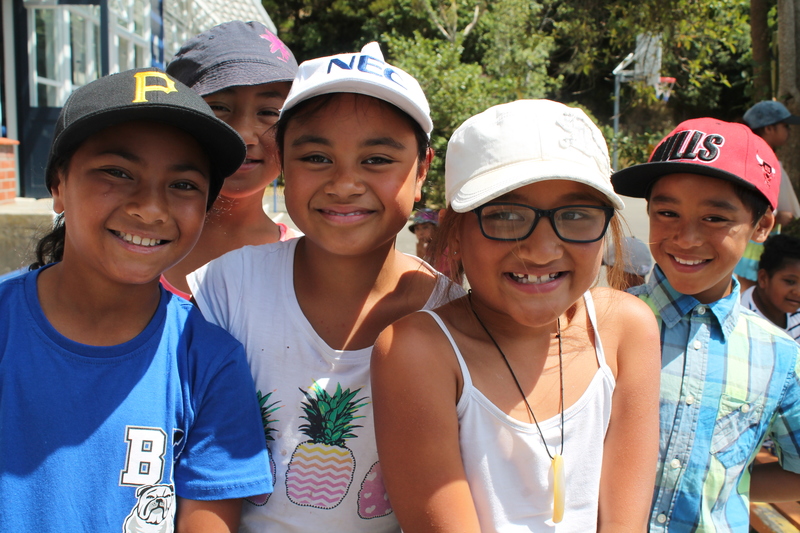 Students at Glenview School know to take good care of their teeth and have the smiles to prove it. RNZ Daniela Maoate-Cox 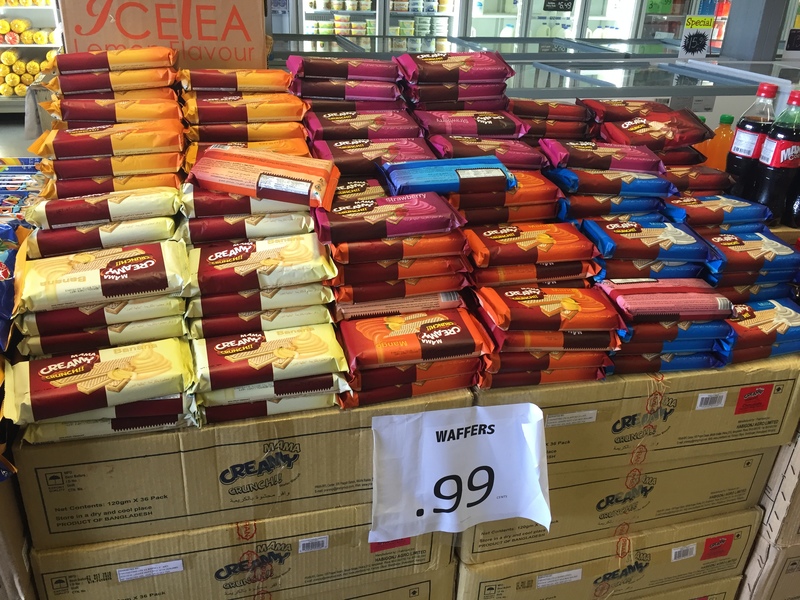 Teaching children how to make balanced choices when it comes to food is a major focus for teachers and health professionals in Porirua. RNZ Daniela Maoate-Cox 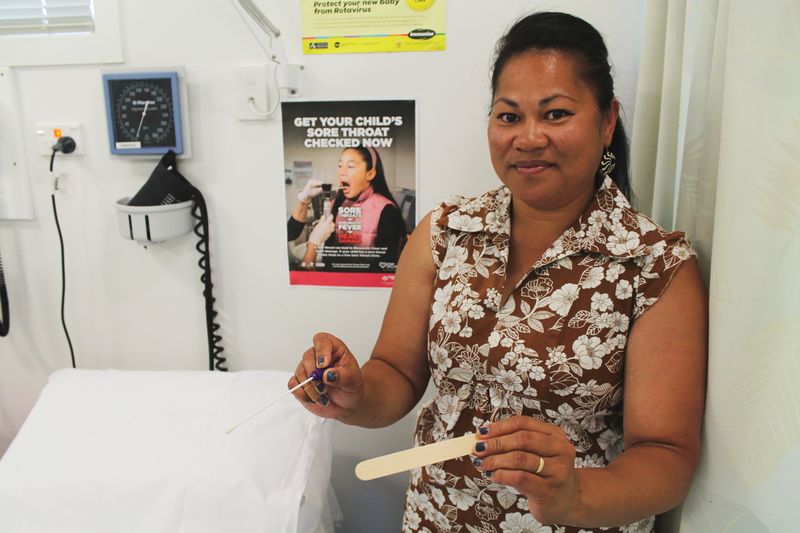 Practice nurse Litia Gibson says it's important to have discussions with parents about keeping their children healthy. RNZ Daniela Maoate-Cox 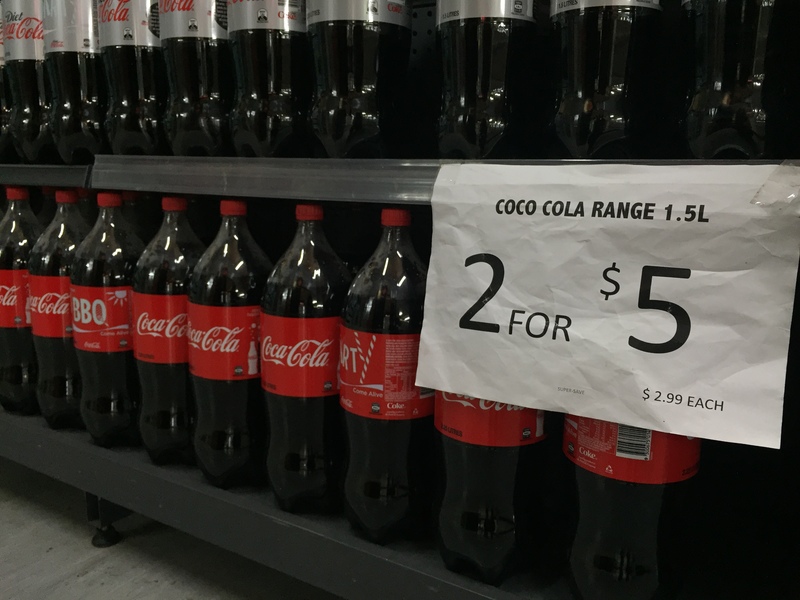 Fizzy drinks and energy drinks are often sent home from schools and milk provided for the students instead. RNZ Daniela Maoate-Cox 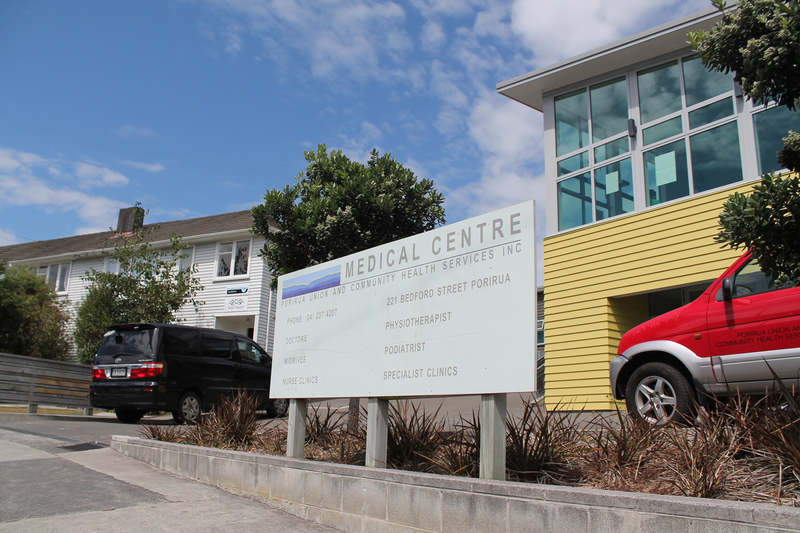 Nurses and doctors at Porirua Union and Health Service can swab up to ten throats each a day. RNZ Daniela Maoate-Cox

Some of the fruit provided by Fruit In Schools at Glenview. A healthy immune system is the best defense against rheumatic fever and the school places strong emphasis on establishing good habits. RNZ Daniela Maoate-Cox 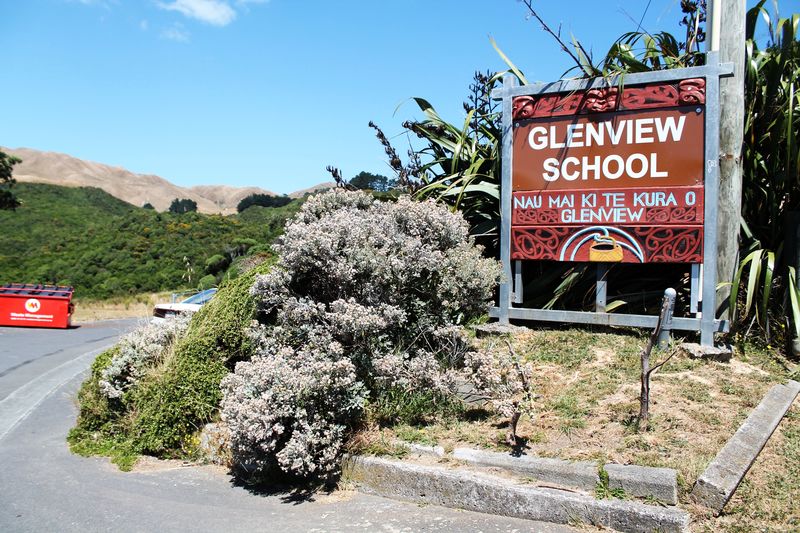 Glenview School's healthy eating policy has been viewed as dictatorial but deputy principal Lester Mohi says the longterm benefits are worth it. RNZ Daniela Maoate-Cox 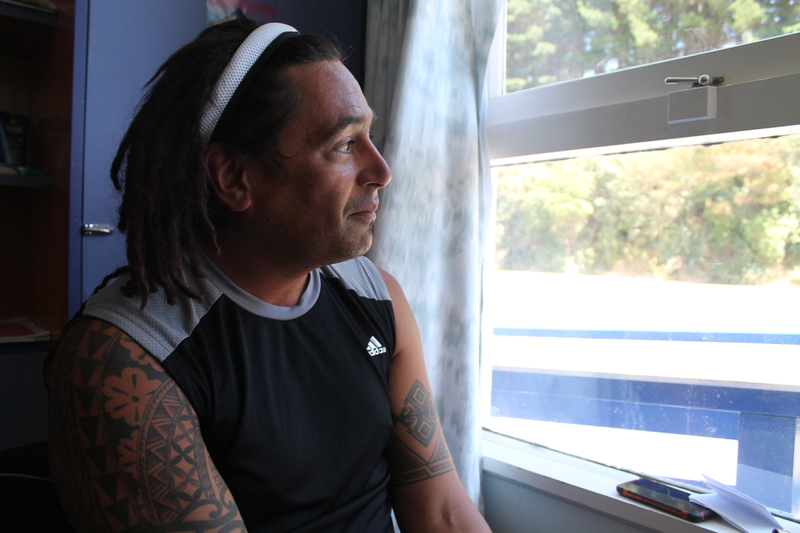 Glenview deputy principal Lester Mohi has a good view of the students playing from his office window. Exercise, including a competitive cricket match against Windley School, is integral to setting students up for a healthy life. RNZ Daniela Maoate-Cox. 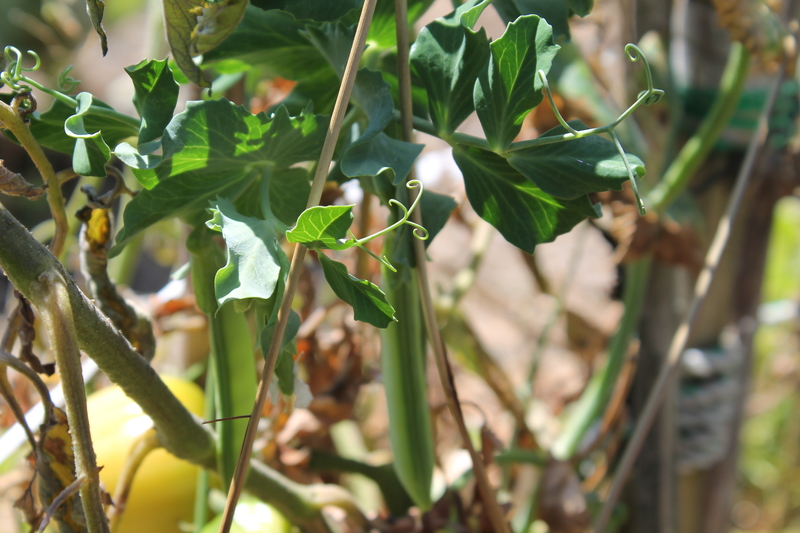 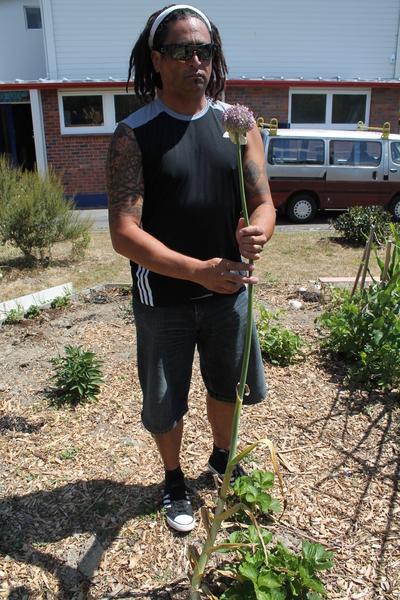 Glenview deputy principal Lester Mohi stands next to a tall leek in the garden. Teaching gardening skills helps develop low cost methods of food production for the children, some of whom come from low-income families. RNZ Daniela Maoate-Cox 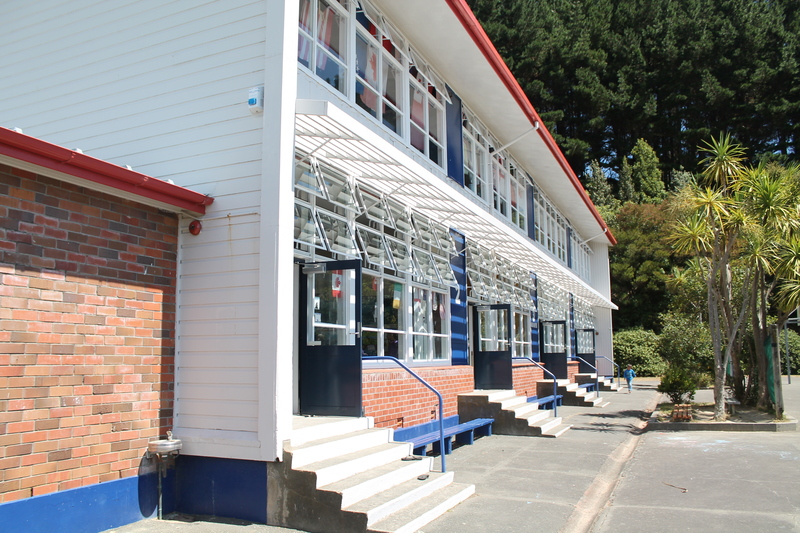 Classes are in session at Glenview School which has about 70 students. RNZ Daniela Maoate-Cox 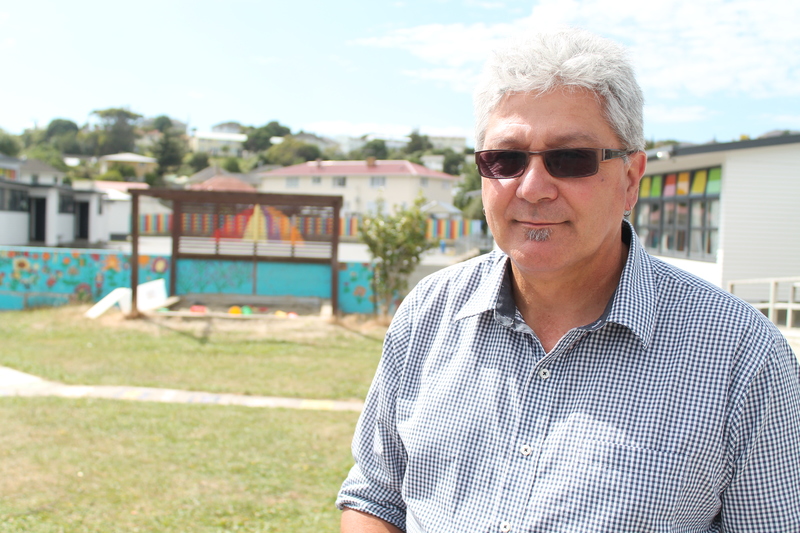 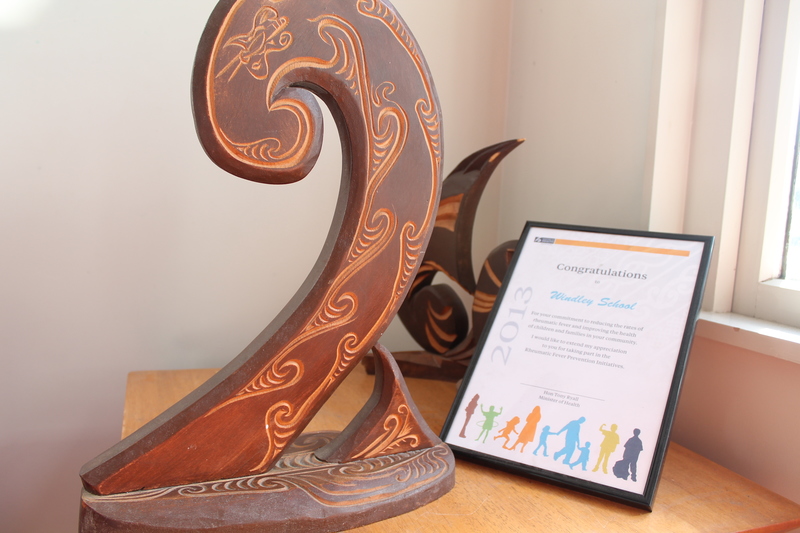 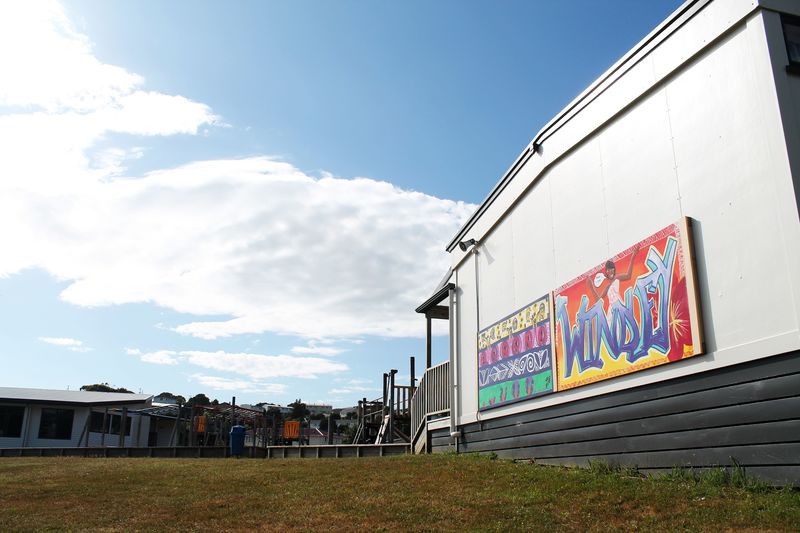 Windley School has over 300 students of which about 60 attend the daily free breakfast. RNZ Daniela Maoate-Cox 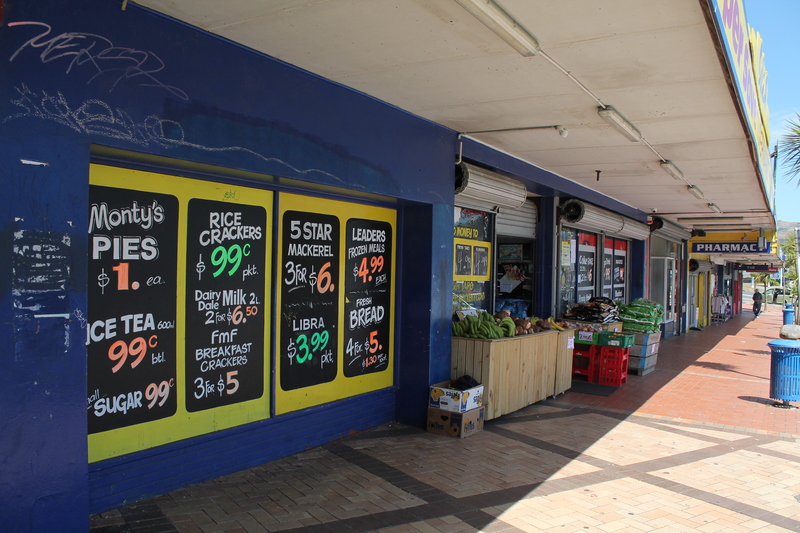 A shop in Cannon's Creek, Porirua, has fresh fruit and vegetables on display outside. Educating children on how to make healthy food choices is key to reducing rates of rheumatic fever. RNZ Daniela Maoate-Cox

Porirua has high rates of rheumatic fever, particularly affecting children, and a recent study suggests a connection between sugar and the illness.

So the school’s focus is on preventative measures to instill good habits from the start and stop health issues from forming.

Windley School has a similar ideology promoting exercise, and teaming up with organisations that provide free breakfasts, fruit and milk for the students to help build a strong immune system; the best defense against rheumatic fever.

But it doesn’t go so far as to ban certain foods.

“If they’re getting food from home to bring to school we think that’s a good idea,” principal Rhys McKinley says.

“Most foods, we just let them have... if you put in a food policy they might turn up with nothing.”

Establishing healthy practices is a long term solution with regular throat swabbing of students in schools taking place to catch streptococcal, or strep, throat which can lead to rheumatic fever.

Practice nurse, Litia Gibson, at the Porirua Union and Community Health Service can swab up to ten throats a day.

She says a whole range of factors contribute to the high rates of rheumatic fever such as poor housing, low incomes, and a lack of health literacy. 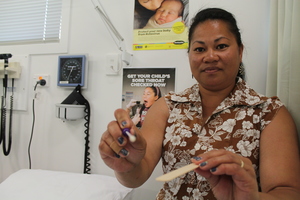 “It’s very hard to try to get into somebody’s house and teach them to clean their own home but when we get them out here we try and capture all of that in the discussions that comes out of those visits with mum and dad,” she says.

“The effects of those kind of social issues that impacts on their overall health, [on] the children who’ve got no voice, without mum raising those issues, or dad, they do tend to come in quite a lot so we see quite  a lot of recurrent sore throats throughout the year.”

But Litia says the situation is improving.

“Most of our families have come in with a better reflection of how they carry out their home management of their health and every time we raise the bar of the discussion.”

“We do it for a greater cause, it’s not just for what we do here in the community, it impacts on the nation, we don’t want to fall into a health care system that doesn’t look after it’s own people.”

For more information on rheumatic fever visit the Ministry of Health website here.