When Jazz Came to Town 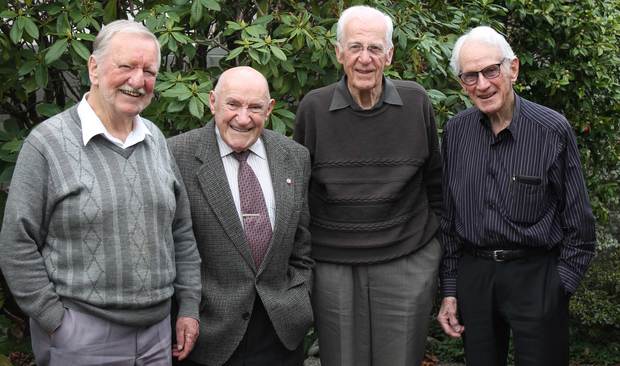 While they’ve got more than 300 years of jazz experience between them Christchurch musicians, Doug Kelly, Doug Caldwell, Harry Voice and Gerald Marston still struggle to pin down the mysterious allure of this musical genre.

As drummer and pianist, Harry Voice, puts it: “Something happens, you seem to mingle and you’re not playing anymore; you’re being played.”

However hard it is to pin jazz down, Doug Caldwell is clear about one thing: "When things are going good, it’s something really worth being in.”

In the 1950s they were all young musicians pioneering an exciting new genre in Christchurch.

Doug Kelly says that in those days there was no jazz school or tuition as such.

“We developed our own style - that’s the way we learnt.”

Doug Kelly's Radio Band playing at Christchurch's first Jazz Concert in 1951. Doug Kelly on the far left on trumpet. Gerald Marston is first on the left in back row. Doug Caldwell at the piano. Photo: Supplied/ Doug Kelly

All four played swing and bebop in big bands and Doug Kelly led the radio band that performed live on Radio New Zealand National, then 3YA in Christchurch.

And in July 1951, along with other local musicians, they staged the city’s first jazz concert to show off the style that was sweeping the country.

Doug Kelly’s band opened the gig with a lively version of  the song Elevation.

The concert filled the Radiant Theatre (later known as the Repertory Theatre) although, as Doug Caldwell explains, the hall administrators were reluctant to allow the use of the piano.

“That was the attitude - we were going to wreck the piano - because it was jazz. They didn’t know what it was.”

In the end the concert was a great success.

Gerald Marston says one of the beauties of jazz is that it allows musicians to feed off each other.

“It’s an infectious sort of a thing and if you’ve got an enthusiastic group of players, it’ll live.”

And he says part of the philosophy of jazz is acknowledging when one of your fellow musicians has done a good job on a solo.

“That’s the good thing about good jazz musicians they feel for one another.”

Katy Gosset tracked down some of those musical pioneers to hear their stories of when jazz came to town. 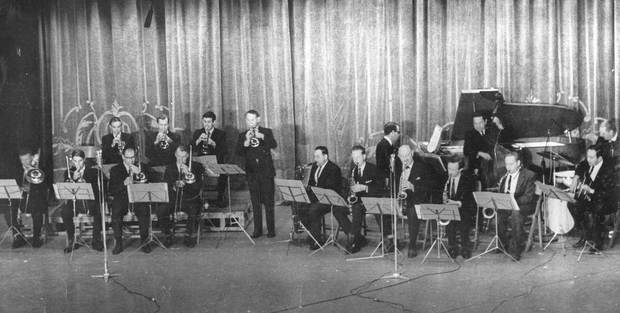