One Woman, One Ambulance, WWI

[ As a New Zealand woman] you are a bit of a pal, while an English girl, is a girl to be flirted with!”-  Deborah Pitts Taylor, England 1917. 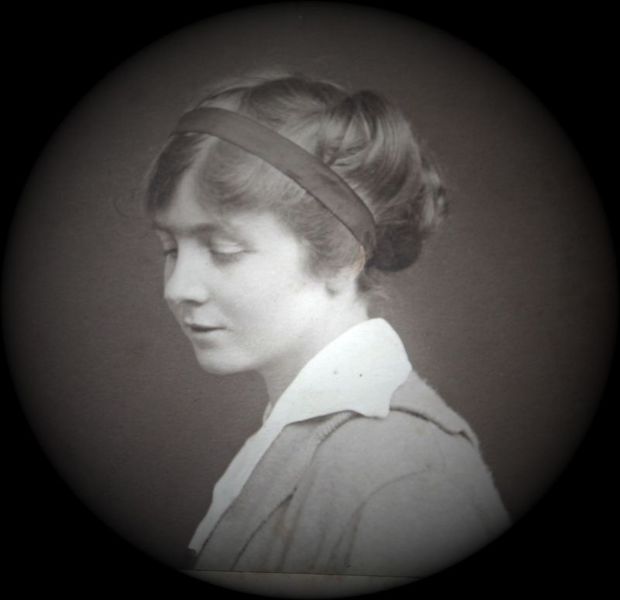 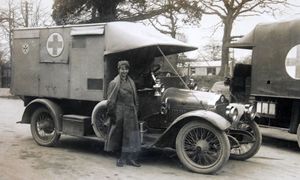 Over twenty one thousand soldiers were treated at Brockenhurst and only ninety three of them  died  and were buried there.

Every April, Brockenhurst marks Anzac Day. It’s one of a small number of places in Britain to do so. In Brockenhurst you’ll find an Auckland Avenue and an Auckland Place. Inside the village’s old Norman church of St Nicholas the New Zealand Flag hangs, and there are Maori weavings on display

The No 1 New Zealand General Hospital was established in the village in 1916. It was one of three New Zealand military hospitals in the United Kingdom, staffed and operated by the New Zealand Medical Corps to care for wounded members of the New Zealand Expeditionary Force.

100-thousand New Zealanders signed up to go to war, including over 500-women nurses.

Just as the hospital opened, young farming woman Deborah Pitts Taylor arrived at Brockenhurst to take up the job as ambulance driver. She’d come to the UK with her younger brother Brian who, at seventeen had been too young to enlist at home, but was able to sign up in Britain.  Deborah was one of three sisters and two brothers. Her older  brother George had already  gone off to  war.

As a kiwi, Deborah was unusual because she was one of few colonials amongst the ambulance drivers at Brockenhurst who were mostly men, and she was a woman who could get her hands dirty doing  basic maintenance work on the lumbering ambulances; undoubtedly to the admiration of her workmates.

Deborah was called a “V.A.D”, as a member of the Voluntary Aid Detachment. Over the war years she drove thousands of miles delivering dozens of wounded men who’d been brought in by ship to Southhampton, thirteen miles away on the coast from Brockenhurst.

She recorded the daily trials and joys of her life in diaries and letters home. Her granddaughter Janet Frater who knew Deborah well, has in her possession just one of the wartime diaries, from 1917 and many of those letters. 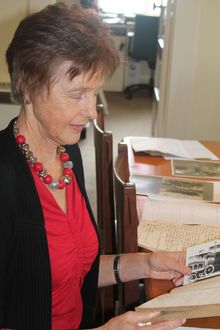 Janet Frater recalls her grandmother was always rather proud of her driving skills. In one light hearted letter Deborah confesses.

“We get six shillings a week more than the other V.A.D’s. It makes me blush with shame when I compare my job with theirs. But of course it’s only good luck because I have such good friends to help me out of difficulties”.

She goes on to describe her relationship with her male work mates.

“The mere fact of my being a New Zealand girl was enough for them to take me into their clan, so to speak. They treat a New Zealand girl quite differently. It’s very funny. They will lie down and die for you, if necessary, but you are expected to be very understanding, and put up with no end of teasing; and not to expect any pretty compliments, because you won’t get them. You are a bit of a pal, while an English girl is a girl to be flirted with! “

During those years Deborah lost first her older brother George, killed in France, and then her beloved baby brother Brian. She writes about George’s death in her 1917 diary.

“14th December 1917. Somehow I felt afraid last night and put it down to the dread of bad news.   I went to work….  I went down and a wire was handed to me. Oh it was awful. Just full of official wording that George had died of wounds in France. The formal words lessened the blow a little. I felt staggered. Yet, how I have dreaded this.” 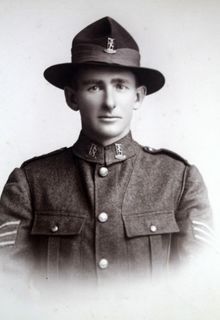 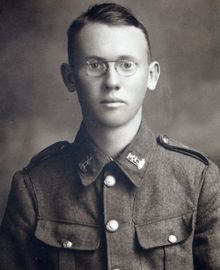 Deborah returned to New Zealand in 1918, to help her widowed mother who had moved to Auckland from the family farm. Deborah married returned soldier Seymour Spencer in August 1920. Seymour had been wounded at Gallipoli and gassed in France. Janet Frater says he clearly suffered from shell shock, or what we now know as post-traumatic stress disorder. When she was a child, Janet remembers him shouting out in the night.

Deborah was awarded an MBE in the New Year’s Honours list of 1920. Fittingly,she died aged eighty five, on Anzac Day,1979. In 2008 Deborah's 1915 diary was put up for sale through an Australian auction house (not by Janet Frater).  It was listed as "WW1 Diary of Great Importance" with an estimated  value of up to three thousand dollars. It didn't sell. 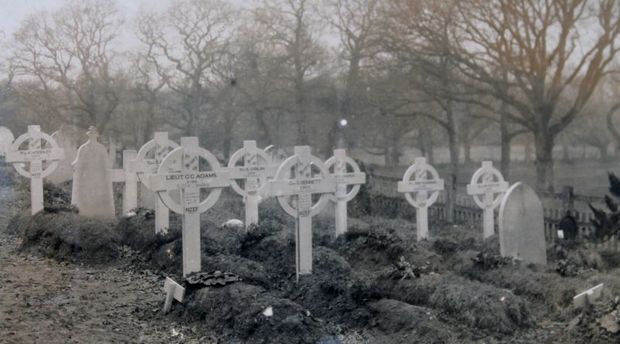