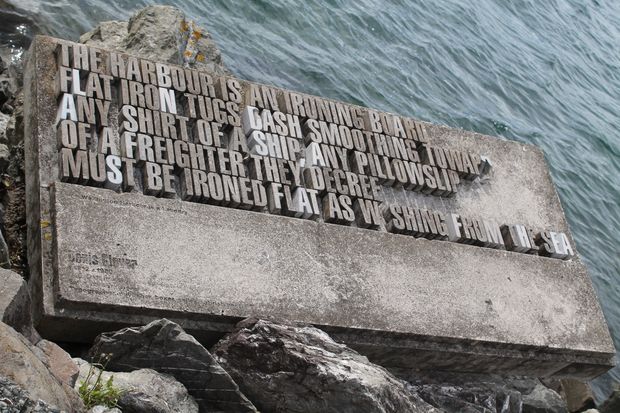 Flat-iron tugs dash smoothing toward any shirt of a ship…

– Poet Denis Glover, who saw Wellington harbour as an ironing board.

Lauris Edmond describes the Capital as:

A city of action, the world headquarters of the verb. 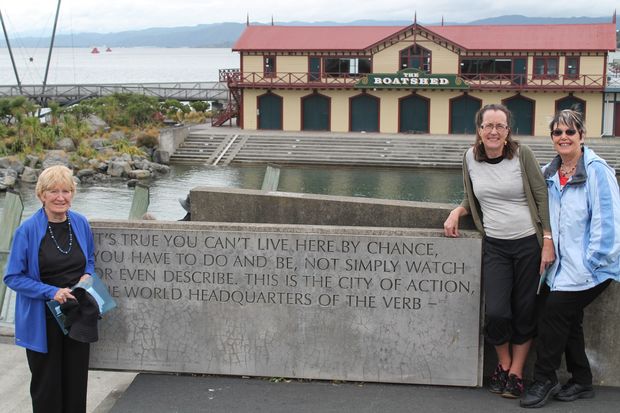 (From left) Barbara Murison, extract from 'Scenes from a Small City' by Lauris Edmond, Philippa Werry, and Rosemary Wildblood.

Wellington’s waterfront plaques and inlaid benches quoting from some of New Zealand’s finest writers do not confront, rather they have been placed, by typographer Catherine Griffiths and architect Fiona Christeller, to be discovered, to surprise the waterfront explorer. 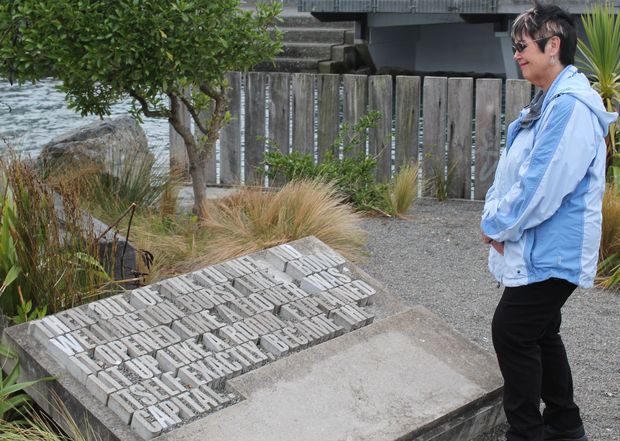 Maurice Gee's tribute is tucked away in a tiny inlet.

Stretching from the railway station to Oriental Bay, the Wellington Writers Walk pays tribute to 23 of New Zealand’s finest wordsmiths.

And Patrick Lawlor likened Wellington to:

Spectrum’s Jack Perkins accompanies Rosemary Wildblood, Barbara Murison and Philippa Werry, who fossick among the sculptured words of writers who have embraced the Capital in all its diversity. 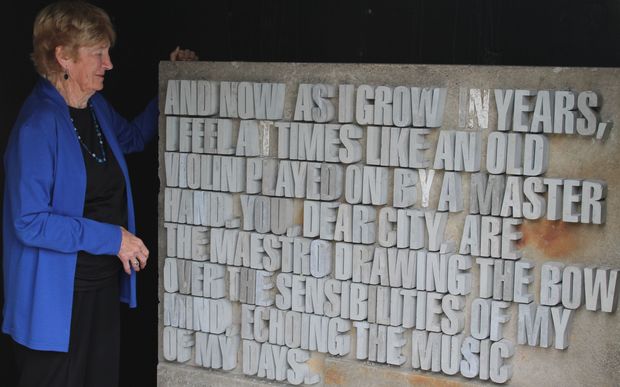